Western Berks fire crews rescued a man who was trapped inside a garage after a tree crashed down on his South Heidelberg Township home, slicing it in half Wednesday afternoon.

According to Police on-scene, at approximately 4pm, a tree removal company was cutting down a large tree near the residence, located on Weaver Road. In the process of removal, the tree fell the wrong way on the house.

Landing on the garage and parts of the house, the tree broke through the structure. The homeowner was inside the garage at the time the tree fell.

Police say tree branches encapsulated the homeowner making it difficult for rescue crews to get him out. Fire crews supported the tree trunk and remove branches for the rescue.

It took roughly 45 minutes for the homeowner to be pulled out from under the tree. He was transported to the hospital for minor injuries. 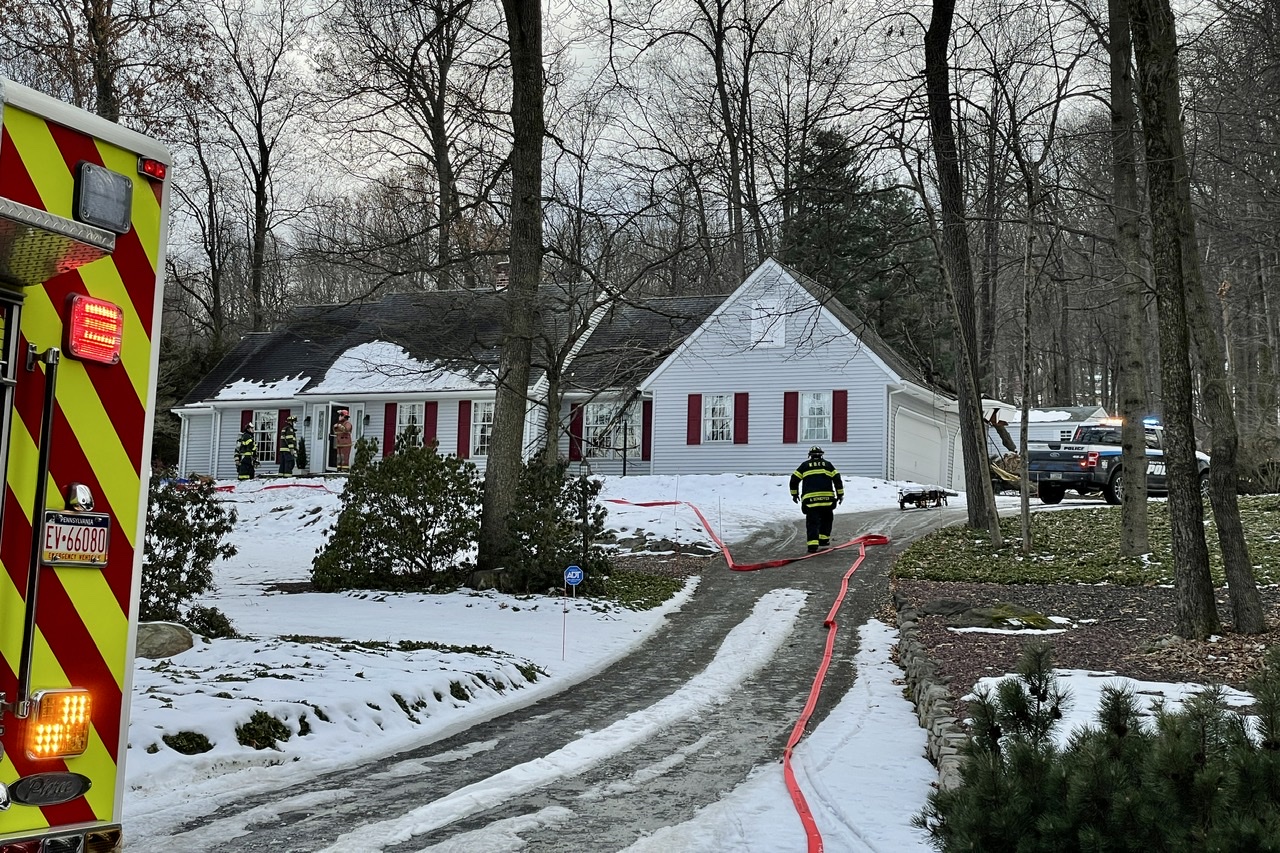