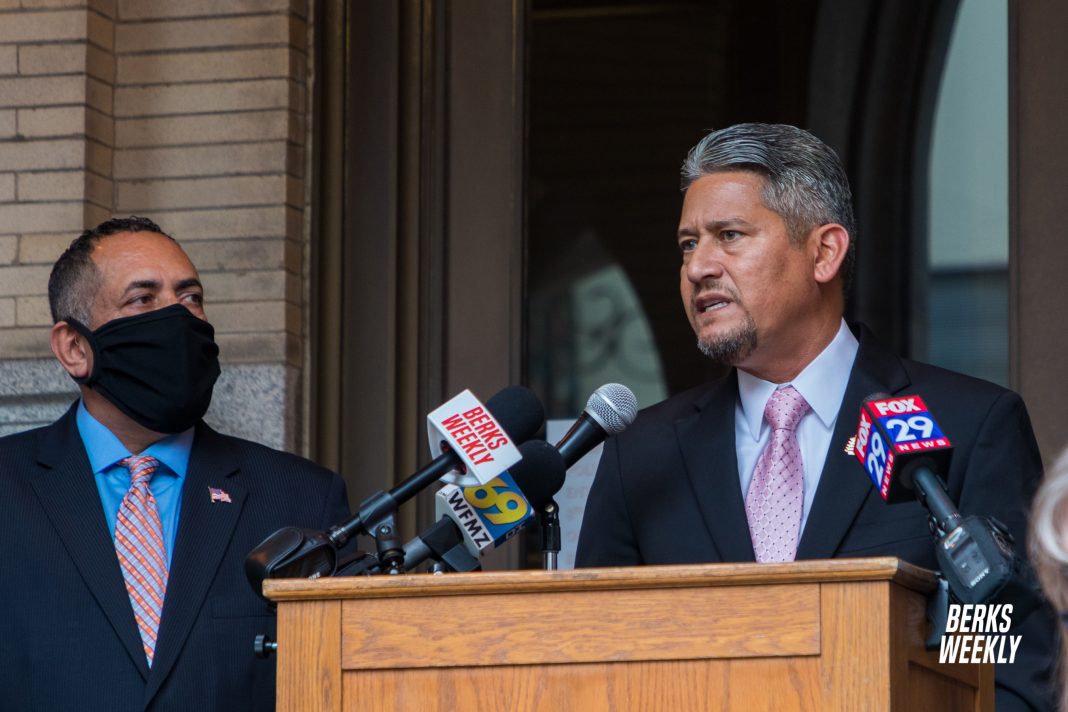 Reading’s Managing Director, Pedro Cortés, announced his departure from the city Tuesday afternoon during a press conference on the steps of city hall. Cortés did not elaborate on why he is leaving, only stating it is for personal reasons.

Previously, Cortés served as the Pennsylvania Secretary of State, leaving in 2017. He was hired as Reading’s Managing Director in January.

“I’ll be honest with you, I didnt want him to leave, of course. I did all I could” said Mayor Moran, opening the press conference. “Respecting Pedro and his decision, we worked together to find a suitable replacement.”

”Please believe me when I say the decision was difficult” said Cortés. “The last nine months have not only been productive, but have allowed me to assist one of the finest human beings I have ever had the pleasure to serve.”

During the press conference, Cortés revealed he and the Mayor have been working for the past few weeks to find a replacement Managing Director for the city. Cortés recommended his former Colleague, Abe Amorós.

“It is my hope that City Council members will agree with me that he is qualified to perform his role” said Mayor Moran.

”Public service has been a key part of my life, not only professionally, but personally” said Amorós in his opening remarks. “Please know I will take this role seriously for the benefit of the residents of the City of Reading, a dynamic third class city on the upswing.”