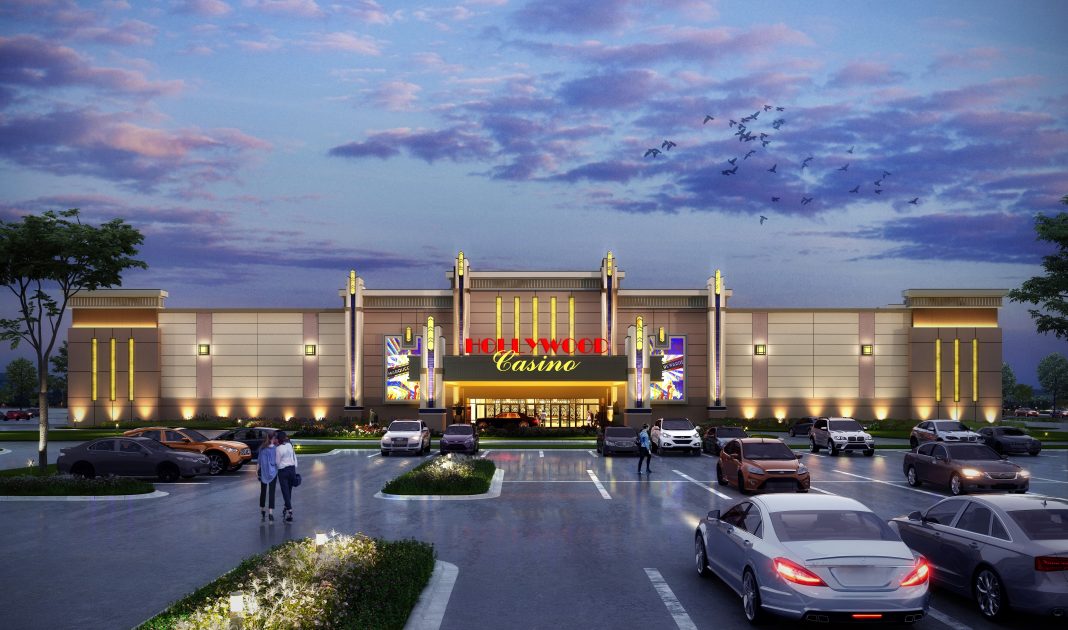 Penn National Gaming, Inc. announced today that it has received licensing approval from the Pennsylvania Gaming Control Board and will soon begin construction of its Category 4 Hollywood Casino Morgantown on a vacant 36-acre site in Caernarvon Township, Berks County. The planned facility will be adjacent to the intersections of three major roadways: the Pennsylvania Turnpike (I-76), I-176, and the Morgantown Expressway (Rt. 10).

“We are very pleased with today’s unanimous approval and appreciate the diligence of the PGCB and their staff,” said Timothy J. Wilmott, Chief Executive Officer for Penn National Gaming. “We look forward to beginning the development of Hollywood Casino Morgantown promptly following receipt of all requisite approvals. The property will be ideally located to draw customers from the heavily populated suburbs to the west of Philadelphia, while also protecting our existing market share at Hollywood Casino at Penn National Race Course.”

The development of Hollywood Casino Morgantown represents an overall investment of nearly $111 million, inclusive of license fees for the property’s slot machines and table games. The approximately 80,000 square foot facility will feature 750 slot machines and 30 table games, with the ability to accommodate an additional ten table games. Hollywood Casino Morgantown will also offer a sports and race book, a signature restaurant, an entertainment lounge, and a food hall. The facility is expected to generate approximately 250 new local jobs and more than 275 construction jobs. The construction timeline is anticipated to be approximately 18 months.

Penn National was awarded the Commonwealth’s first and fifth Category 4 licenses on January 10th and April 4th, 2018, respectively. Category 4 gaming facilities are authorized by law to operate up to 750 slot machines and 40 table games, and tax revenue is dispersed at the state, county, and local level. Caernarvon Township will receive 2% of gross tax revenue on slot machines and 1% from table games.

“Hollywood Casino Morgantown will become an economic engine in Caernarvon Township and in Berks County, which has been our home for over 45 years,” said Wilmott. “We have already met with local workforce development organizations to begin the process of identifying our future Team Members, and look forward to creating roughly 250 new permanent jobs and 275 constructions jobs right here in our backyard.”