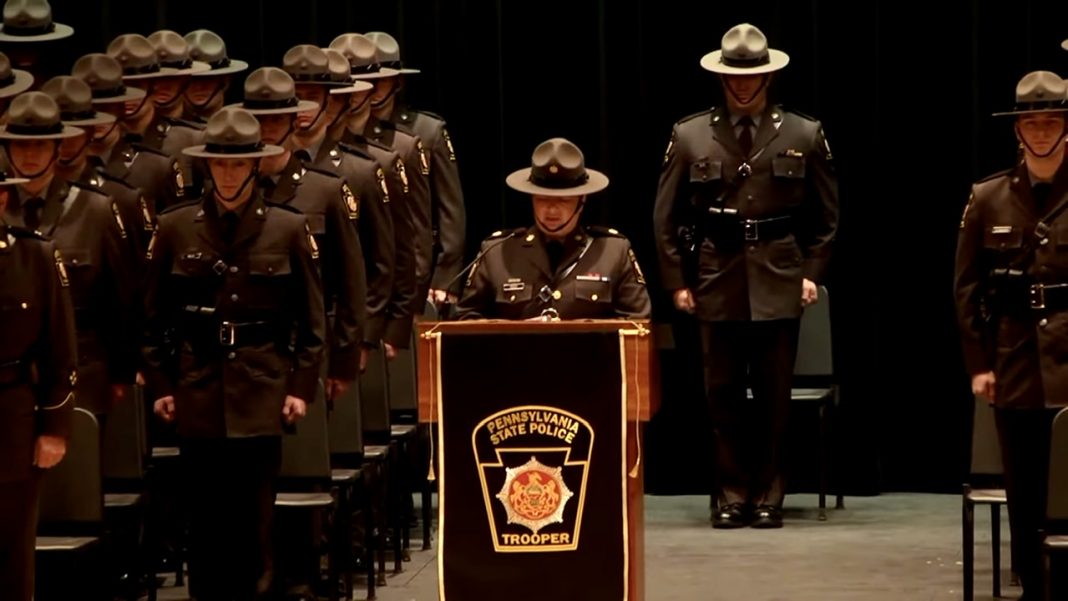 Colonel Evanchick told the cadets they have been given the tools needed to succeed. He said it is now up to them to apply what they have learned.

“I ask you to never compromise yourself or your fellow troopers, and always maintain your honor and integrity,” said Evanchick. “I have full faith in your abilities and devotion to protect and serve the residents and visitors of this commonwealth.”