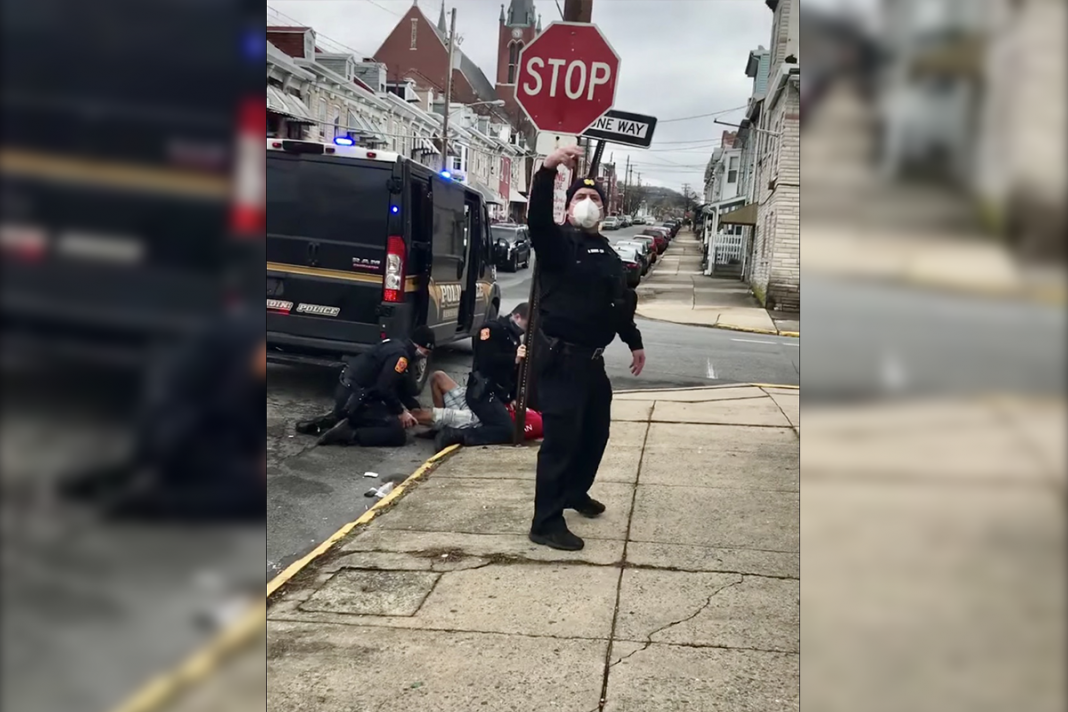 An internal investigation is underway after a video shows a Reading Police officer calling a woman “ghetto girl” Monday during the arrest of a man on South 11th Street in Reading.

The video begins as several people walk up to two Reading Police officers holding a man to the ground, one with a visible head wound. As bystanders get closer an officer says “he tried to run ma’am”, explains to the bystanders why he can’t get off of him, and urges them to leave “stop, get back please”.

Concerned they are hurting the man, bystanders begin to question the manner in which the Police are holding him to the ground. That’s when a third officer approaches the bystanders from an RPD transport van yelling “shut up and get out of here”, in an attempt to move people back from the scene.

At this time, a woman comes down the street yelling at the officer. As the officer turns around to go back and assist, he turns back around and says “yeah come on”, encouraging the women to come back and then says “shut up ghetto girl”.

As the woman continues to yell at the officer from down the block, he then yells back “go back to the ghetto” twice. A short while later the same officer approaches the group and another argument between the woman and the officer ensues.

Additional officers eventually arrive on scene and the man is placed in the back of a Reading Police van. Police have not released details on why the man was being arrested.

Mayor Eddie Moran reacted to the video Tuesday. “We take this matter very seriously and demand accountability from each of our public servants. I have made it abundantly clear that I will not tolerate any offensive behavior nor comments as they relate to our residents.”

The Reading Police Office of Professional Standards is conducting an investigation of the incident which includes a review of the body worn camera of the officer.

Mayor Moran says the officers conduct is contrary to his goals of engaging the community in a positive way and says the results of the investigation will be provided to him and Reading Police Chief Richard Tornielli once it is completed.