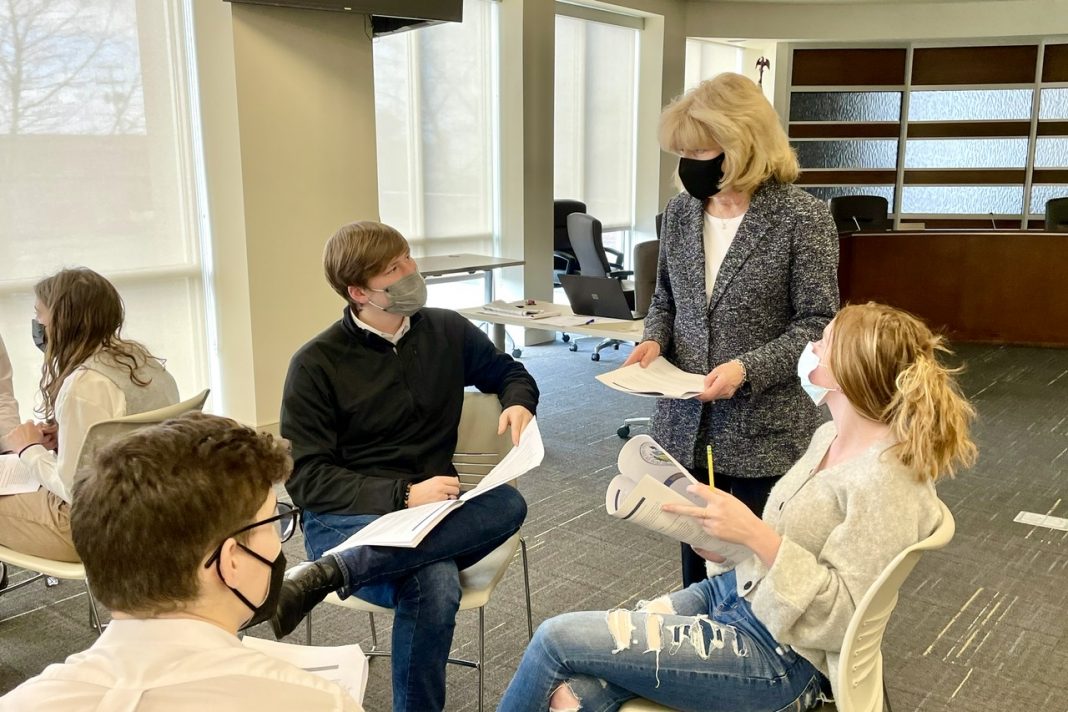 Sen. Judy Schwank (D-11th district) welcomed roughly 40 students from local high schools to her office in Muhlenberg Township to participate in the first of three sessions for her annual model senate program.

After a year off due to the pandemic, the model senate has returned. Since 2013, Schwank has invited students from local public and private schools in her district to participate in the program. The model senate consists of three days, two of which take place at Schwank’s district office and the final day at the State Capitol Complex in Harrisburg.

The students elected a governor and leadership positions for each caucus. After that, each caucus met separately to discuss the bills they will consider during committee hearings.

Each student is assigned to a committee. During the upcoming session in March, each committee will hold hearings with an expert testifier and ask questions about the bills that are being considered.

Students are given a packet of suggested bills but are encouraged to make changes or come up with their own. Many of the bills in the packet are based on real legislation currently being considered in the Pennsylvania Senate.

“Over the years, we’ve had great success with the model senate,” Schwank said. “The students seem to have a lot of fun doing it and hopefully they come away with a better understanding of government and the legislative process. Now more than ever, I think it’s important for kids who are interested in politics and government to get an idea of how things really work and start getting an idea of how they can be a positive influence.”

Schwank also said she believes the model senate is an opportunity for students to get a feel for government before they enter college and decide which major and career path they’d like to pursue.