The Western Berks Fire Department drone program may only be months old, but has already made a big impact on the region. On Friday, the department showed off its drone to Berks County Commissioners and several public safety partners in a demonstration that showcased its use in hazmat situations, fire investigations and search & rescue missions.

“On its maiden flight it actually found a missing person in Marion Township” said Renshaw. “After about 20 minutes of flying one of our pilots located this individual using the thermal camera so it goes to show how versatile the technology is.”

Western Berks Fire debuted the drone during national night out, held at Wilson West Middle School in Lower Heidelberg Township in early August, giving the public a chance to see the drone for the first time. 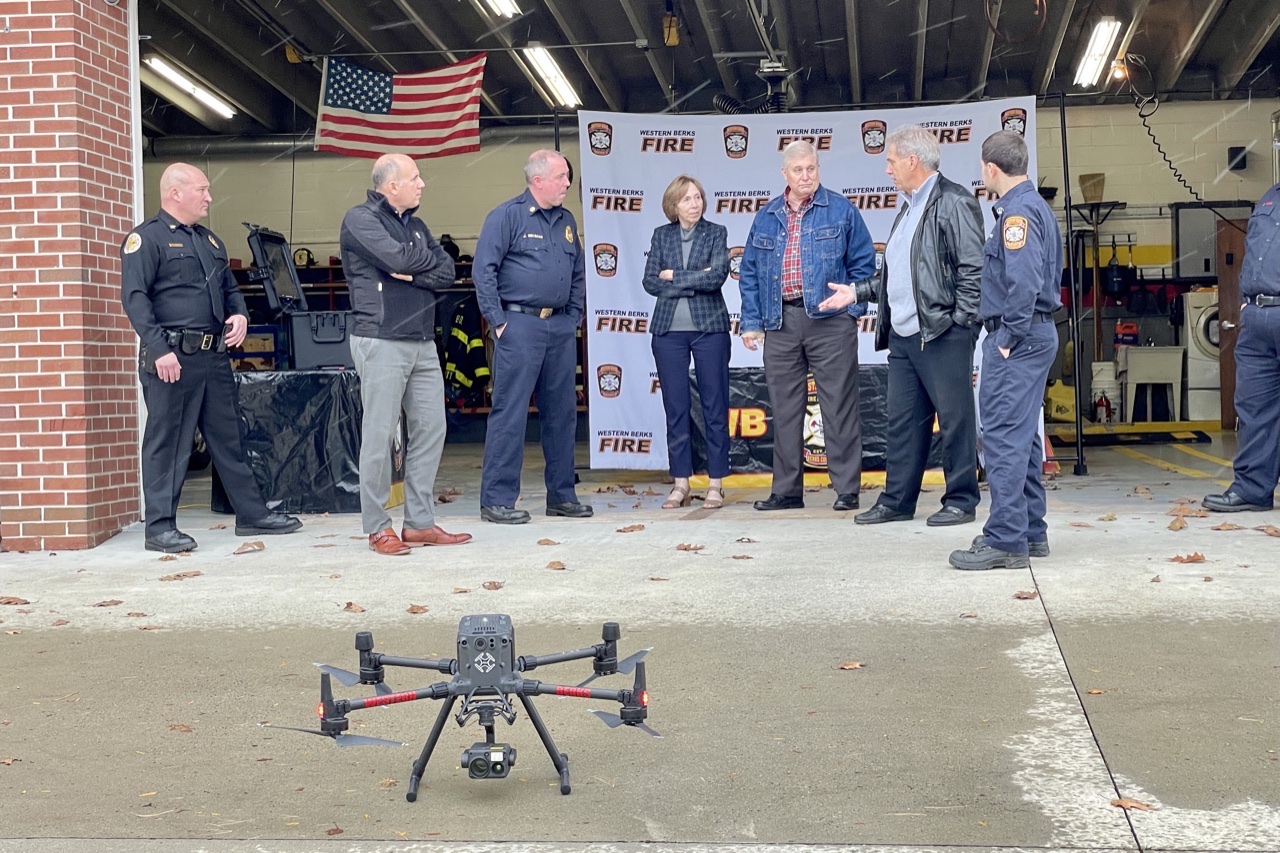 The drone was funded through a grant by the Pennsylvania Office of the State Fire Commissioner, which covered the full cost of the drone at $12,599. The drone comes standard with a mounted zoom camera, but also has the capability to mount a thermal imaging camera, spotlight, and even a loud speaker.

In addition to the drone, Renshaw gave the group time to experience the command box. “This command box is a screen and battery pack, with storage for other payloads that can be used with the camera” said Renshaw. “This gives an incident commander of a scene, whether it be police, fire, or ems, who may be separated from the pilot, the same view that the pilot is seeing on their controller.”

“We appreciate everybody for coming out and we hope this technology will be able to save lives within the County or within the region” said Renshaw.