Women’s March of Reading Relocates Inside Due to Weather

The 4th annual Women’s March of Reading was scheduled to be held at Reading’s City Park Saturday morning. Unfortunately, due to the winter snow storm, the march up Penn Street to City Park was cancelled. In place of a march, the group instead gathered inside the DoubleTree Hotel auditorium.

Over 100 people showed up to hear speeches from several speakers who advocated for the rights of women, voting, and minimum wage. The mission of Women’s March is to harness the political power of diverse women and their communities to create transformative social change.

“It’s important to have a sister women’s march because it happens at the same day and time as all the other marches across the United States” said event organizer Raquel Capellan.

“We are here to defend and empower our rights, take control of our government again, and to unify each other.” 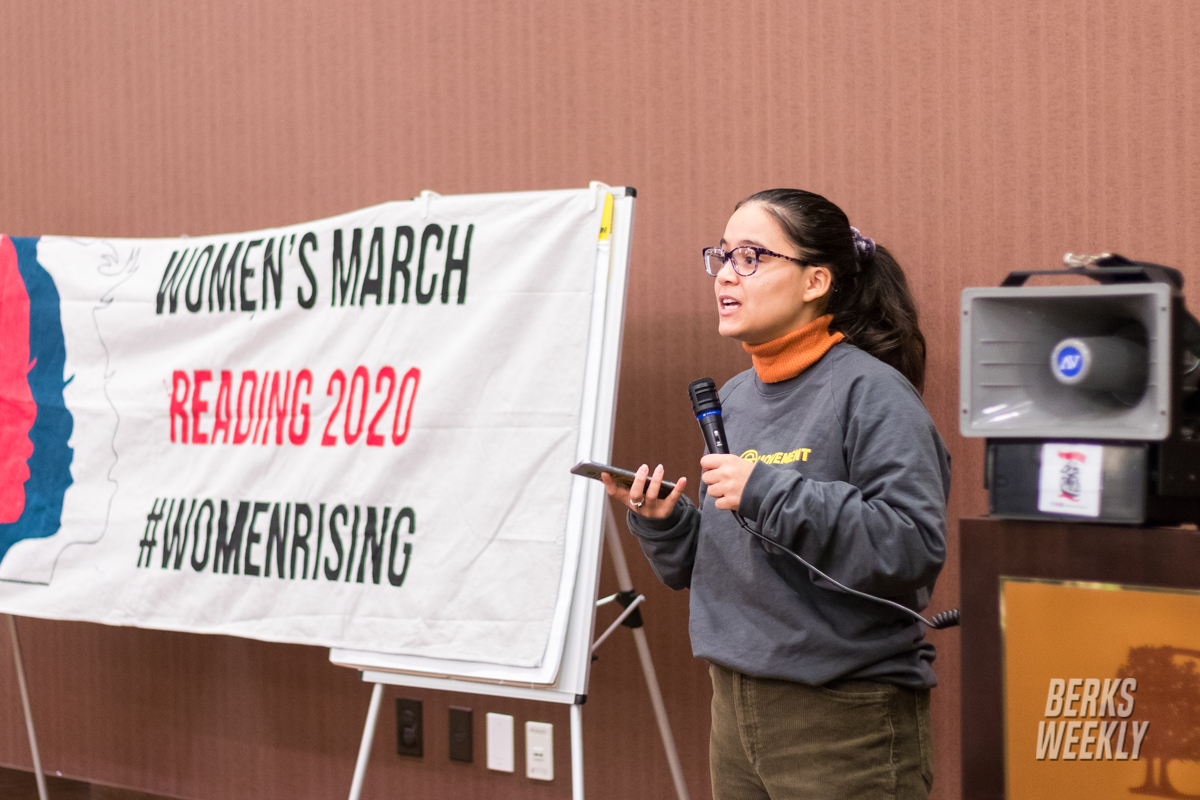 Several women spoke to the crowd, sharing everything from personal stories to empowering messages. The event even brought out local officials, including all of the women members of Reading’s city council and newly elected mayor, Eddie Moran.

One of the speakers, Kadida Kenner, traveled from Harrisburg to speak about minimum wage. “I wanted to speak about the importance of raising the minimum wage here in Pennsylvania and how it impacts so many women’s lives and families.”

“We’re stuck at the federal level at 7.25, those are poverty wages, and every single state around us has increased the minimum wage, including West Virginia” said Kenner. “We need to make sure we keep our young people here in the state.”

“We need to make sure we’re proving wages for folks so they can afford college, and afford the basic necessities. No ones trying to get rich off of minimum wage, we’re just trying to survive.” 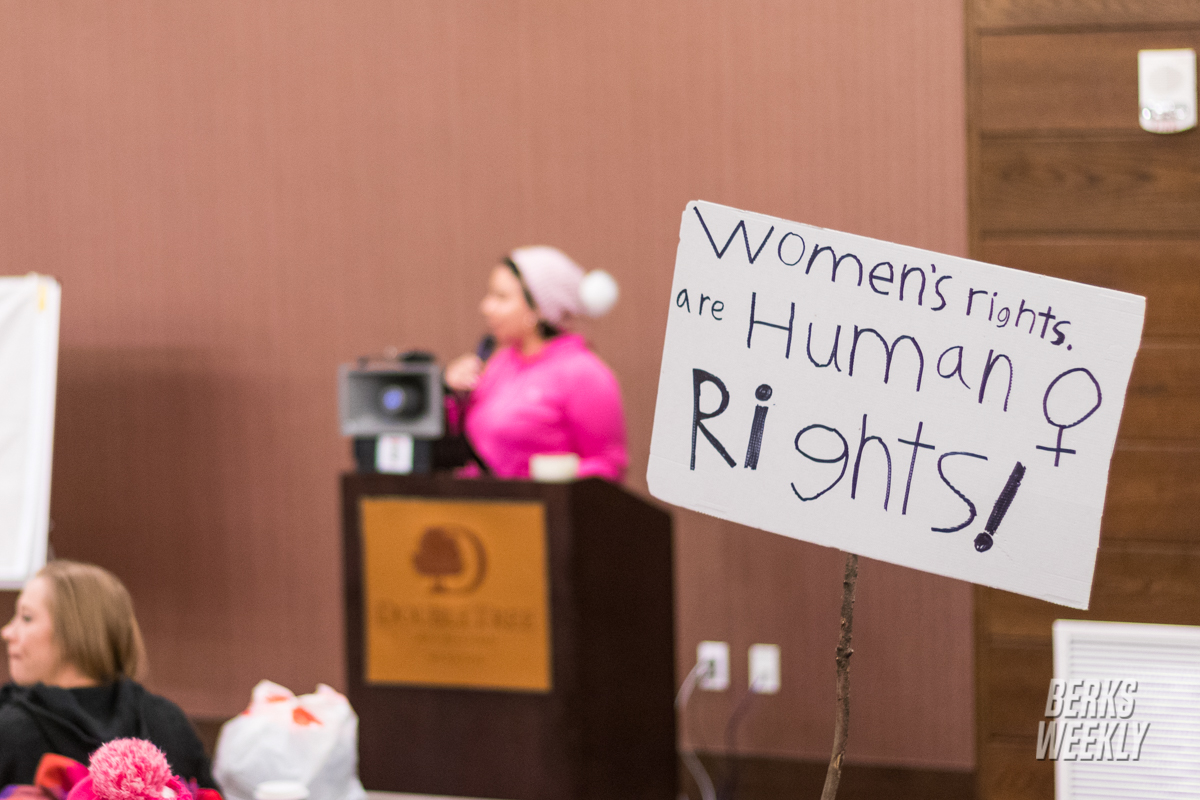 Patti Rose was in the audience at the event. She believes it’s important for women to stay apolitically active and have their voices heard.