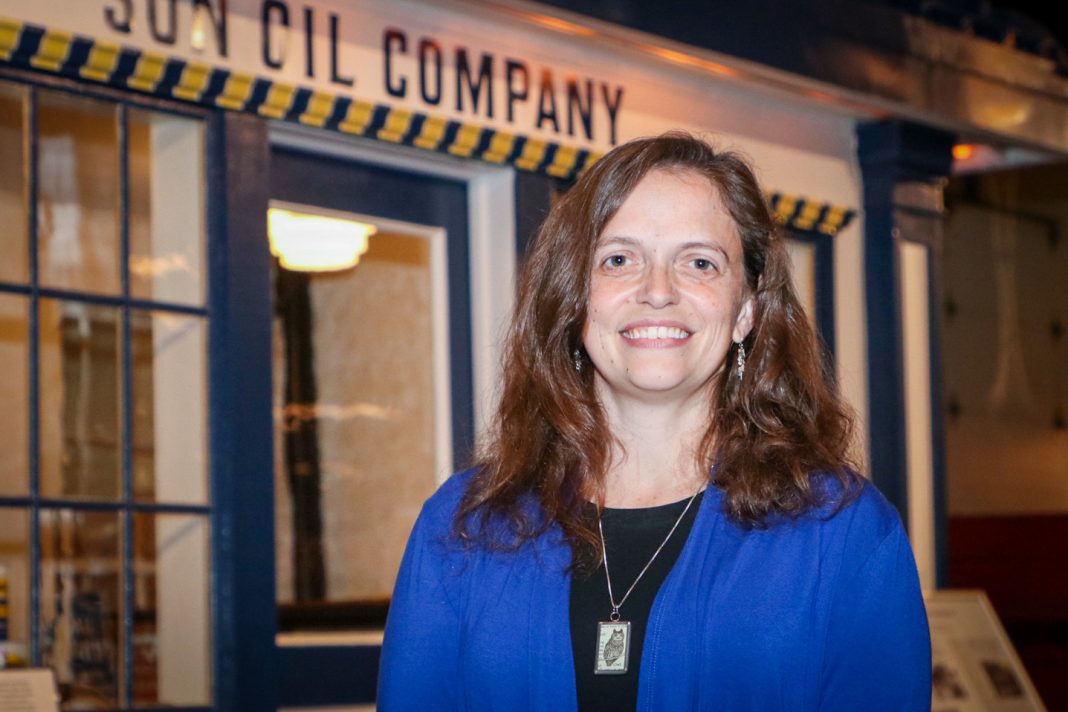 The Board of Directors of the Boyertown Museum of Historic Vehicles has promoted Kendra Cook to the position of Executive Director.

Cook started in 2004 at the Boyertown Museum as an intern and was later hired as the Curator in 2008. Most recently, Cook has served as Curator/Manager for the Museum.

President Bernard Hofmann remarked that, “It was our lucky day when Kendra joined us as an intern. She has learned and matured into a most effective leader.”

“I’ve seen so much growth at the Boyertown Museum over the years thanks to all the hard work of the Board, staff, and volunteers. It’s been an honor to witness and be a part of such growth, and I’m humbled to take the wheel and continue moving the Museum into the future,” Cook said.

The Boyertown Museum of Historic Vehicles is a 501c3 nonprofit organization founded in 1965 by Paul and Erminie Hafer.

The Museum, located at 85 South Walnut Street in Boyertown, Pennsylvania, preserves and displays examples of Pennsylvania’s road transportation history in the former factory buildings of the Boyertown Auto Body Works.

Over ninety locally manufactured cars, trucks, carriages, bicycles, and motorcycles are on display, as well as two examples of roadside architcture, a 1921 cottage style Sunoco gas station, and a 1938 Jerry O’Mahony diner.

The Museum is open Monday through Saturdays, 9:30am-4pm. Admission is $10 for adults, $9 for seniors and AAA members, and ages 15 & under are free.