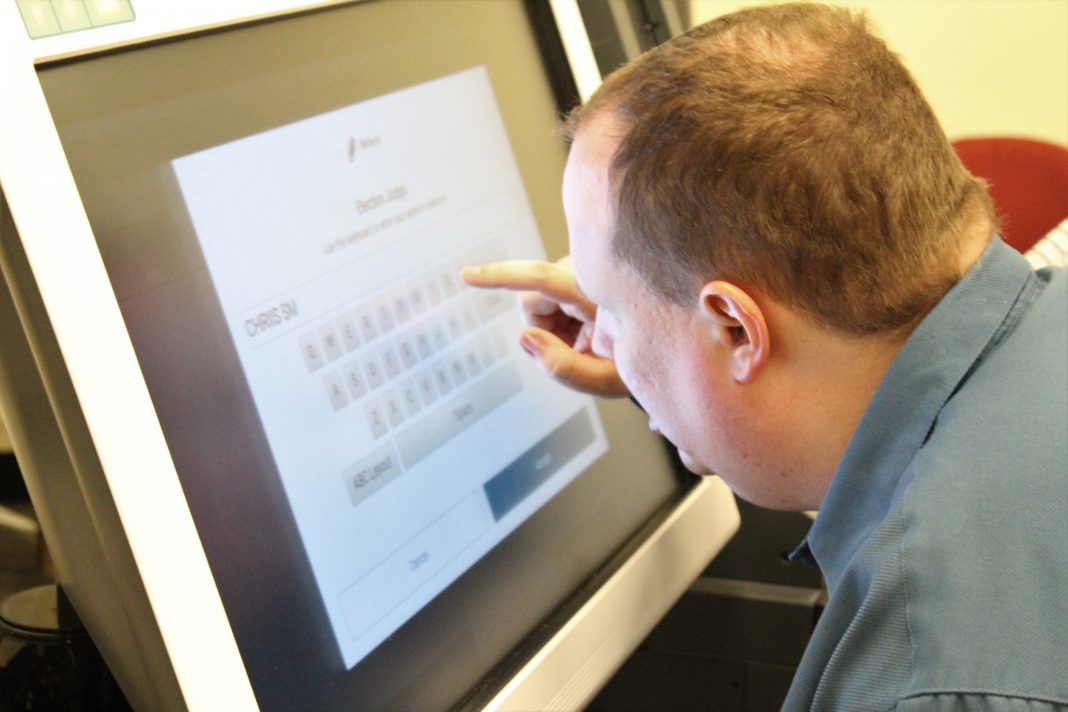 Representatives from Abilities in Motion visited the Pennsylvania Capitol Complex on Tuesday to test the accessibility of new voting machines for the Department of State. Participants provided feedback to help make voting more accessible for all, and therefore make elections more equitable.

A voting systems analyst from the PA Bureau of Election Security and Technology invited representatives from Abilities in Motion to help test the new voting machines for accessibility.

Examiners representing the Center for Civic Design, a leading authority on usability and accessibility for ballot design, ballot standards, and voting systems, conducted the testing and evaluation.

“We bring civic design skills in research, usability, design, accessibility, and plain language to improve the voting experience, make elections easier to administer, and encourage participation in elections,” the Center for Civic Design, a non-profit educational research organization, states on their website.

Through the testing process, the examiners received feedback from voters who use accessible devices during voting. The testing process required participants to mark, verify, and cast a sample ballot with any assistive features they would normally use; provide input about the experience and identify any issues experienced; and suggest ways the system can be set up to be easier for use. 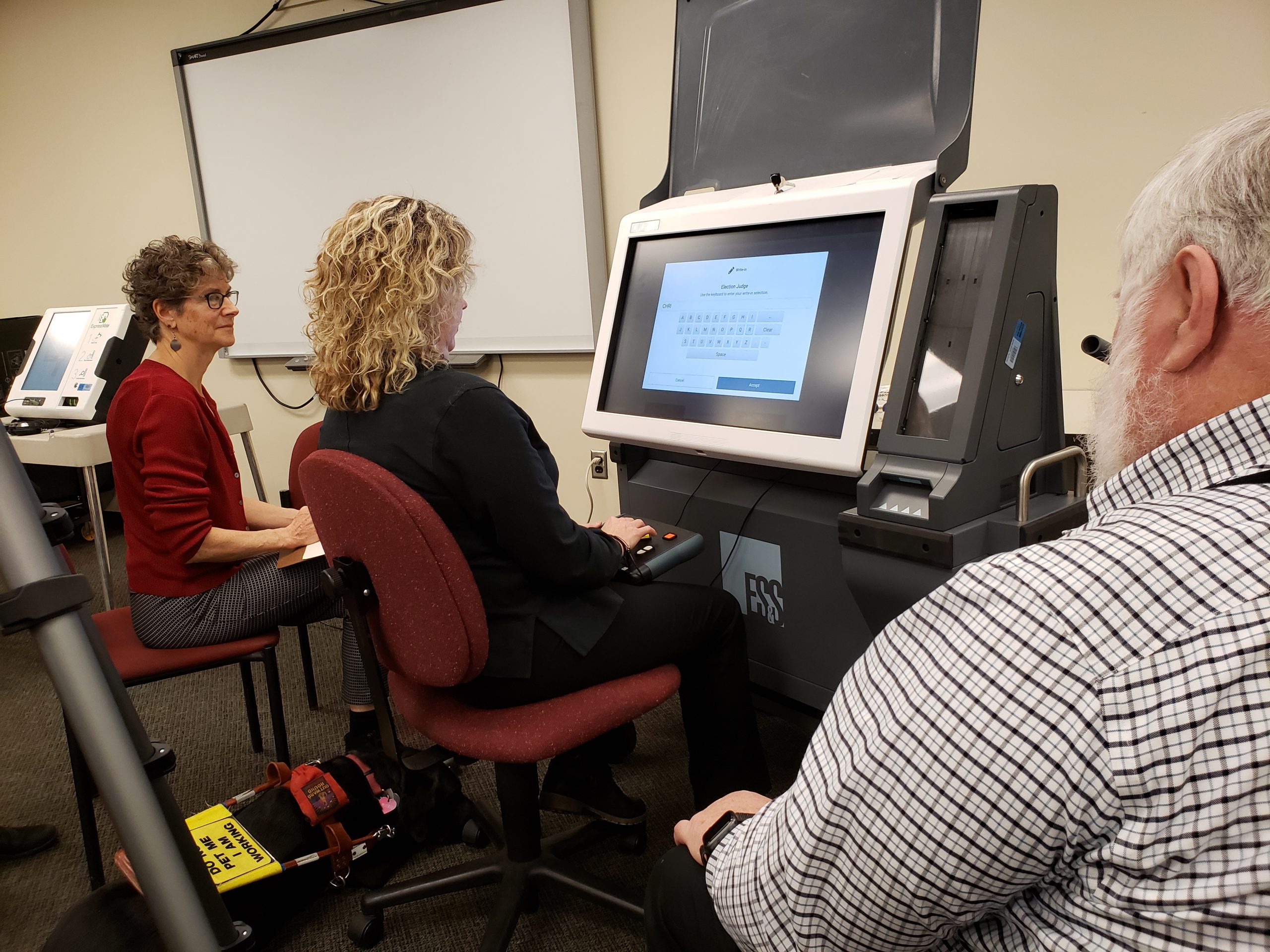 For Laura, who is blind, the audio instructions provided too much information for her to retain at one time. When she attempted to locate the buttons described in the audio, Laura expressed frustration as she explained that “having all these extra buttons is a tactile nightmare.” She suggested that a more simplified version of the accessibility pad would making the voting process more intuitive.

Data Entry Clerk Michael Hill, who has low vision, opted out of the audio and chose to move closer to the screen to read through the process. While he was able to read the screen up close and use the touch screen functions, he told the examiner that he would benefit from larger text.

He also identified other barriers to understanding the voting process, like not understanding the correct way to make a selection. “Do I click on the name or in the box?” Michael asked when he had difficulty selecting a candidate.

Laura also remarked on how the machine could be confusing for a first-time voter, so it’s important for the machines to be accessible in terms of ease of use, not just for voters with disabilities, but for many others who face educational, cultural, and political barriers and may benefit from a simplified and intuitive process.

The American Association of People with Disabilities asserts that promoting voting rights for people with disabilities requires education of voters and poll workers, accessibility of polling locations, and available accessible voting technology.

Abilities in Motion retains a Voter Educator on staff who offers informative workshops on accessibility rights at the polls, new polling locations, how to register to vote by absentee ballot, how to fill out forms, and how to use the new voting machines. To request a voter education workshop, call Abilities in Motion at 610-376-0010 ext. 142.