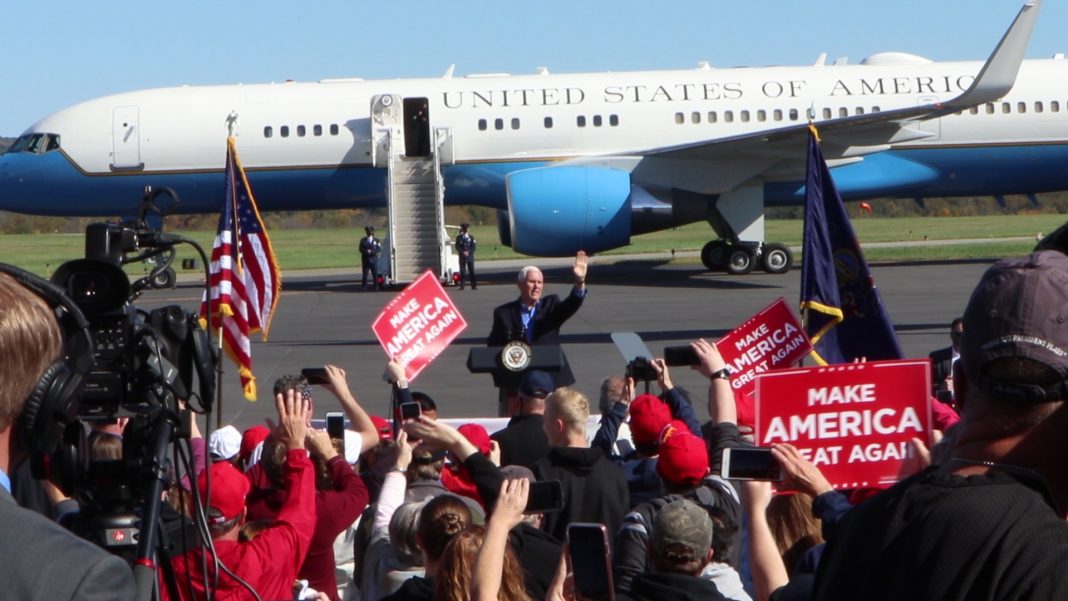 Surrounded by shouts of “Four more years” and “We love you” from Trump supporters in the crowd, Pence touted President Trump’s commitments to the military, the economy, and the unborn as victories over the last four years.

“Four years ago, we inherited a military that was hollowed out by budget cuts,” said Pence, noting that he is the father and father-in-law of two sons currently serving in branches of the United States military. Stating that Trump had authorized the “largest investment in national defense since Ronald Reagan,” Pence told attendees that the current administration stood for “life, liberty, and the constitution of the US”.

Vice President Pence also spoke at length about Trump’s commitment to rebuilding the United State economy, stating that “After years of seeing jobs go overseas, [the current administration] brought jobs back to America, to bring back the beautiful words ‘Made in the USA”.

He also spoke about the current administration’s belief in reopening the economy and schools, saying that Trump fought for American jobs and workers.

Pence also spoke about the current plans for a coronavirus vaccine, mentioning that President Trump recently announced a plan in partnership with CVS and Walgreens to deliver vaccines to seniors across the nation for free.

In closing, Pence stated that the choice in this election is “not about who is more liberal or conservative–it’s about whether America remains America…[whether this nation will] chart a course of freedom and patriotism, or socialism and decline.”