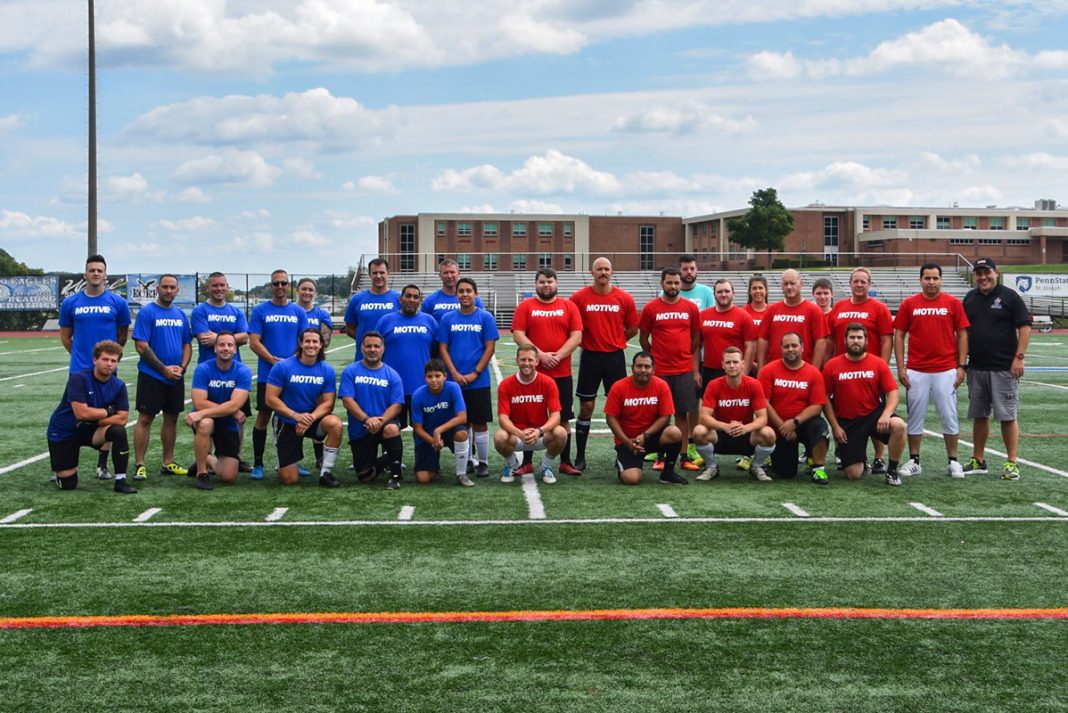 Reading United A.C. hosted its annual Hometown Heroes charity soccer match Sunday. Now in its 8th year, the event was held at Don Thomas Stadium in Exeter Township. Hosted as a tribute to local service members, the event not only honors local heroes, but those who lost their lives in the World Trade Center, Pentagon and Shanksville.

Two games were played Sunday afternoon. The first game featured Police vs Fire, with teams made up of various local law enforcement agencies and fire departments across Berks. The second game featured a mash up of Police/Fire versus the Reading United Fun League (RUFL) players.

The Police vs Fire game ended in a tie 2-2. A penalty kick overtime was played, and after several rounds, Police won the shootout 5 to 4. In the second game, Police/Fire vs RUFL, RUFL won 5-2.