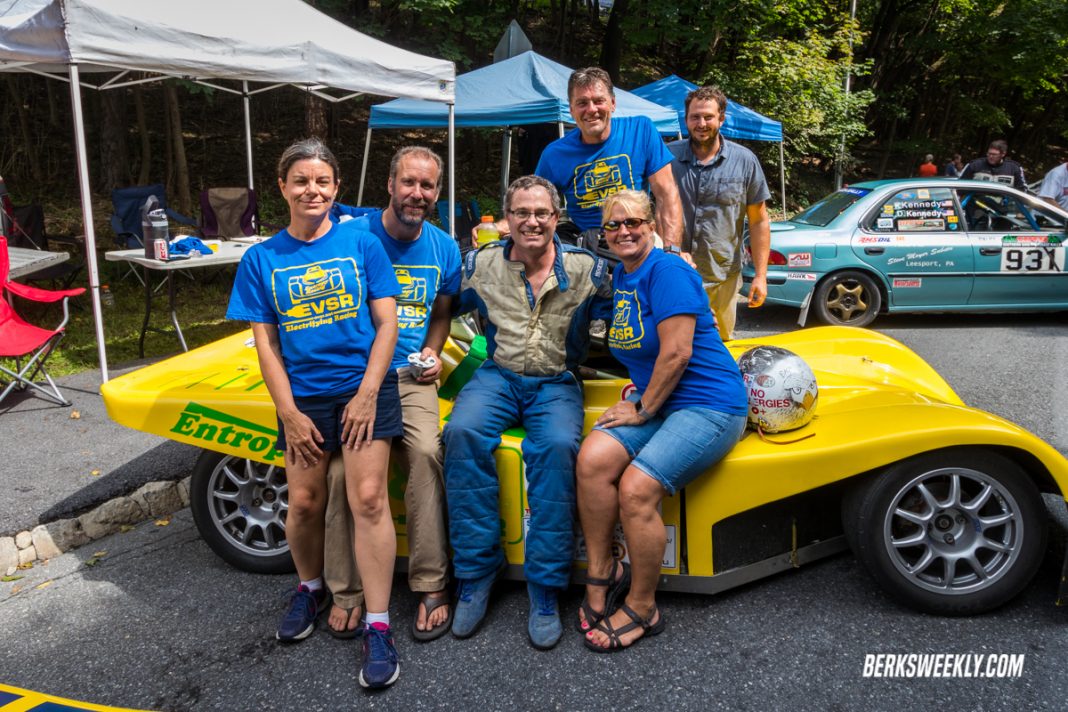 Every year sports cars of all shapes, sizes, and styles take on the grueling switchbacks of Duryea Drive. Over 100 drivers from 10 states gather on Mount Penn for 68th annual Blue Mountain Region Duryea Hillclimb.

The Duryea Hillclimb is a Sports Car Club of America Time Trials event with cars competing one at a time with the goal to set the fastest single pass time in their class up the hill. The Start line is just a few feet up from the intersection of Clymer Street and Duryea Drive in Reading, and the Finish line is in front of the historic William Penn Memorial Fire Tower. The length of the course is about 2.3 miles.

Electric cars are certainly gaining popularity thanks to Elon Musk and his company, Tesla. However, Musk isn’t the only one producing electric cars. Charlie Greenhaus, Project Manager & Chief Engineer, has been the driving force behind Entropy Racing and EVSR.

“One of the common recurring themes was that the only truly successful electric race car projects noted were backed by millions of dollars” says Greenhaus. “Entropy decided to take a stab at producing a low cost, viable electric race car for a variety of events in a small fraction of the time and budget.” 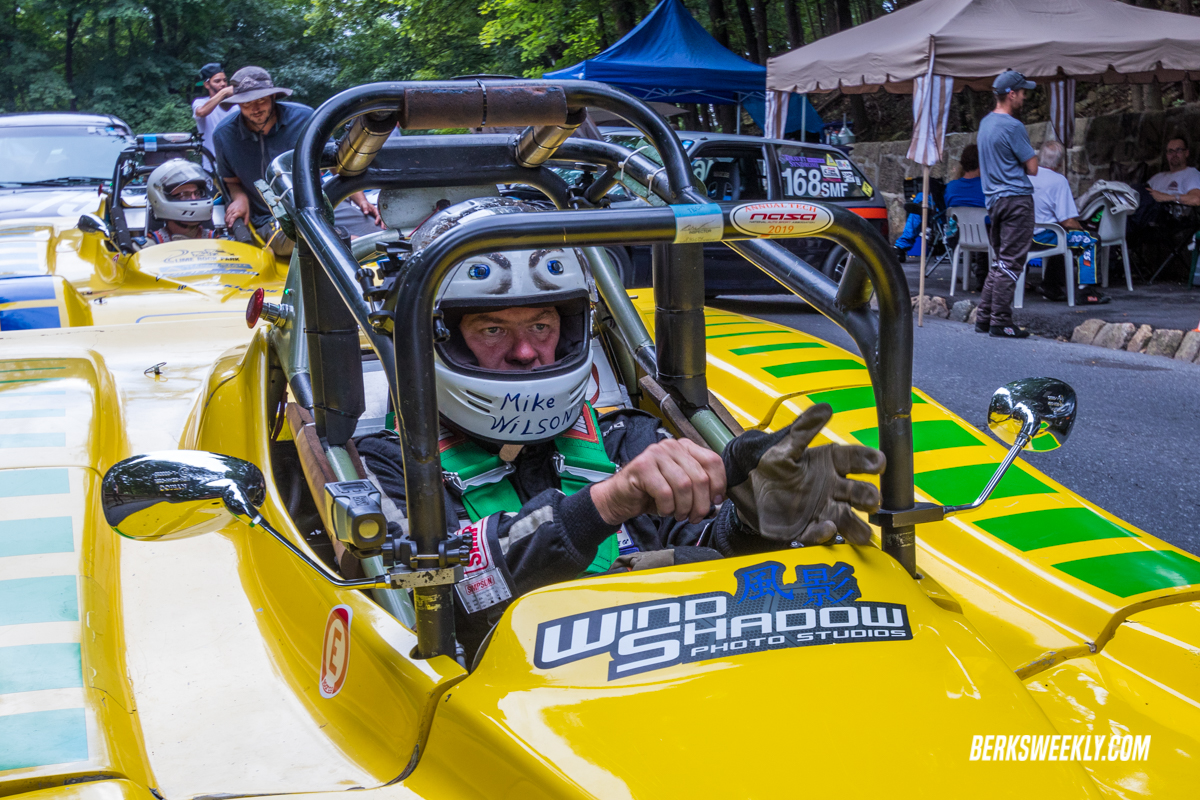 EVSR stands for Electric Vehicle Sports Racer. Over the past 5 years, EVSR has been proving its capabilities attending over 60 events; ranging from road courses, hill climbs, autocross, endurance racing, and even a trip to the drag strip.

We caught up with EVSR drivers Mike Wilson and Todd Reid during Saturday’s race to get a closer look under the hood of these slick electrified cars.

“People who see us drive by don’t understand why the car is so quite, especially at the start line where other cars are revving their engine loudly” says Reid.

Electric cars work a little different than your average gas powered car. For starters, the cars are powered by two sets of 25 daisy chained batteries. This provides ample power to reach speeds more than 100+ mph and last the entire weekend without a recharge.