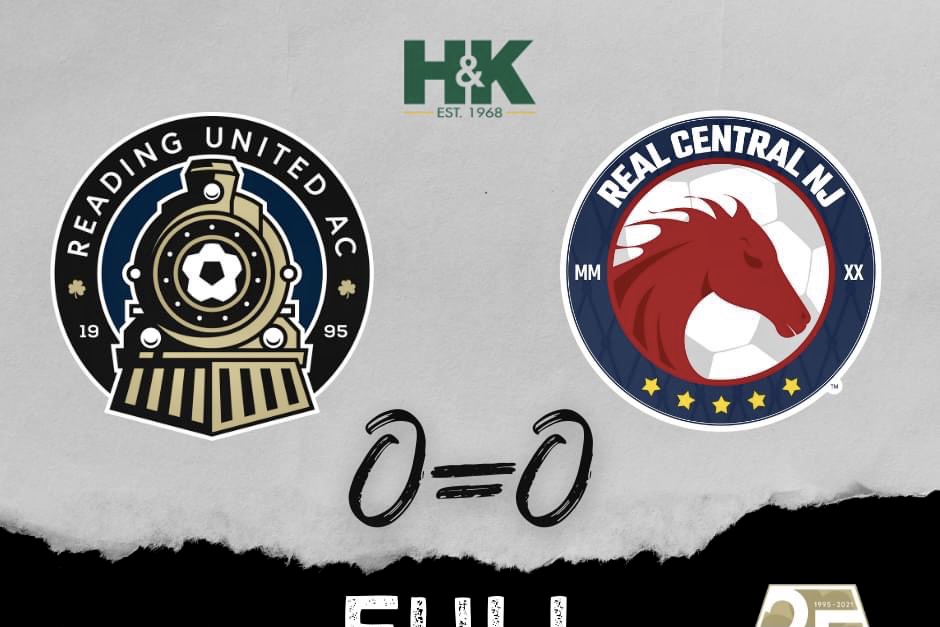 Jones got the start in net as usual goalkeeper Carson Williams was a late scratch, and the University of Maryland Baltimore County product made the best of this opportunity. Williams made multiple clutch saves including two key stops late in the second half to preserve the shutout for Reading.

Reading opened the match more brightly than the visitors, holding possession for most of the first half. Liedtka stood tall for RCNJ in goal, denying Reading throughout the match. The Davidson product’s double save in the 22nd minute to deny Reading an opener is a likely candidate for USL League 2 Save of the Week.

Real Central Jersey came alive in the second half as they looked to steal a victory from the hosts. Jones’ made a late save in a one on one situation against RCNJ’s dangerous forward Ibrahima Diop. Jones came off the line and used his 6’3´ frame to stuff Diop’s attempt.

Reading coach Casey Moore hailed his goalkeeper, “He’s an absolute beast. He made some huge saves, especially in counter attack moments. He commands the box, he controls the game, he talks a lot. He’s just a presence back there. He did very well.”

Reading had one last chance in stoppage time to claim the three points, but Ryan Becher’s shot was gobbled up by the in-form Liedtka.

Reading United will return to action at Exeter’s Don Thomas Stadium on July 22 against Philadelphia Lone Star. This will be the third meeting between the two teams this season, with each team winning a game on their hosts’ home turf. Tickets available at readingunitedac.com/tickets.