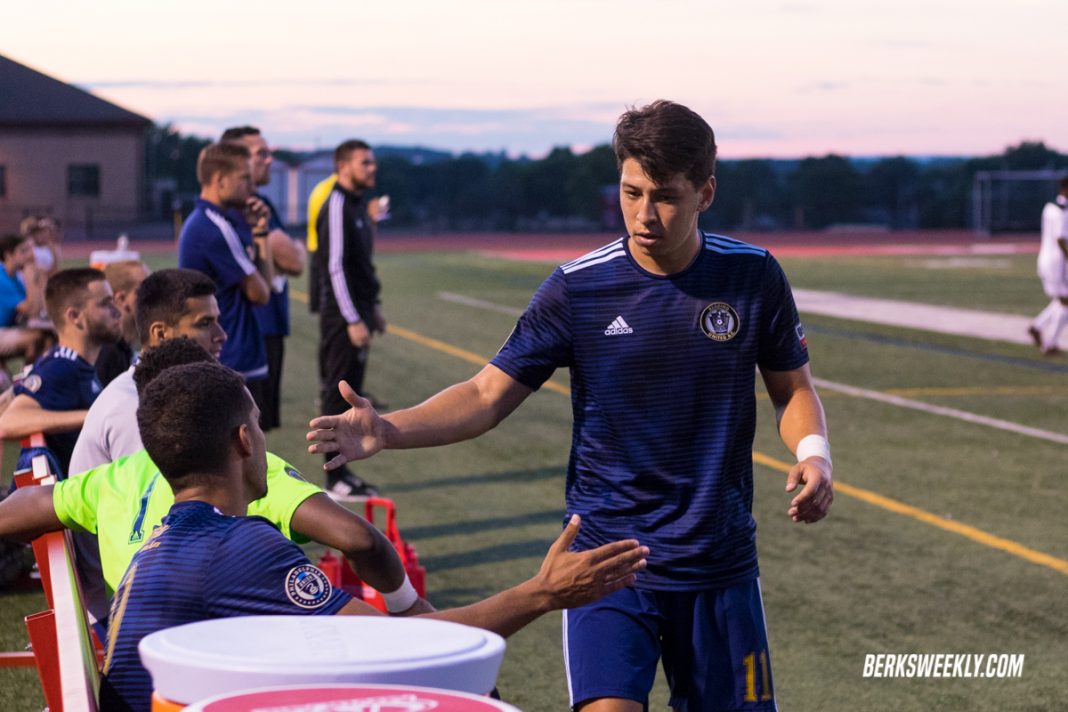 USL League Two announced two Reading United players were placed on the 2019 Team of the Year. Midfielder Felipe Hideki and defender Lamine Conte were placed among the top 11 players in the entire U-23 league, adding to the All-Eastern Conference accolades the pair earned earlier this week. Conte was also named USL League Two Defensive Player of the year after his efforts in the 2019 campaign. The teammates became the eighth and ninth Reading United players in team history to earn the league-wide honor.

“Both were central figures behind the scenes and on the field,” said Reading United head coach, Alan McCann. “We asked them to take on more responsibility off the field to uphold our standards and continue our culture every day. They were both fantastic with that, which not a lot of people see or understand how vital that is.”

Hideki showcased his lethal scoring touch during the end of the 2019 season as all seven of his regular season goals came in just as many games to end the season. His lone postseason goal may have been the most important of the season – a 120th minute penalty kick that completed a comeback from a two-goal deficit to Tormenta FC 2 in the League Two Semifinals. In his two seasons in Reading, the Mid-America Nazarene midfielder has tallied 13 goals and three assists over the course of 24 games.

Named team captain during his third season in Reading, Conte helped guide a stingy United defense to eight shutouts in the regular season, and another one in the Eastern Conference Final for good measure. The University of Louisville defender played 1090 minutes on the Reading backline this past season between the regular and postseason. In the past three seasons, the Union Academy alum played over 3000 minutes in the Blue and Gold, holding opponents to less than .75 goals per game.

McCann continued, “I expect both of them to be in the professional ranks after their college seasons. I’m looking forward to watching their careers continue to grow.”