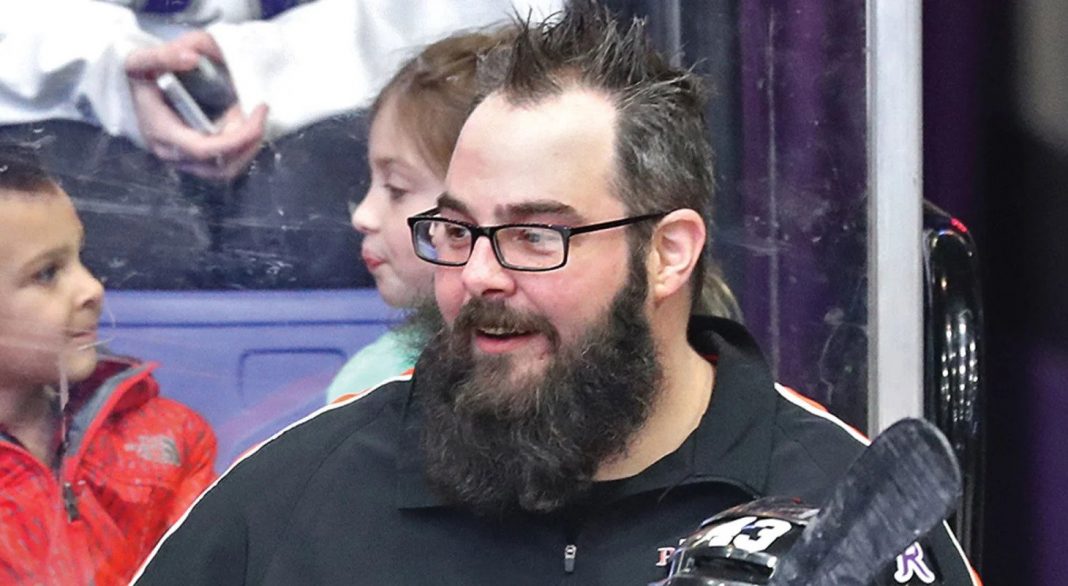 The winner is determined in a vote of the league’s equipment managers and athletic trainers. In recognition of his accomplishment, MacDonald will receive a prize pack from Warrior Hockey.

“I’d like to thank my peers and those in the ECHL that selected me for this tremendous honor,” MacDonald said. “It’s a pleasure working alongside everyone in the league. This couldn’t have been done without the help of Head Coach Kirk MacDonald, Assistant Coach Mike Marcou, Athletic Trainer Sean Berberich and Assistant Equipment Manager Eric Cosentino, who ensure we run a first-class operation to the best of our ability in Reading. I’d also like to thank former Royals equipment Manager Pat Noecker for the help he continues to provide as well as the love and support of my family and wife Arielle.”

“Jason is a consummate professional and a huge reason for the success of the Reading Royals during his time with the organization,” said Royals Head Coach Kirk MacDonald. “His dedication and investment with our players and staff makes him one of the best in the industry and this is a wonderful recognition for his time and effort.”

Prior to working for the Royals, MacDonald served as Assistant Equipment Manager for the NHL’s Florida Panthers from 2009-14. The Detroit, MI native has worked in the ECHL for seven seasons and spent time with the ECHL’s Florida Everblades (2006-09) before receiving his call-up to the Panthers. He has worked as an equipment manager since 2000-01, when he started as an assistant for the USA Hockey’s National Team Development Program. In 2001-02, MacDonald was an assistant equipment manager for the AHL’s Chicago Wolves and the team won the Calder Cup.

Royals honored as ECHL Equipment Manager of the Year