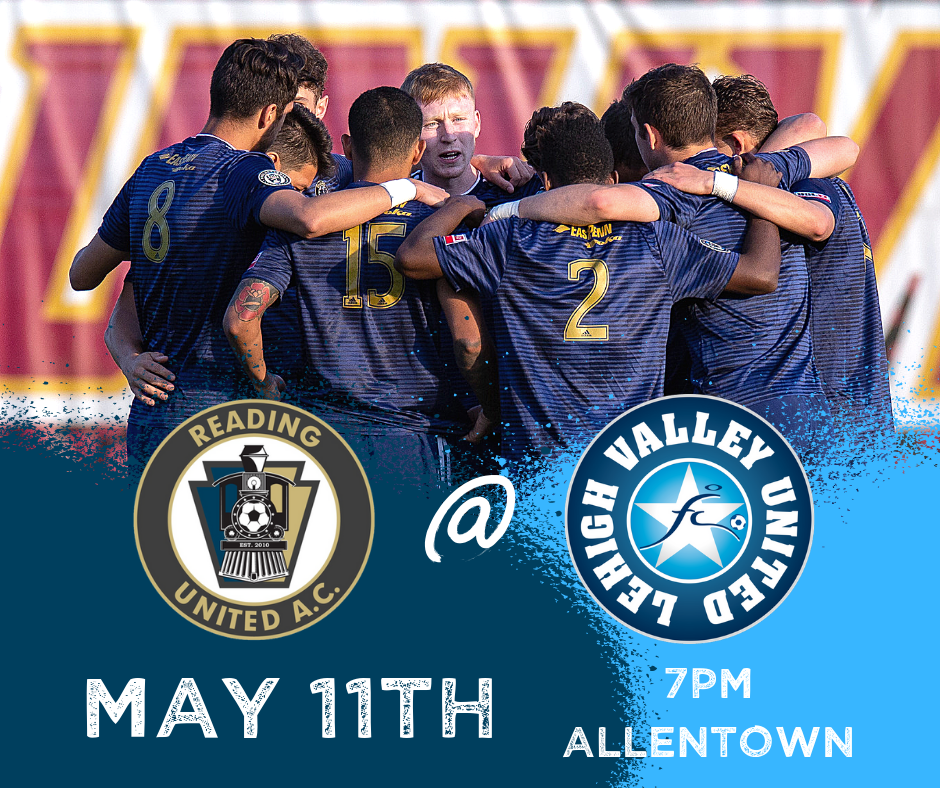 Three things in this world are certain: death, taxes, and Reading United opening their season against Lehigh Valley United. Since Lehigh’s entry into USL League Two (formerly PDL), these two squads separated by nearly 40 miles of Route 222 have met every single season as Reading’s first league match of the season.

This will be the 12th time these two clubs meet, dating back to Reading’s 2-0 victory in the 2013 U.S. Open Cup over the then defending NPSL Champion. Since then, Reading has compiled an 8-1-1 record against their counterparts to the north.

Reading and Lehigh have often found themselves at opposite ends of the table, with the 2018 season coming as the most extreme example. Reading finished undefeated with a 12-0-2 record, while Lehigh limped to a 1-12-1 record. All four points collected by LVU came against Evergreen, who finished one point ahead of LVU in the division.

Last season, Reading took all three matches against Lehigh, outscoring the squad by an 8-2 margin. Reading took the first two games handily by 2-0 and 3-0 scorelines, but struggled to close out the hungry LVU squad in the final game of the regular season. Reading spotted Lehigh two goals, before roaring back in the twilight of the second half, notching goals in the 77th, 82nd, and 84th minutes to complete their undefeated regular season run.

Reading, on the other hand, has placed a league-high seven players on the Top 100 Player To Watch list, compiled by USL League Two. Returning players Felipe Hideki (5g, 1a in 2018), Kalil ElMedkhar (2g, 2a), and Lamine Conte (10 appearances along Reading’s backline) lead the way, while newcomers Simon Becher, Ivan Blaskic, Theo Quartey, and Rok Taneski look to make their mark wear the blue and gold this season.

Lehigh returns their leading goalscorer from last year in Eddy Enowbi and most experienced goalkeeper in Michael Kennelly. Enowbi paced the club with three goals and two assists in 12 games, while Kennelly amassed a .674 save % and 2.31 GAA in seven games.

Reading is coming off of a decisive 2-1 victory over Philadelphia Lone Star in the first round of the U.S. Open Cup this past Wednesday, which was their eighth consecutive first round victory in the tournament. The win sends them to a showdown against 2-time defending USL Champion Louisville City FC next Wednesday evening in Kentucky.