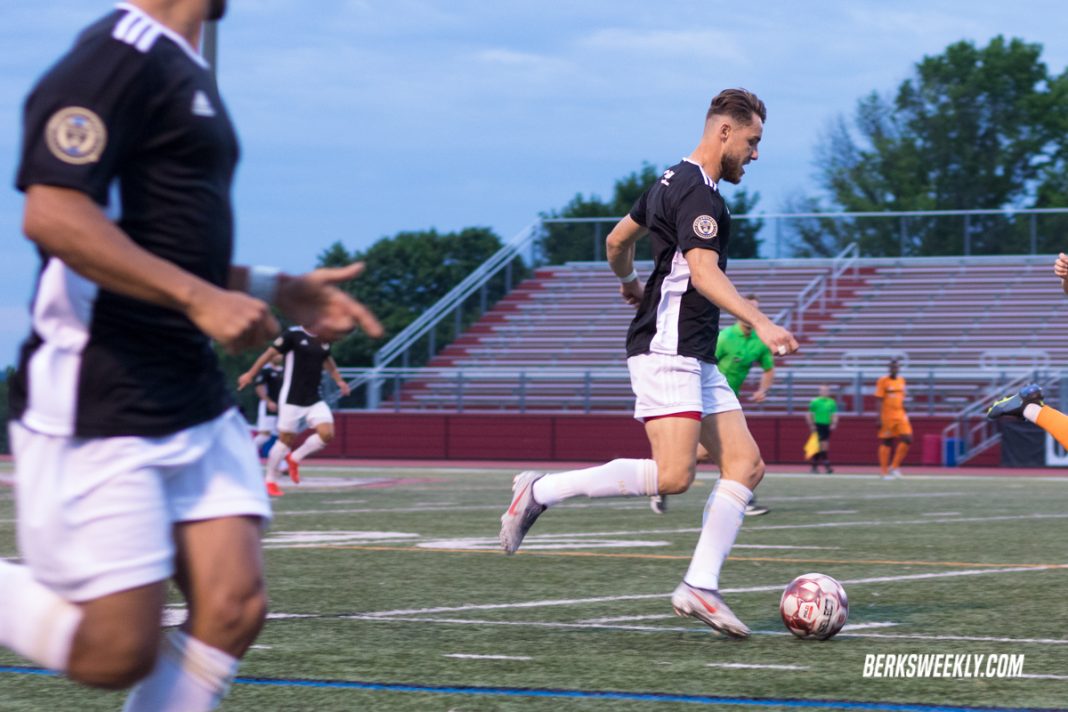 After clinching their second straight Mid Atlantic Division title, Reading will look to stay focused and fine-tune their lineup entering the USL League Two postseason in a mid-week match against Cedar Stars Rush. This will be the second meeting between the two clubs, as their inaugural meeting took place back on May 28th.

The initial meeting between these two squads was a tightly contested, physical matchup, where the teams combined for only four shots on net, but five yellow cards and 35 fouls. Kalil ElMedkhar’s 17th minute blast into the upper 90 was the difference, as Reading hung on through a lengthy weather delay to snare three points on the road.

Reading comes into this match wounded from their 4-1 loss on Sunday against Ocean City Nor’easters. After allowing only three goals in their last nine games, Ocean City put two penalty kicks and two additional goals from the run of play to run away with the 50th all-time meeting between the two clubs.

Newcomer Bakary Bagayoko bagged his first goal of the season to spare United from a shutout in the 90th minute. The loss snapped Reading’s 29 game regular season unbeaten streak, marking their first loss since a 1-0 shutout loss at Ocean City back in July of 2017.

Cedar Stars Rush have found themselves squarely in the middle of the divisional pack since the beginning of the season. This year has been a solid start for the new franchise, coming into this match with a 4-5-3 record, and notching at least one point against every team in the division they’ve faced twice. However, two things have failed the new club this season: goal scoring and playing away from home. Cedar Stars have only netted 13 goals in 12 games, and have snagging only five points away from FDU’s friendly confines.

Reading will stay at Gurski Stadium for two games following this match, including their regular season finale on Saturday, then a friendly match against Philadelphia Union for our annual Union Festival. Catch all the action live by purchasing regular season tickets at readingunitedac.com/tickets for $5 until 5:00 pm on game day and will jump to $10 at the gate. Union Festival tickets are $10 both online and at the gate. Both games will be at Wilson High School’s Gurski Stadium at 7:00 pm.