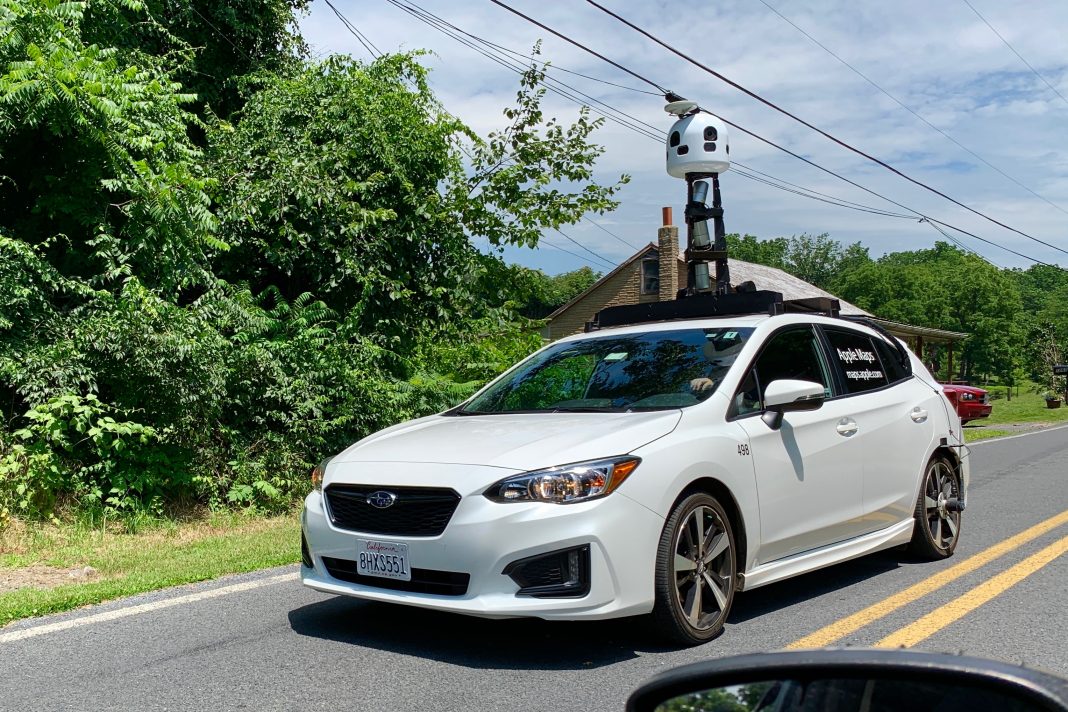 Traveling the country with specialized cameras and sensors on their roofs “street view” cars compile a 360 view of local roads. Most commonly associated with Google, Apple is now throwing their hat in the ring, sending a fleet of camera cars all over the world.

We found Apple Maps car #495 traveling on Route 61 North just past Shoemakersville today. The same car was also spotted later in the day in West Reading, as reported on Facebook by residents in the area.

According to Apple, the tech company is conducting ground surveys around the world to collect data to improve Apple Maps. To support the new “Look Around” feature, Apple says they are visiting locations all across the country gathering new data in an effort to maintain high-quality, up-to-date maps.

“We are committed to protecting your privacy while conducting these surveys. For example, we will censor faces and license plates on images that are published in Look Around” says the Apple Image Car website. Those who have comments or questions about this process, privacy rights, or would like to request a face or license plate be censored are asked to contact Apple Image Collection.

Apple lists several states and county’s where the cars are actively gathering images. However, Pennsylvania and Berks County are not listed.