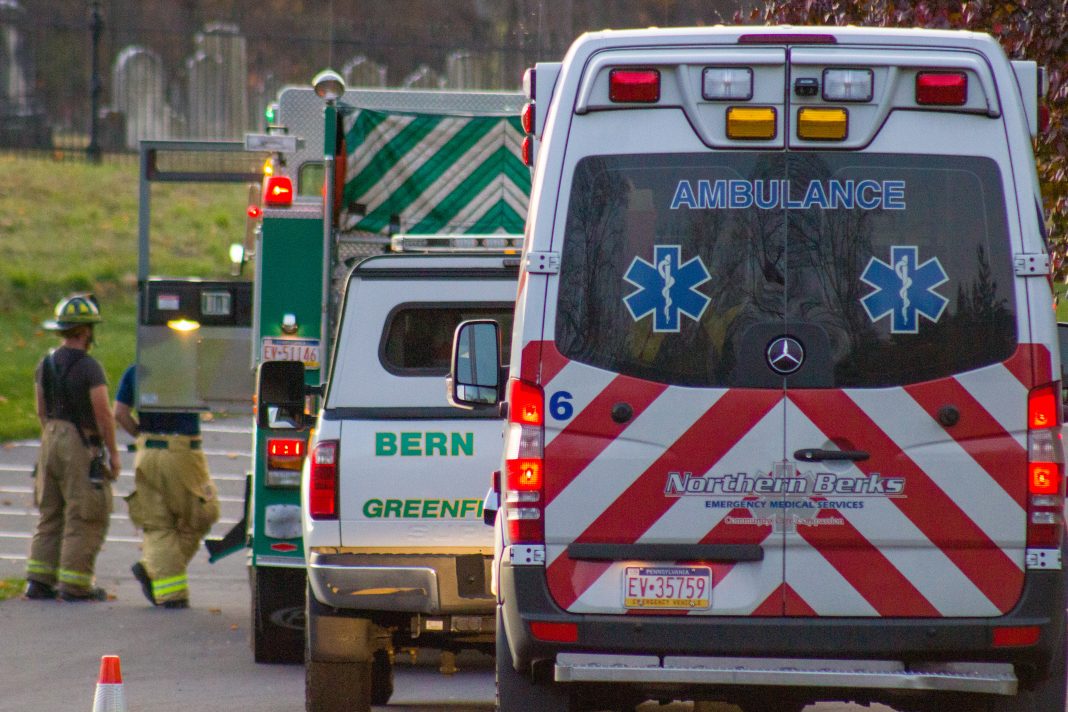 According to initial reports, the accident occurred around 3:47pm near James Street on Route 183. Five motorcycles were involved in the crash and an SUV.

Multiple ambulances responded to the scene and one person was flown to Lehigh Valley Cedar Crest by helicopter for burn injuries. Route 183 was closed for an extended amount of time for accident reconstruction.

On Monday, the Pennsylvania State Police released their report of the incident. An SUV traveling North crossed into opposing traffic striking a group of motorcycles.

According to Police, the impact caused one of the motorcycles to catch fire and explode, and another came to rest 400 feet from the impact site.

During the crash, Jess Rohrbach, 44, was thrown from his motorcycle and suffered fatal injuries.

Police say all the vehicles were towed back to PSP Reading and entered into evidence. The accident is still under investigation.