Tractor trailer crashes into house on 222 in Maxatawny Township

A tractor trailer crashed into a house along Route 222 in Maxatawny Township Monday night leaving two people injured and the highway between Reading and Allentown closed for several hours.

The crash happened just before 8pm on Kutztown Road (Route 222) near Church Road.

Initial reports indicate the crash left the driver of the tractor trailer and an occupant of the house trapped inside. Due to the instability of the home, it took rescuers 45 minutes to extract the the two. Both driver and occupant were transported to the hospital. 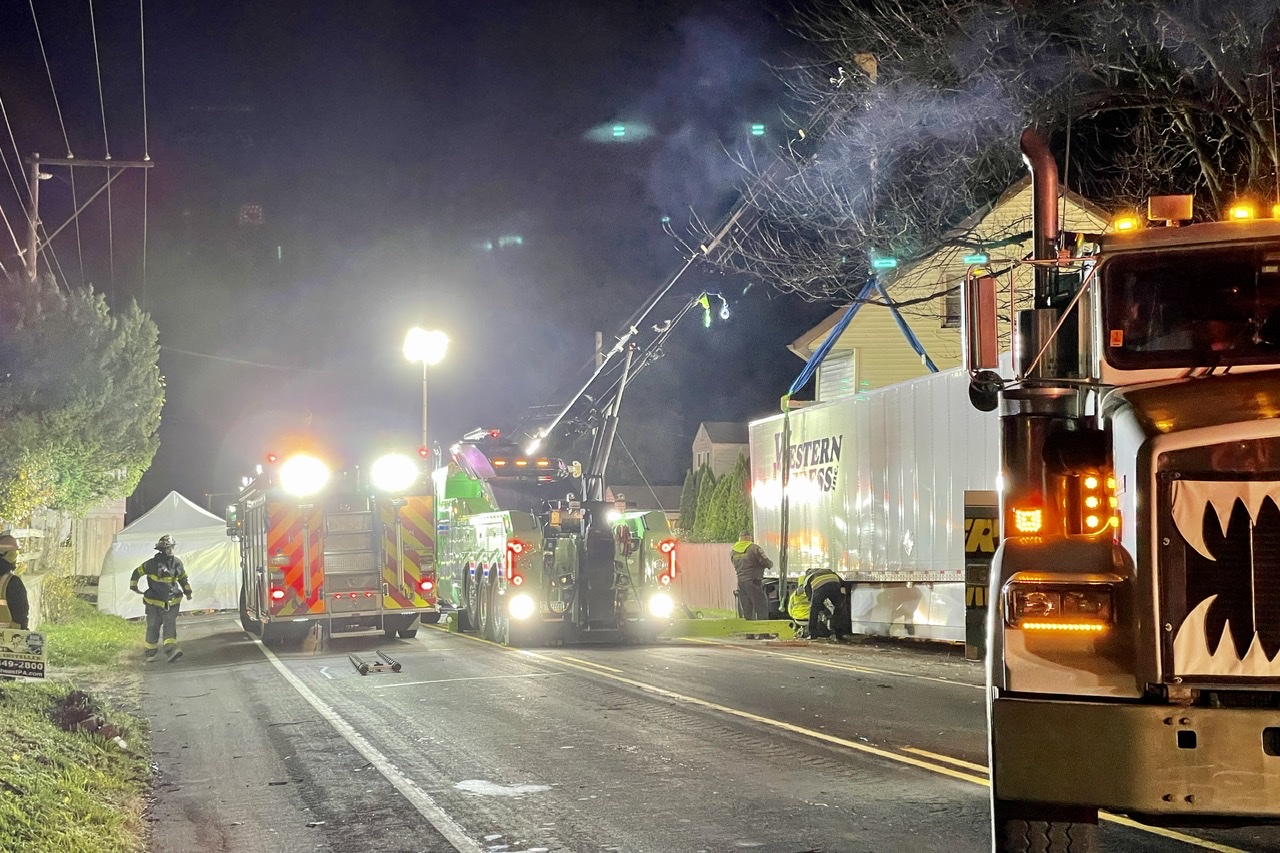 222 remained closed for several hours overnight as crews worked to stabilize the house and investigate the incident.

The cause of the crash is under investigation by Pennsylvania State Police.