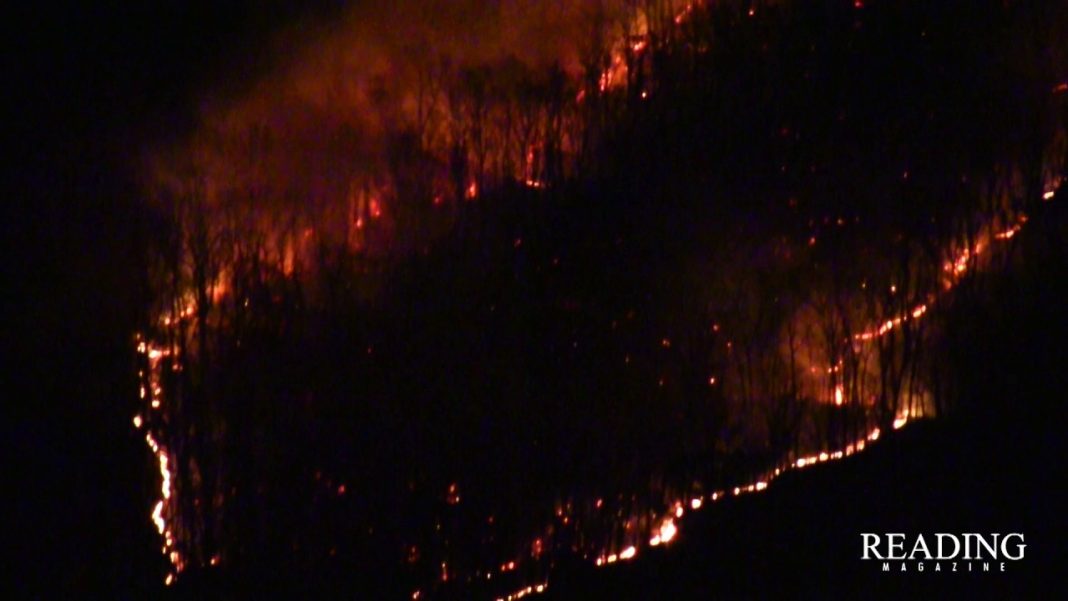 Fire crews from around Berks County were called to Mount Penn on Monday night after a fire broke out near Hampden Park & Reading High School. First reported at roughly 6:30pm, the fire quickly made its way up the mountain towards Skyline Drive. (see video above taken at 7:30pm).

The fire was contained early Tuesday morning however a team from the state Bureau of Forestry are still investigating the cause. It has been estimated the fire burned upwards of 50-60 acres. Fortunately, no residents or buildings were harmed during the blaze, the only exception being a firefighter which sustained minor injuries.

Above is a look at Mount Penn Tuesday morning. All the major smoke is gone however a heavy smoke smell still lingers around the area of Skyline Drive. Fire crews are still looking for hot spots and will continue to survey the area the rest of the day.

Officials from the DCNR (Pennsylvania Department of Conservation and Natural Resources) believe the fire was set intentionally.