Heavy rain and flash flooding caused damage to homes, recreational facilities, and businesses all across Berks County Wednesday night. Responding to emergency calls throughout the night, fire and police fielded calls about flooded road ways, trees down, and stuck vehicles.

With a majority of the storm damage located along Wyomissing creek, the apartment complex of Cambridge Commons was one of the hardest hit areas. At approximately 3 am, six feet of water arose from the small creek behind the apartment complex, catching residents off guard. With water rushing in quickly, a water rescue boat water called in to evacuate residents. By the morning, the American Red Cross provided emergency supplies to affected residents. 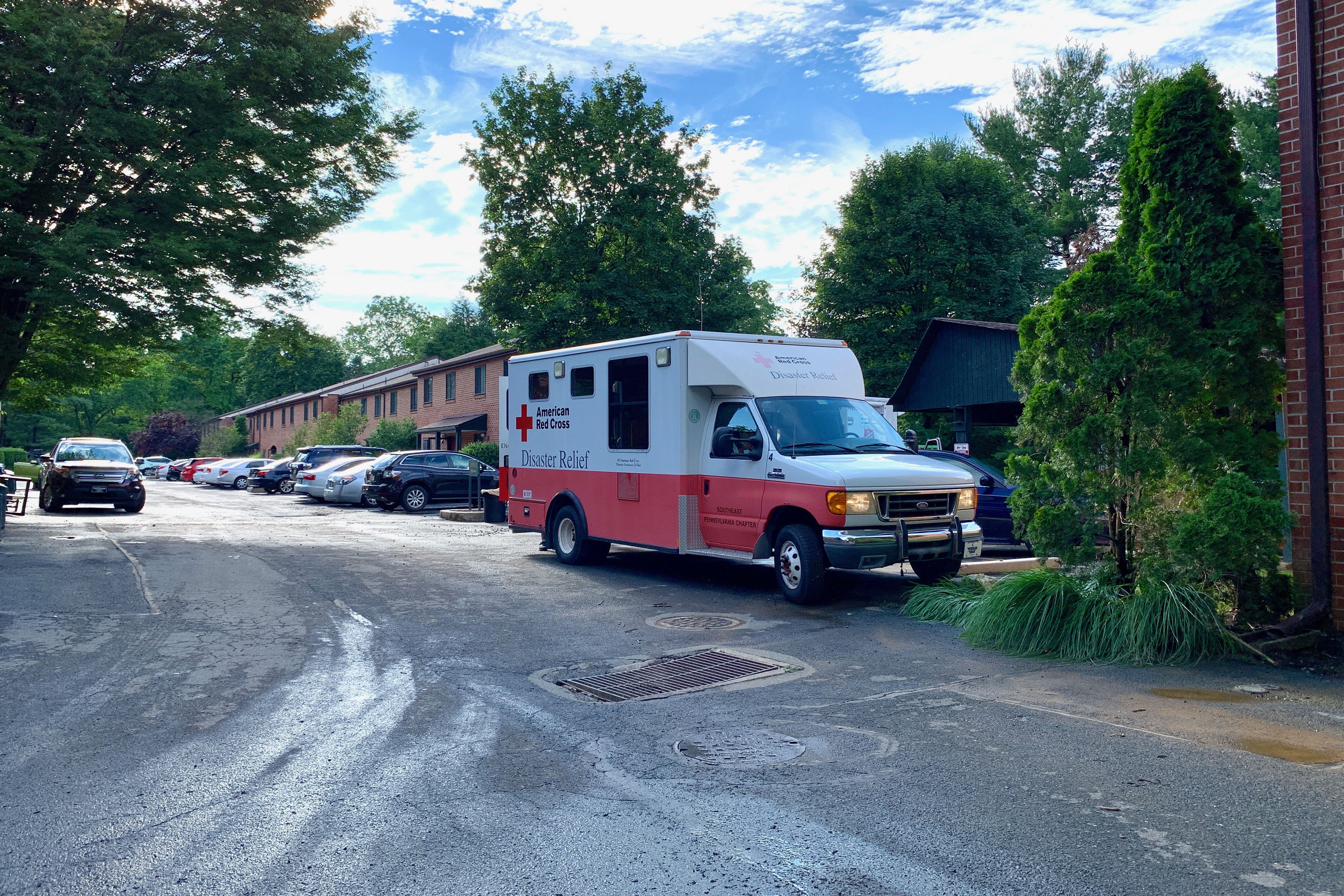 Near by, employees of the Wawa in Shillington were experiencing their own problems with the rising water. Flooding into the streets, water quickly covered the intersection of Lancaster Ave and Museum Road. The water rose so fast a several cars became submerged, including a police car and fire truck. Wawa employees were shuttled to safety by a water rescue operations team.

With a total of 5 inches of rain fall recorded overnight, residents awoke Thursday morning to a scene of destruction at area recreational facilities. Still dealing with the high water level, Blue Marsh Lake boat launch areas remained closed Thursday, along with parts of the Union Canal Trail System, according to the Berks County Parks Department.

The Reading Public Museum took heavy damage from the high water. One outdoor statue and a memorial park bench were swept away in the flood. In addition, a large tree has fallen into the middle of the creek near the flower garden, taking a piece of the walking trail with it. The West Reading pedestrian bridge was also damaged, curling the steel supports. The bridge remains closed.