A “Current” EVent featured examples of electric vehicles throughout several eras on display in the Boyertown Museum parking lot.

Two vehicles from the Museum’s own collection were featured: a 1919 Milburn Light Electric Opera Coupe, which just recently returned from being on exhibit at the Amelia Island Concours d’Elegance, and a 1981 Volkswagen Rabbit. 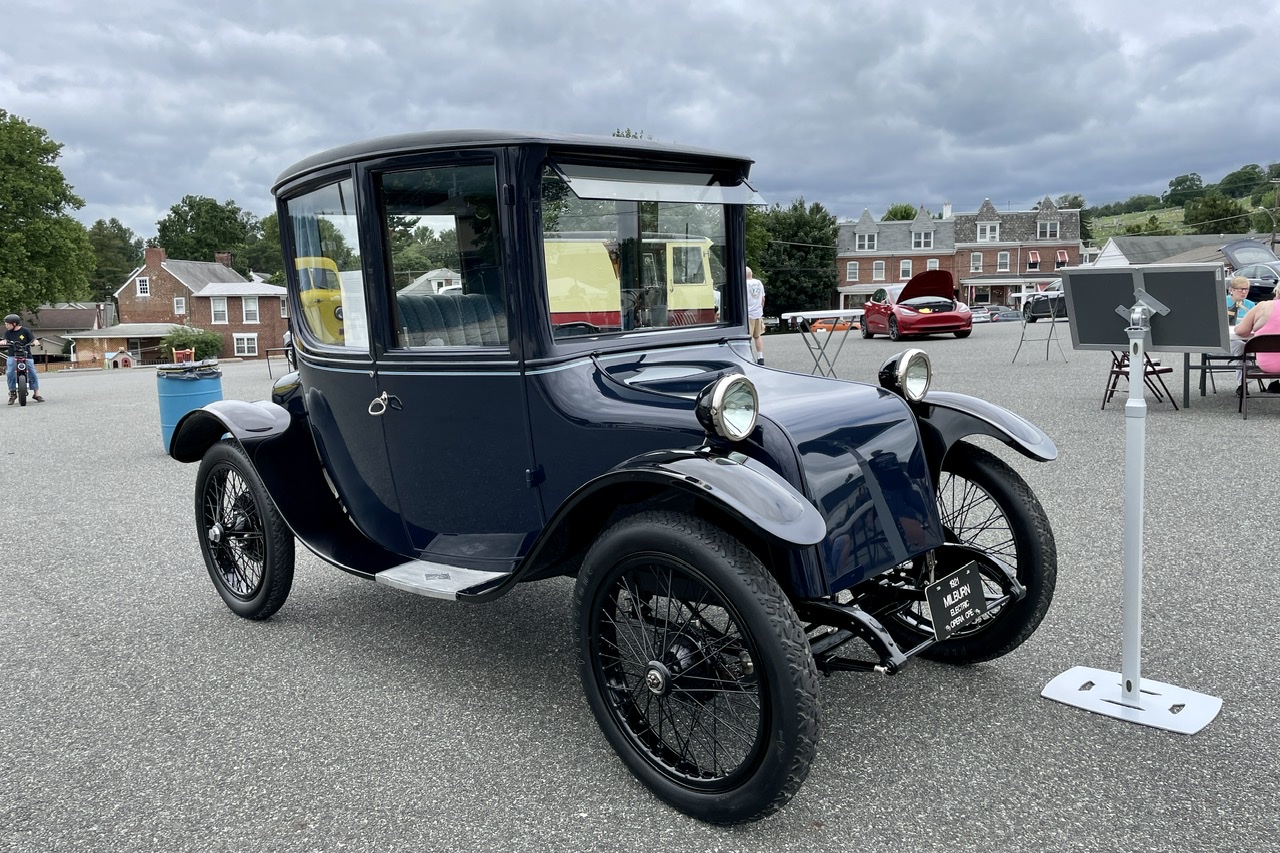 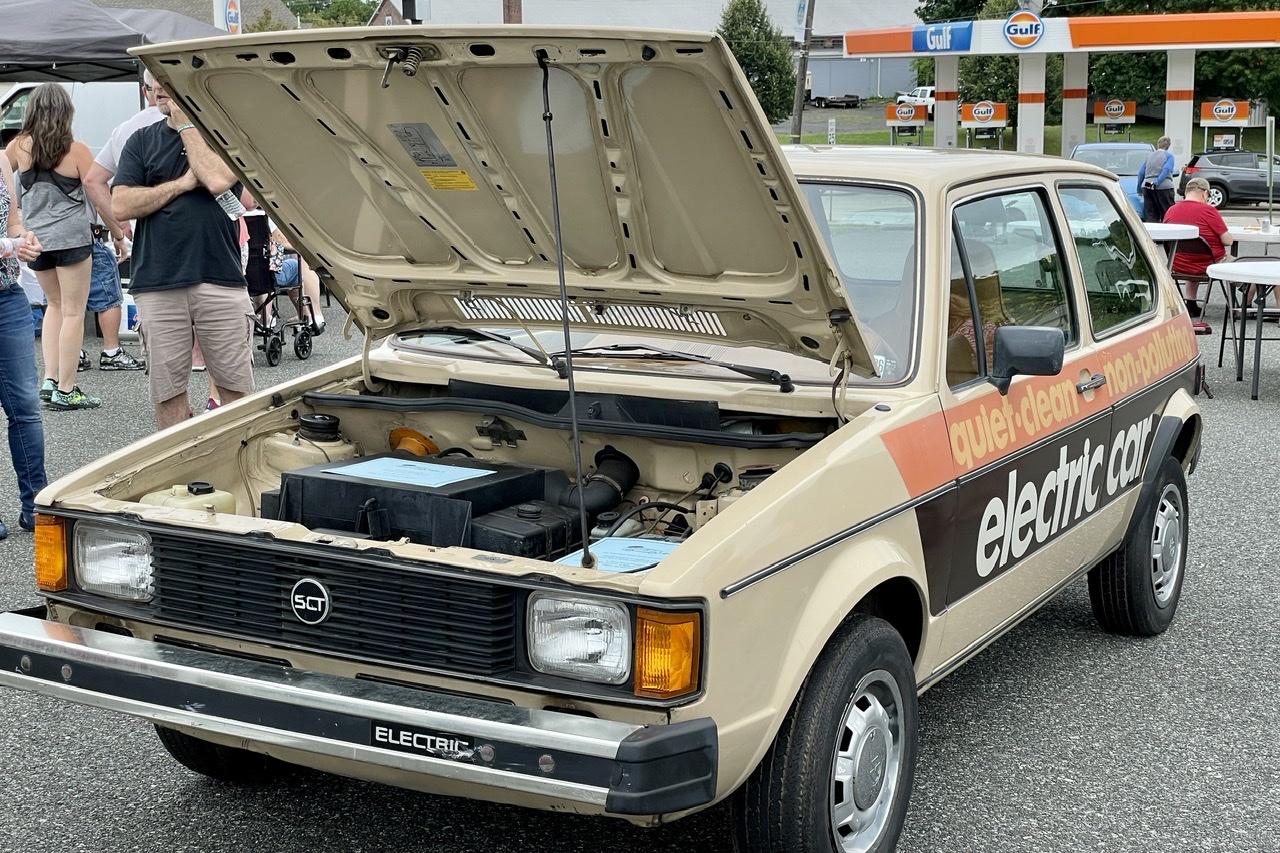 Also on display was an early version of the electric vehicle, a 1933 Thorne B2 Gas-Electric hybrid delivery truck, on loan from Jay Crist. This particular Thorne utilizes a Continental 16 horsepower gasoline engine to generate electricity to run a motor that powers the drive train. 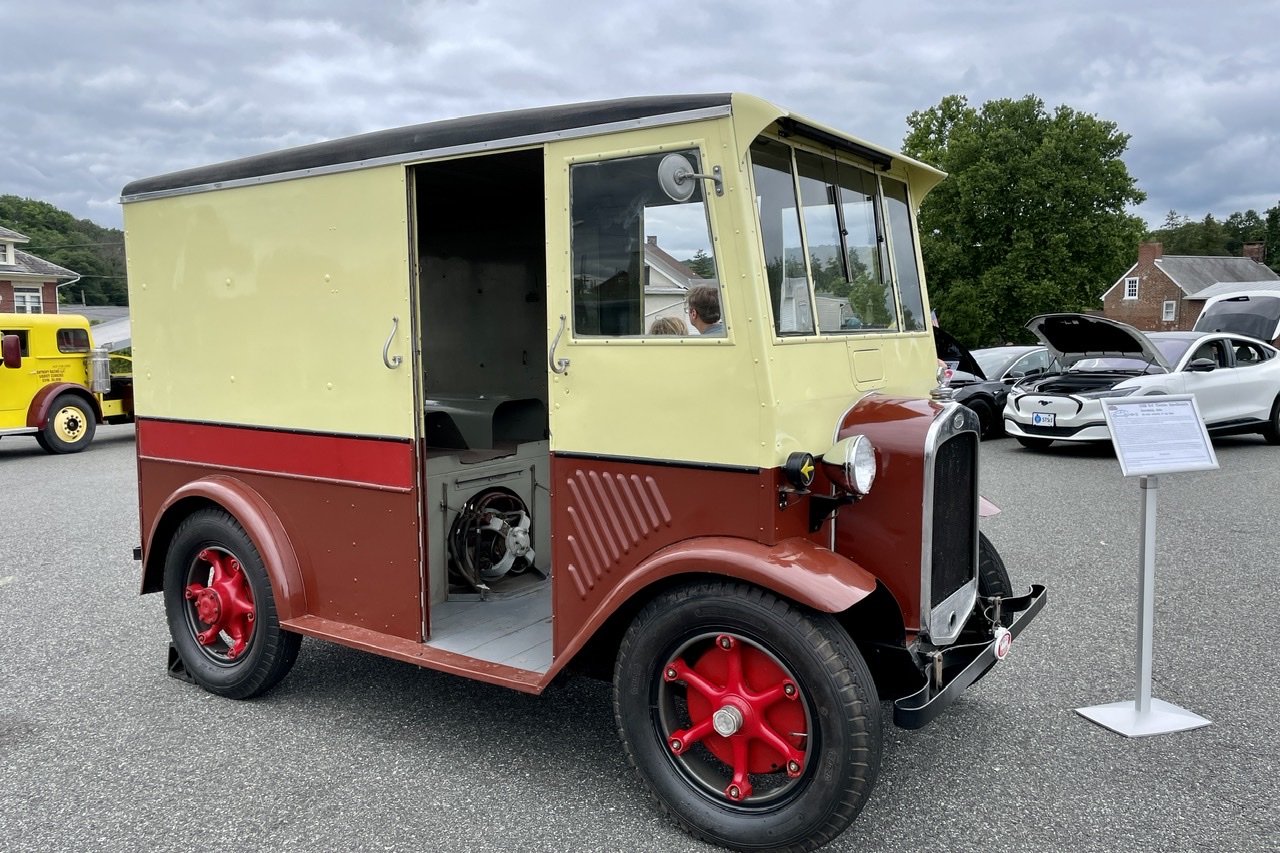 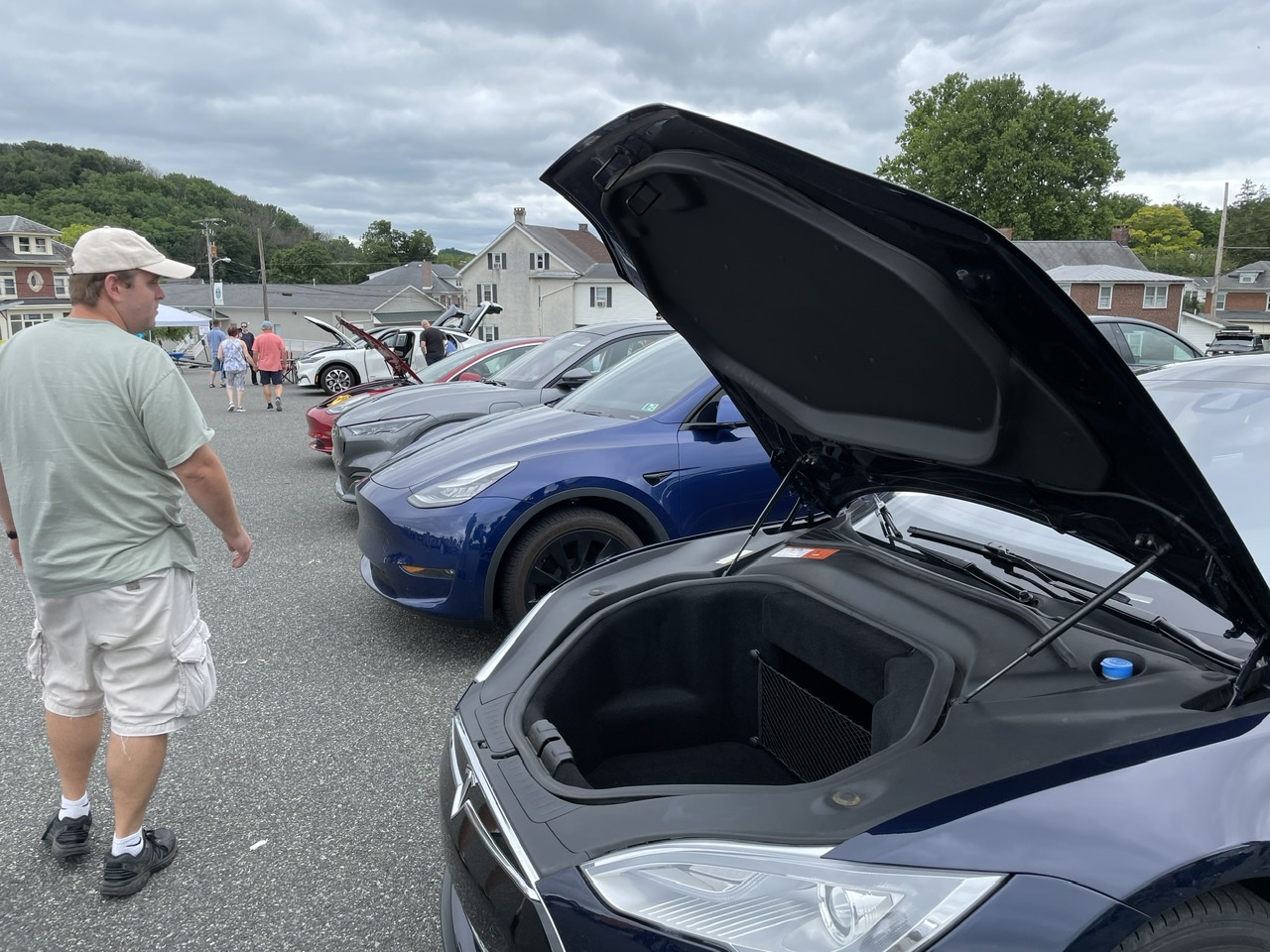 Entropy Racing of Sacramento, PA also displayed two of their Electric Vehicle Sports Racers (EVSR)—fully electric race cars that have raced at tracks all up and down the East Coast. 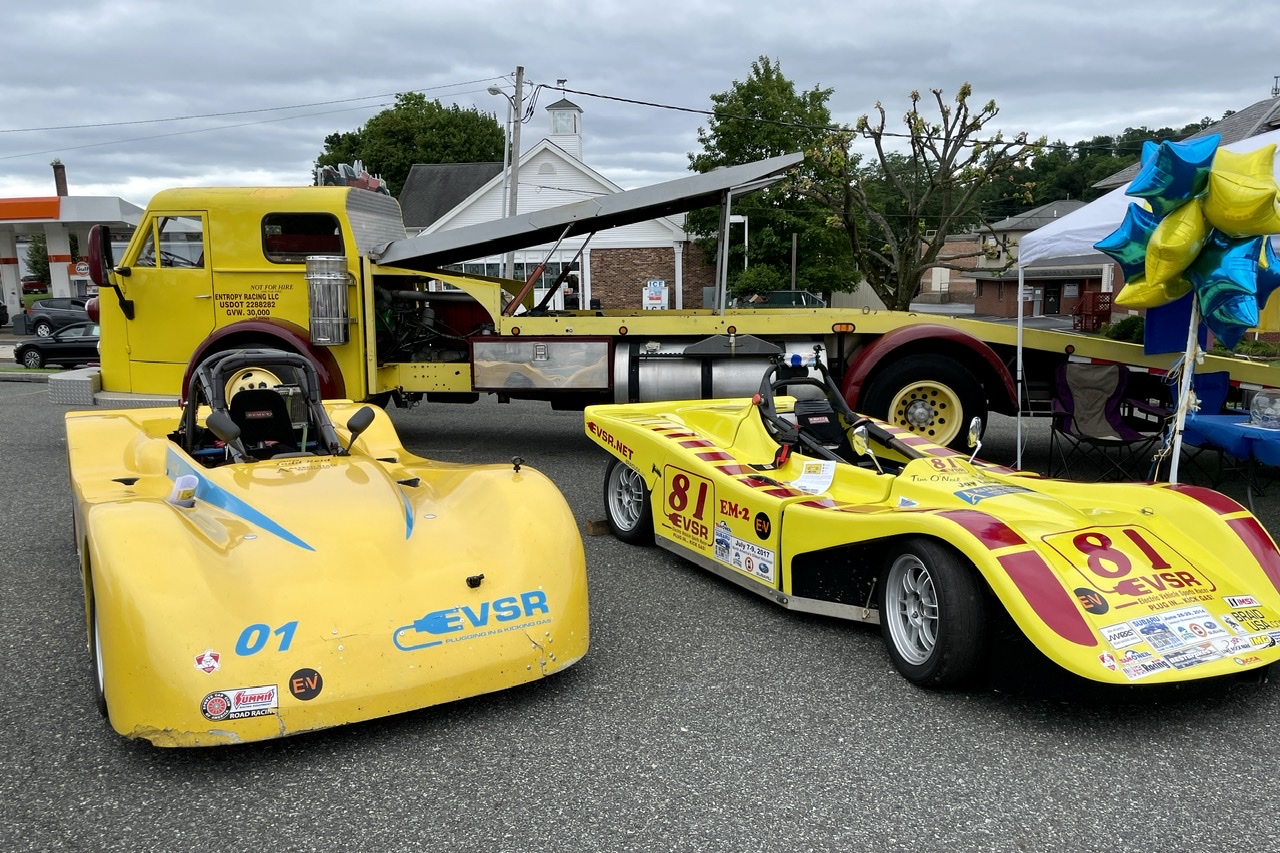 Speakers began with Boyertown Museum Board Member and Automotive Historian Sam Fiorani with a brief history and future of electric vehicles, followed by Entropy Racing Chief Engineer Charlie Greenhaus with an overview of the EVSR program.

In the afternoon, Sam Fiorani came back to give a history of the Westmoreland Volkswagen plant, and Robert Dare, Former Manager of Engineering for Battronic, and also Chairman of the Executive Board of the Boyertown Museum, explained the electric conversions done at Boyertown Auto Body Works. (See video above) 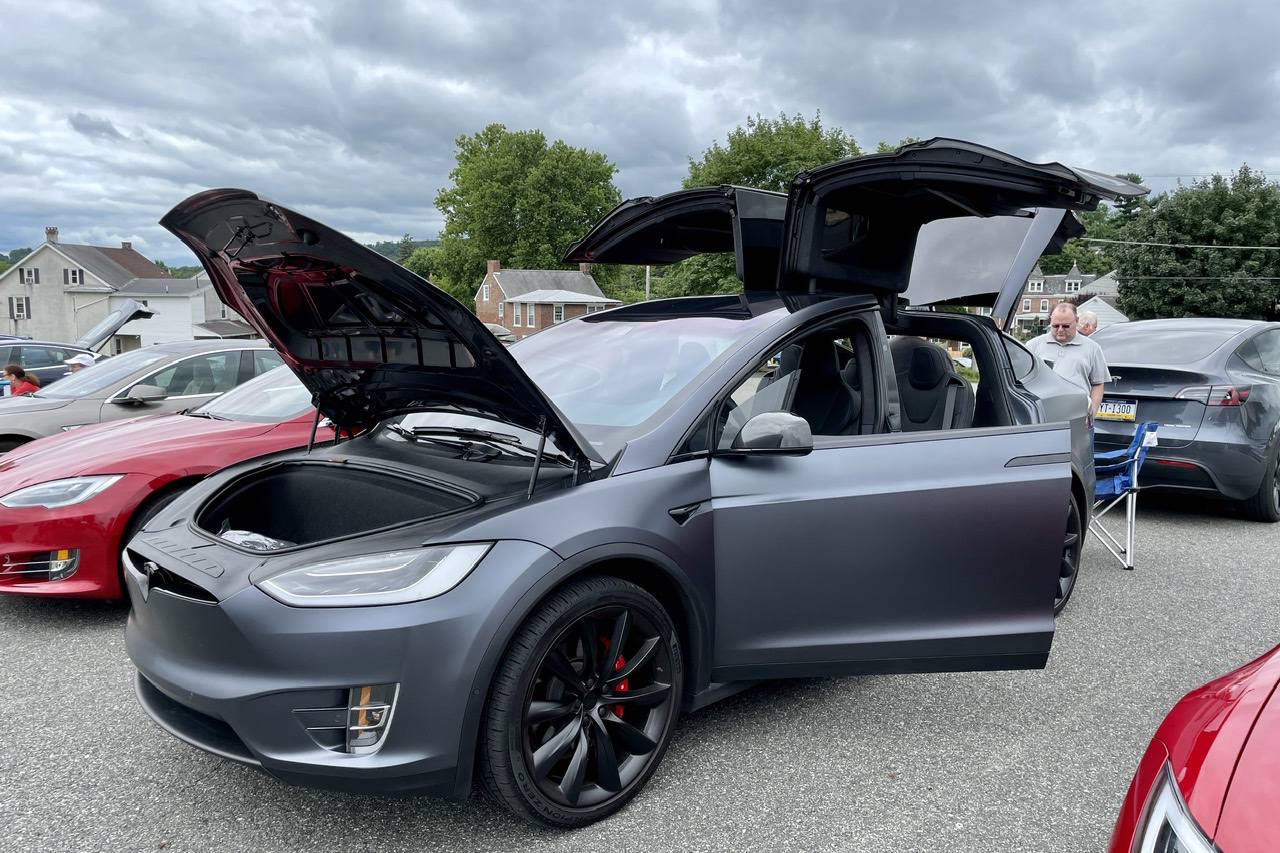 The Boyertown Museum also has several other electric vehicles on display in the Museum gallery, including a 1912 Commercial Truck Company flatbed used by Curtis Publishing of Philadelphia and a 1919 Detroit Electric, among others.