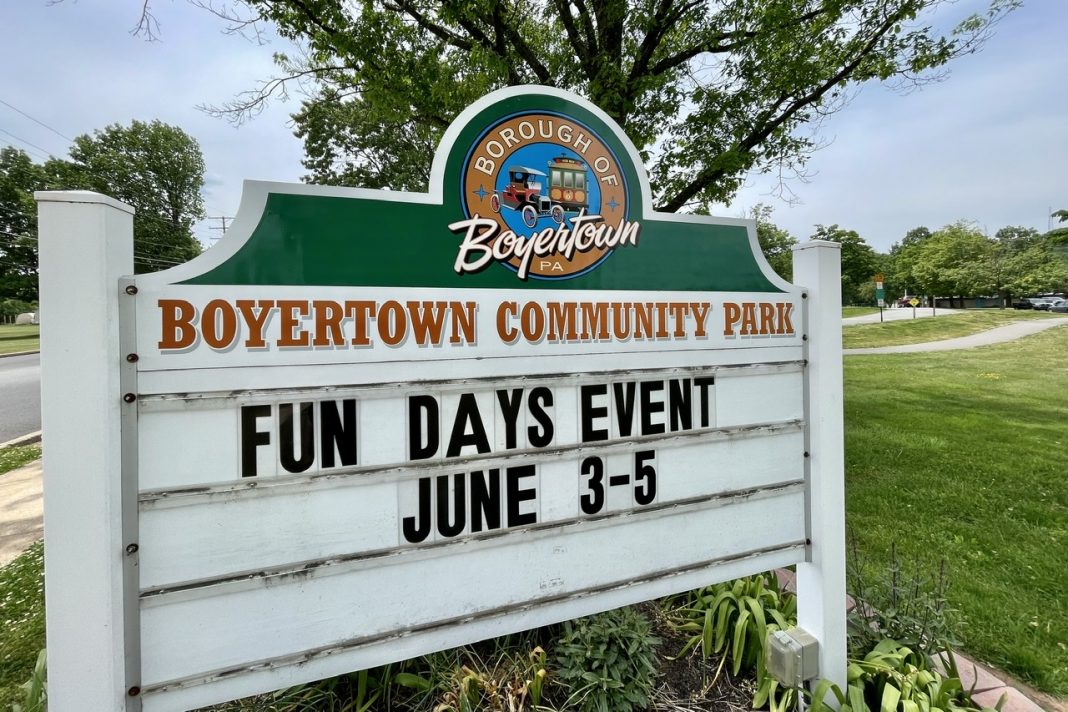 Building a Better Boyertown will host its Comedy Under the Stars – Boyertown Summer Series in conjunction with SoulJoel Productions beginning June 24, 2021.

Throughout the summer, the Thursday night comedy shows at Boyertown Community Park will raise money for BaBB. Each show features a different national headliner comedian.

Tickets are $20 and $10 will go directly to BaBB and can be purchased at sjpcomedy.com or from BaBB’s Facebook page. Audience members are asked to bring their own seating for the event.

The series will kick off on June 24, 2021 at 7pm with Jay Black. Jay Black left his job as a high school English teacher ten years ago to embark on a career as a stand-up comic. On the stage, Jay has headlined clubs across the nation, from the MGM Grand in Las Vegas to the Tropicana in Atlantic City and just about every comedy club in between. He also toured extensively in Europe as the host of the US Army’s “I Am Strong” tour.

The show on July 15, 2021 at 7pm will feature Graham Ka. An award-winning stand-up comedian, actor, and TV writer, Graham Kay has been described as “quick, clever, deliciously sarcastic and brilliantly funny” by the Huffington Post Comedy. He recently performed stand up on The Late Show with Stephen Colbert and has a new Comedy Special available on Crave TV. He has also won the coveted Just for Laughs 2013 Homegrown Comic Competition.

Meghan Hanley & Joe Devito is scheduled for August 19, 2021 at 7pm. Joe Devito’s dead-on timing, unexpected twists and sheer flights of lunacy make him a favorite at clubs and colleges across the USA, and at top venues in New York City. After spending a decade as a journalist and advertising writer, Joe gave in to his coworker’s demands to try performing. Since then he has appeared on television more than 150 times including Comedy Central, The Late Late Show, and Last Comic Standing.