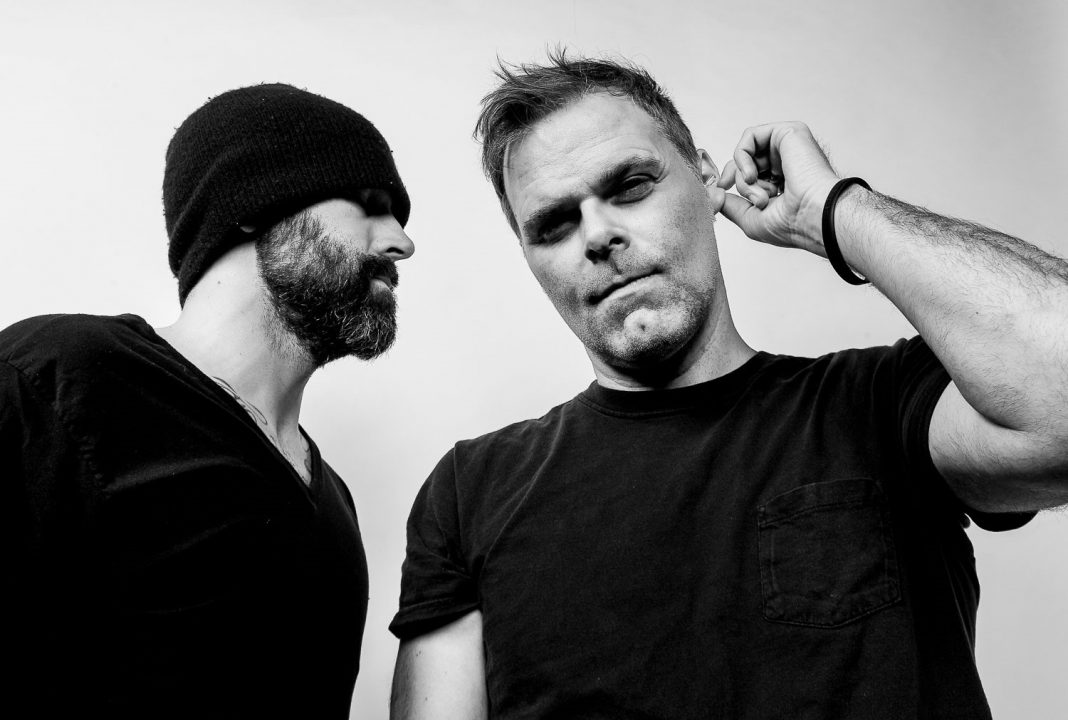 Local H is known for their blistering live shows and for pioneering the two-man band set-up, frontman Scott Lucas covers both guitar and bass through an extra pick up in his guitar and drummer Ryan Harding pounds out the rest of the sound, joining the band in 2013.

While they have earned praise in the past for their catalog of clever concept albums, Local H are forgoing a singular theme on their newest album, ‘Hey, Killer’ turning out a non-stop blast of straight-up, hooky, guitar-heavy rock songs, each one catchier than the last. The band’s discography includes seven other studio albums, a 2 live albums, and a bunch of EPs and DVD releases.

Local H’s widely praised 1998 concept album Pack Up the Cats earned a spot in SPIN magazine’s top 20 albums of that year. The band was named “Chicagoans of the Year” by the Chicago Tribune for their 2008 break-up album, 12 Angry Months, more than a decade after their breakthrough hit “Bound for the Floor” ruled the Modern Rock charts from the certified gold album ‘As Good As Dead’.

The band has recently circled the globe touring with everyone from Everclear, The Toadies, and Helmet to opening for Metallica on 5 sold out stadium shows. This past winter the band had the honor of performing at half-time during the Chicago Bears vs. Philadelphia Eagles NFL game at Soldier Field in Chicago.

Reading, Pa.’s longest running, active original band, Anthrophobia, have been in the trenches since 1985 and are not slowing down any time soon. The band has a unique sound all their own, fusing elements of heavy ROCK music with touches of punk, classic rock anthems, alternative and metal.

Frank Phobia (leader and founding member) disbanded the entity back in 2007 then roared out of retirement in 2015 releasing some of their best material to date on two new EPs entitled, ‘Grind’ and ‘Rewired’. Frank and his band mates, guitarist Brent Black, drummer Dickie Delp, and bassist Rob DiJoseph have re-established themselves as one of the best original live acts in the region. Do not miss their special, career spanning, homecoming set at Downtown Alive!

The concert will be held in the 500 block of Penn Street between 5 and 9 p.m. Each concert will have a festival atmosphere and include food trucks and beer and wine for sale. A “kids play zone” will also be set up and feature a variety of activities for children. Specific food and beverage vendors will be announced before the series begins.

Berks County Community Foundation, which has been financially supporting the concert series since its inception in 2015, is providing major financial support from its Hawley and Myrtle Quier Fund. Berks County Convention Center Authority is another major sponsor.