One person has died and another injured following what police say was a domestic related shooting Saturday afternoon in the parking lot of the Walmart in Wyomissing.

Police responded at 4pm to the Berkshire Square shopping plaza in Wyomissing for the report of a shooting. Arriving on-scene, first responders found multiple victims in the parking lot in two different areas, by the main entrance of the shopping center, and near Walmart.

Wyomissing Police Chief John Phillips stated Saturday evening that the shooting appeared to be domestic related. One man has died, one other person was transported to the hospital, condition unknown, and that the suspected shooter is in custody.

“We feel as though we have the involved person in custody at this time. So, we don’t think that there’s anybody out there, there is no danger to the public” said Phillips.

Phillips provided a brief timeline of the events, noting additional details will be provided at a later time. “Preliminarily, a domestic type situation, husband confronted wife down at the first scene, at that location shots were fired. The deceased was in his vehicle, tried to get away, as you can see there was a crash scene, he was shot as he was trying to get away. He made it this far, and crashed where he succumbed.” 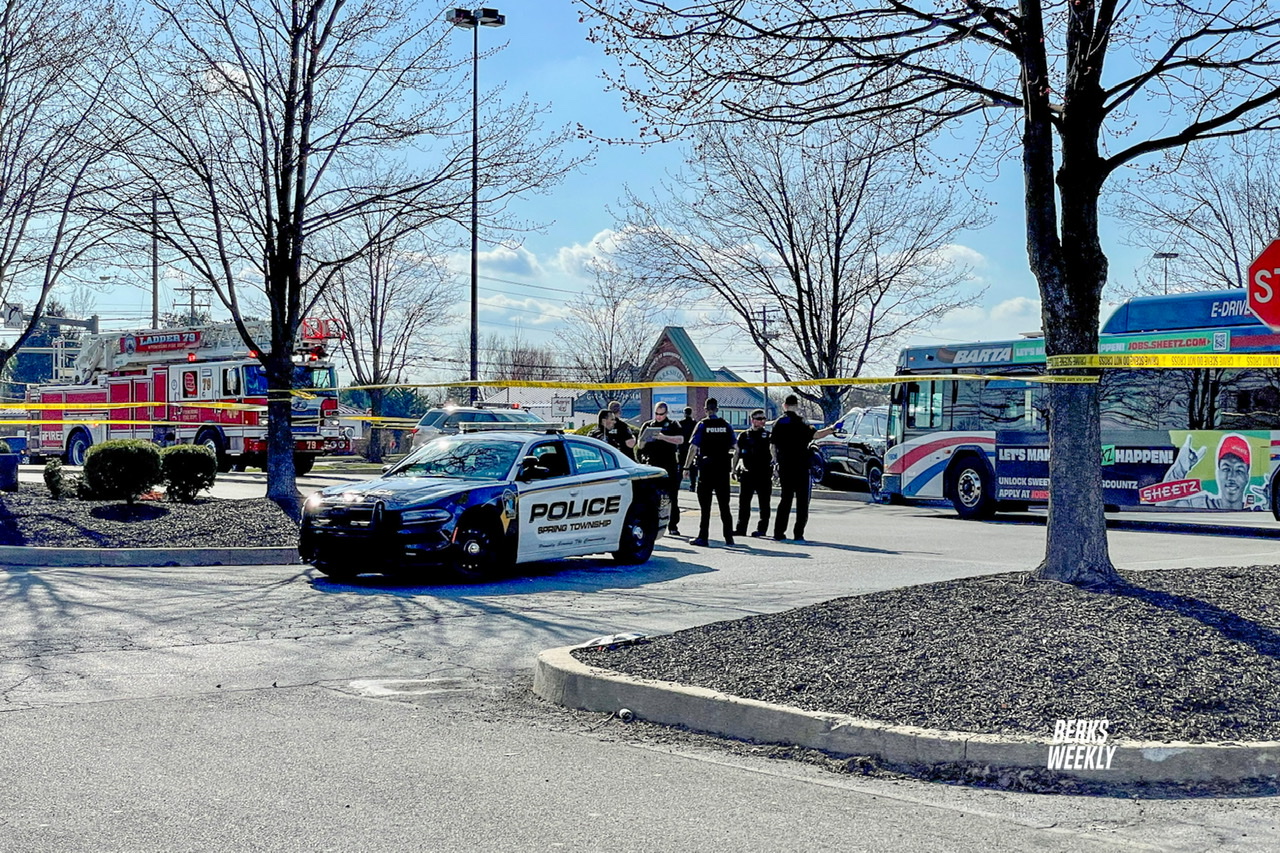 According to Phillips, Spring Township Police arrived first and quickly put the suspect in custody. “We received numerous 911 calls when this was occurring, we just had officers close by, thankfully.”

Phillips says a hand gun was used, but said they do not have the weapon used. Investigators plan to execute search warrants on the vehicles to find additional evidence. 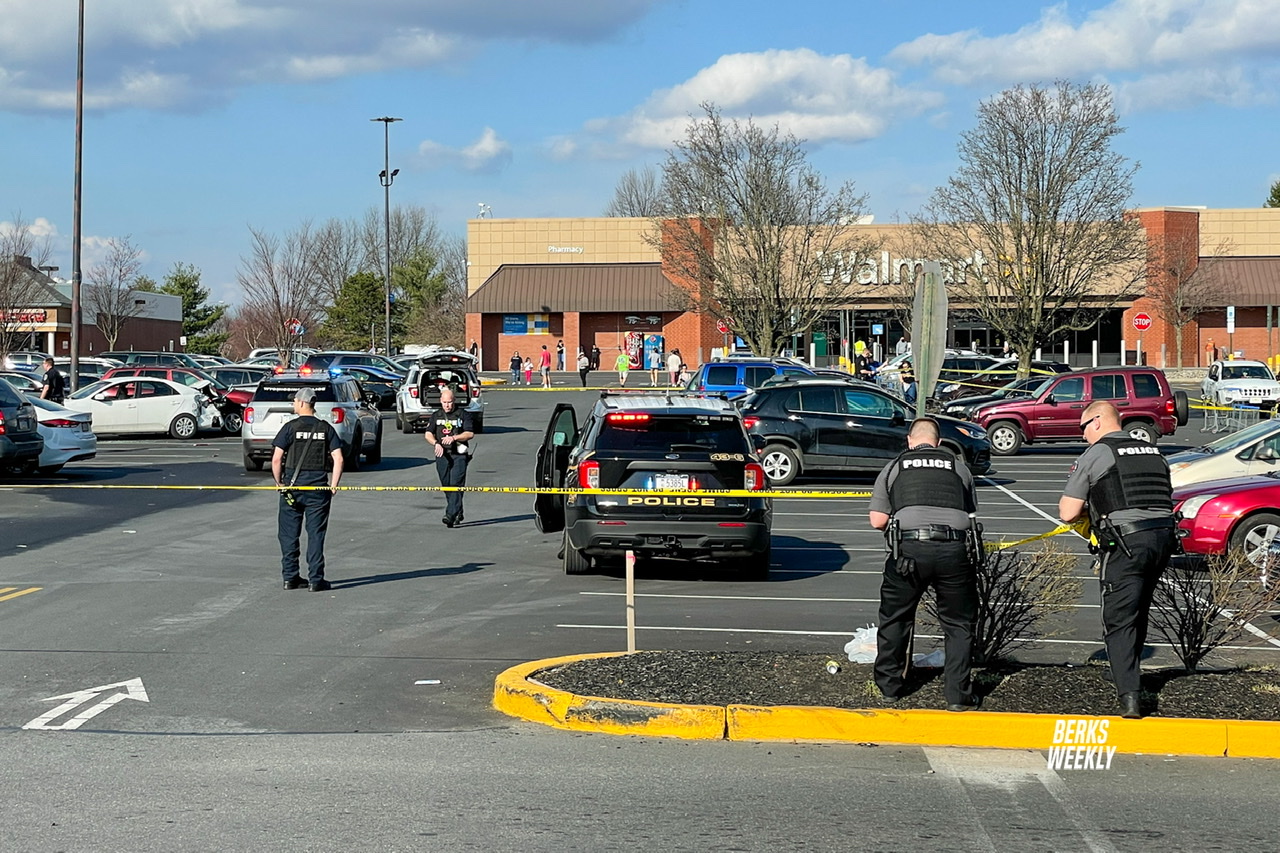 “We hope that when people are having issues they find better ways to resolve the issues. This is not the answer. This is going to end tragically for everybody involved and the person we have in custody, his life is now ruined as well” said Phillips.

“Tragically, somebody else could have been hurt. We have kids coming in and out of all these stores all the time it could have been a real tragedy, more than it already is.”

This article will be updated when additional information is released by authorities.