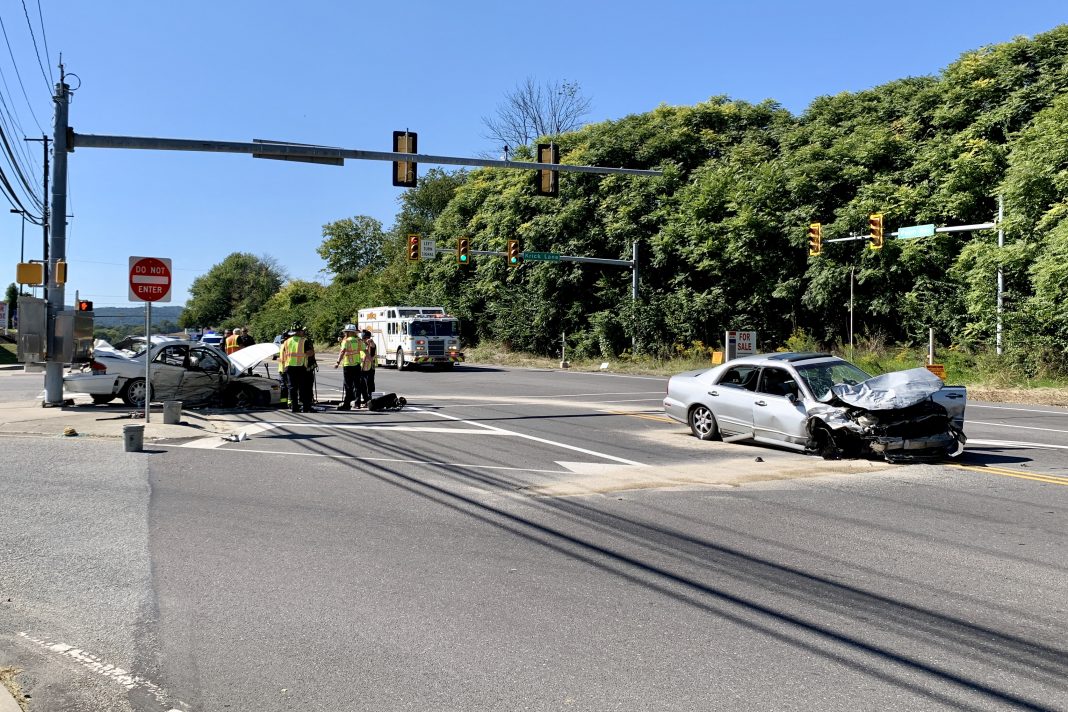 A police chase ended with a two vehicle crash at the intersection of Krick Lane and Penn Avenue in South Heidelberg Township Monday afternoon.

According to officials, Police received several 911 calls regarding an erratic driver travelling East on Penn Avenue near Wernersville. Police found the vehicle travelling at a high rate of speed and pursued.

“Because of the extreme erratic behavior of the driver, the pursuit was called off” said South Heidelberg Police Chief Leon Grim, who was on scene following the crash.

A short time later the fleeing vehicle collided with another car which was travelling West on Penn Ave turning turning onto Krick Lane.

During the crash, the driver who was eluding Police was ejected, and then run over by their own vehicle. Police on-scene said the driver had sustained visible “traumatic injuries” and was taken to the hospital.

The driver of the other vehicle was also taken to the hospital for their injuries.

The investigation is still on-going. Additional details will be provided when available.