A domestic-related shooting has left two people injured and the gunman dead by suicide Thursday morning in Wyomissing.

The Wyomissing Police Department responded to the Berks Center for Digestive Health, located at 1011 Reed Ave., Wyomissing, Thursday December 15, 2022 around 8:30 am, for the report of a shooting that just occurred.

Upon the arrival of officers, police say three subjects were found with gunshot wounds, one was deceased. The incident occurred in the parking lot located at the rear or the medical office. 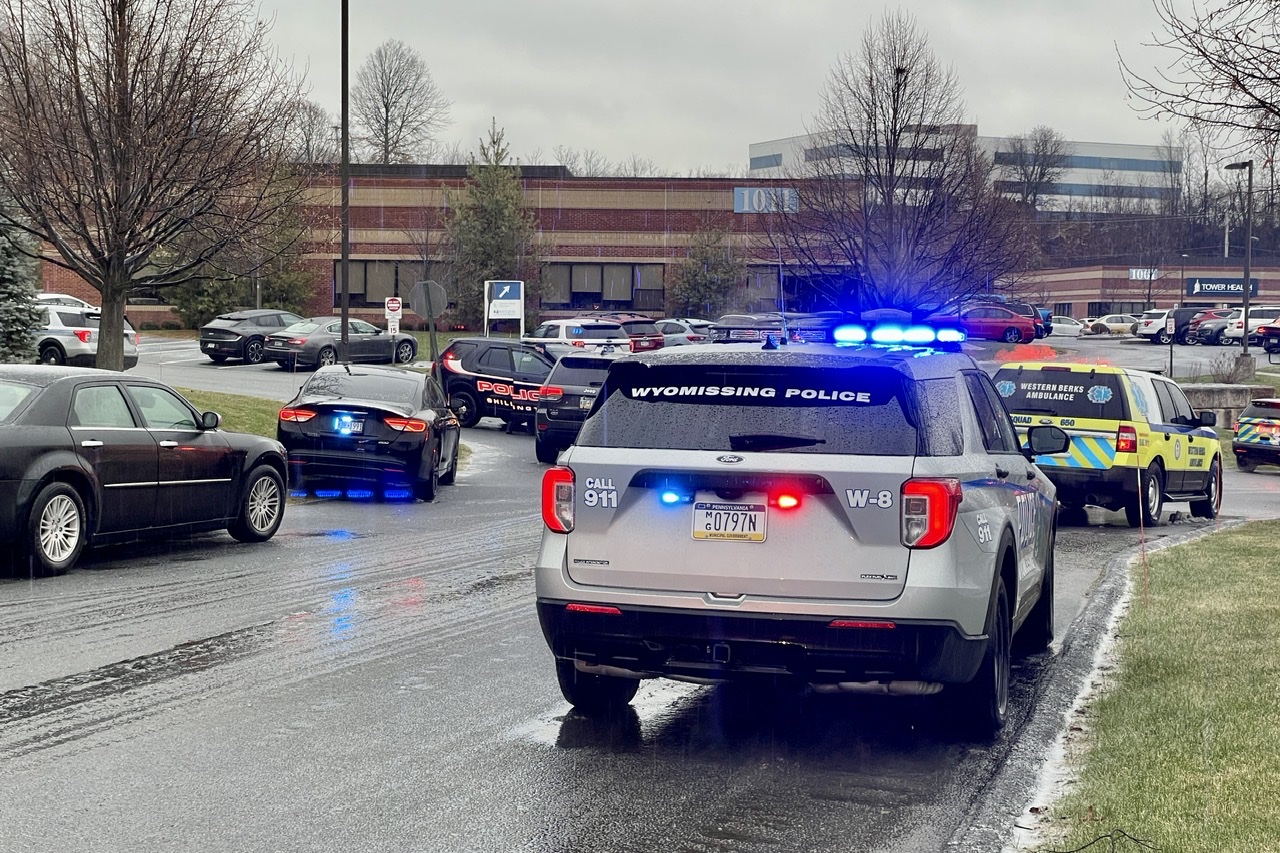 According to Wyomissing Police Chief John Phillips, two of the subjects had been in a relationship at one time and that the breakup had not been amicable. The male, Xavier Starks, pulled up behind his ex-girlfriend, Stacie Vereen, as she arrived for work.

An argument then broke out between the two individuals. Another employee, Travis Ritter, attempted to intervene in the argument.

Phillips says Starks then pulled out a handgun and shot Vereen in the neck/face area. Ritter then attempted to disarm Starks but was then shot in the upper-chest region. Starks then pointed the gun at himself and ended his own life.

Other employees from the medical facility
then began to administer first aid to the victims. The victims were transported to Reading Hospital for treatment by EMS personnel.

Vereen has since been transported to Penn Presovterian Hospital in Philadelonia. her status is unknown. Ritter is currently in critical, but stable condition. The Wyomissing Police Department Is confident that there Is no further danger to the community.

The investigation is ongoing. If anyone has any information regarding this incident, they can contact the Wyomissing Police Department at 610-375-6102