Berks DA: No Charges to be Filed in Exeter Fatal Stabbing 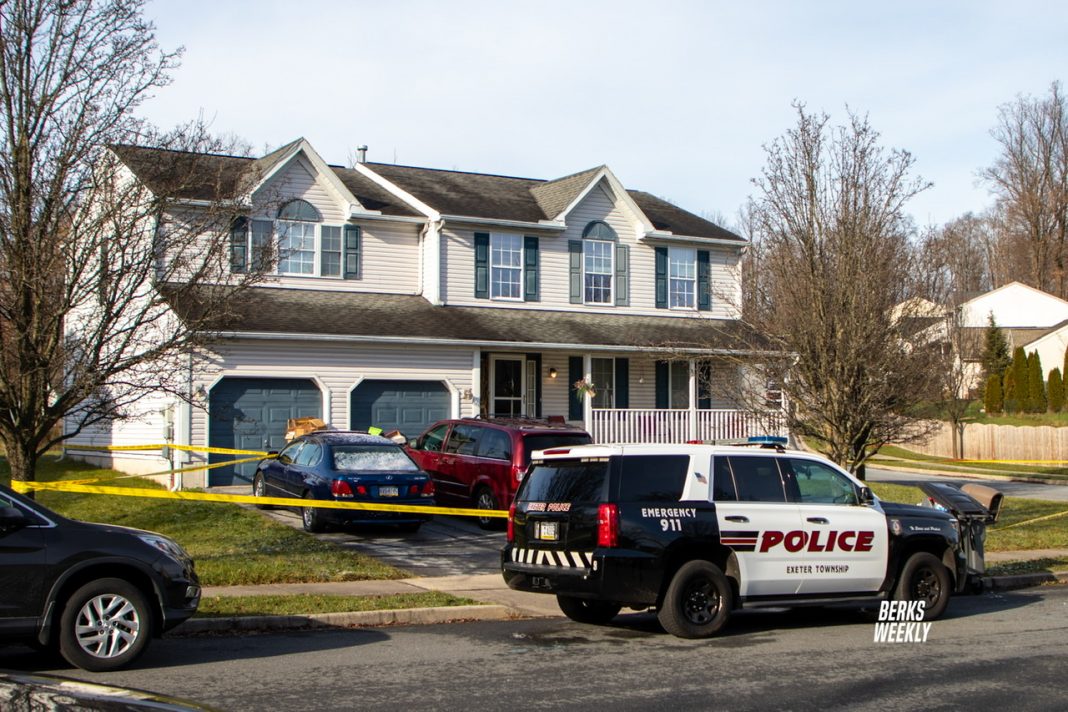 District Attorney John T. Adams announced Tuesday morning that the actions taken by the paramour of Terance M. Myers Sr. on December 14, 2020 at their residence in the 4300 block Hillside Road, Exeter Township was a reasonable act of self-defense.

Adams says the paramour was justified in employing deadly force against Myers to ensure the safety of herself. As a result, the paramour will not be charged with any criminal offenses in connection with the incident that day.

Pennsylvania Law allows all persons to use deadly force in an act of self-defense if the person reasonably believed that he/she faced an unlawful interference that created a risk of death or serious bodily harm. If, as here, a person’s actions are privileged under the law of self-defense they cannot be convicted of any crime.

According to the investigation report, on December 14, 2020, Emergency Medical Services and the Exeter Police Department responded to a home in the 4300 block of Hillside Road on a 911 call relative to a reported accident that a male occupant has a cut to his chest, and he is not breathing.

Upon arrival, the first police officer was directed to the second-floor bathroom of the home. There, the police officer observed a male lying on the bathroom floor. He was bleeding from the chest and was unresponsive. EMS personnel also arrived at the scene and determined the male was deceased and that he suffered a penetrating stab wound to the left side of his chest.

The male was positively identified as Terance Maurice Myers Sr., 35 years of age, who resided at the home along with several other adults and children.

The Berks County Detectives were notified by the Exeter Police Department and a joint investigation was conducted.

During the investigation, detectives learned that Terance M. Myers Sr. and his live-in paramour engaged in a verbal disagreement in their second-floor bedroom. A physical altercation ensued when Myers armed himself with a knife and bat. His paramour was able to take the knife from him and run into the walk-in-closet for protection. Then, Myers opened the closet door and armed with another knife, he lunged at her. Subsequently, the paramour held her knife in a defensive position to fend off her attacker causing the single stab-wound to Myers.

Myers eventually was able to retreat to the master bathroom and fell to the floor. The paramour administered first aid and CPR to no avail.

Myers was pronounced deceased by a Berks County Deputy Coroner Deputy and transported to Reading Hospital/Tower Health by ambulance personnel.

On December 15, 2020, Forensic Pathologist Doctor Supriya Kuruvilla conducted an autopsy on Myers. Based on her examination and the results of the autopsy, she concluded the cause of death was due to a single stab wound to the left side of his chest.

On January 6, 2021, the toxicology report from Penn State Health/St. Joseph indicated that Terance M. Myers Sr. had a blood alcohol concentration (BAC) of .384%.

For reference, Myers’ BAC was over four times the legal limit to operate a motor vehicle in Pennsylvania. Additionally, traces of THC were also present in his system.

District Attorney John T. Adams concluded that the paramour was reasonable in her belief that she was in imminent danger of death or serious bodily injury due to Myers’ actions of advancing and lunging towards her with a knife. Adams says it is also reasonable to believe that Myers had the intent and means to inflict death or serious bodily injury to her and the use of deadly force under these circumstances was reasonable and therefore privileged under Pennsylvania law.

“While it is unfortunate that a life was lost, the action taken by the paramour involved was to protect herself” said Adams.