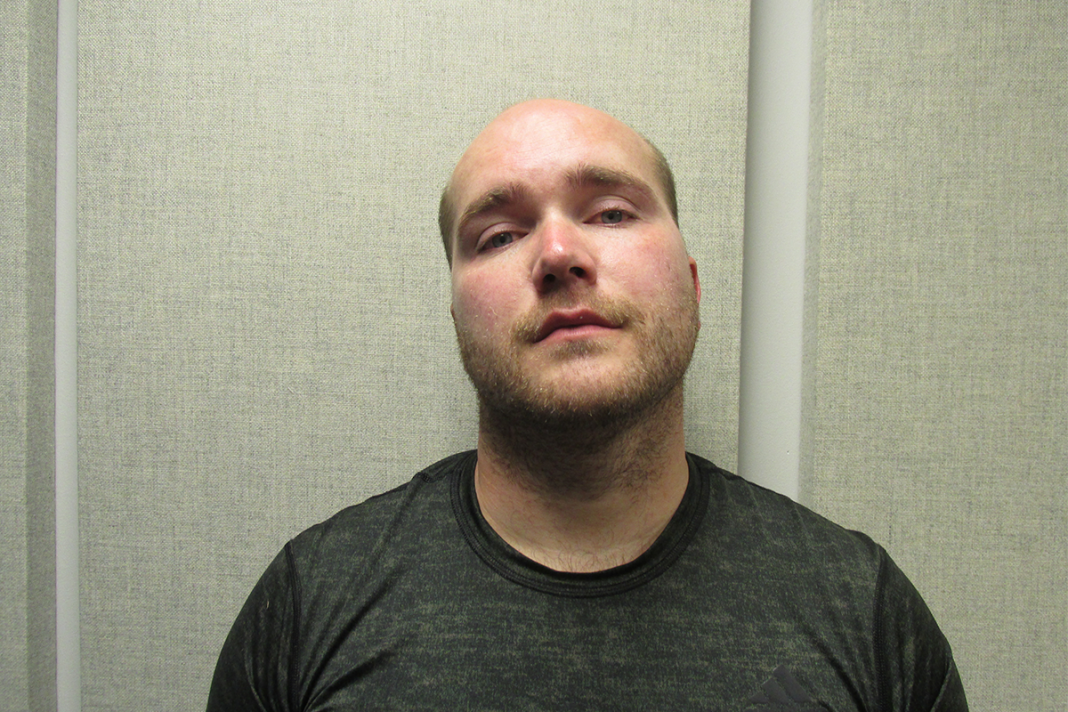 According to investigators, On Friday, September 11, 2020, the Shillington Police Department was dispatched for a report of a threatening note left at The Medicine Shoppe Pharmacy, 101 West Lancaster Avenue.

The owner reported that a hand-written note was taped to the front door of the pharmacy. He discovered the note when he arrived for work that morning. The content of the hand-written note threatened the safety of the owner and his family, if he did not comply with the demands contained therein.

On the same day, the investigation was turned over to the Berks County Detective’s Office, and based on information received, Detectives conducted an undercover investigation wherein they purported themselves to be couriers for the pharmacy.

Detectives say, at approximately 6:15 pm on the same day, Mullen then met with undercover an officer on the church parking lot with who provided a bag of controlled substances. After receiving the bag, Mullen was then taken into custody.

Detectives transported Mullen to their office, where he gave an admission to writing the threatening note, taping it to the front door of the Medicine Shoppe Pharmacy, and to arriving at the meet spot with the intention of taking possession of the controlled substances.

Detectives say Mullen blamed his actions on his addiction to prescription drugs.

Mullen was later preliminarily arraigned before Magisterial District Judge David Yoch. Bail was set at $100,000 and he was committed to Berks County Jail.

He is charged with Robbery, Theft by Extortion, Terroristic Threats, Possession of a Controlled Substance, Possession with Intent to Deliver.

Mullen was also arrested in March of 2019 for Robbery and related charges of the West Reading Drug Store. He plead guilty to Robbery and was later sentenced on September 12, 2019 to 9 to 23 months in Berks County Jail, followed by 8 years of probation.