A fire broke out Tuesday afternoon in the 1700 block of Cotton Street in Reading. Firefighters were dispatched just after 5:45pm. A column of smoke could be seen as far away as the Penn Street Bridge.

Arriving on scene, firefighters found significant fire from the first and second floor rear of the home.

Initially, a person was reported to be trapped on the roof of the building. Fire officials later confirmed an occupant jumped from the rear of the third floor to a lower roof to escape. 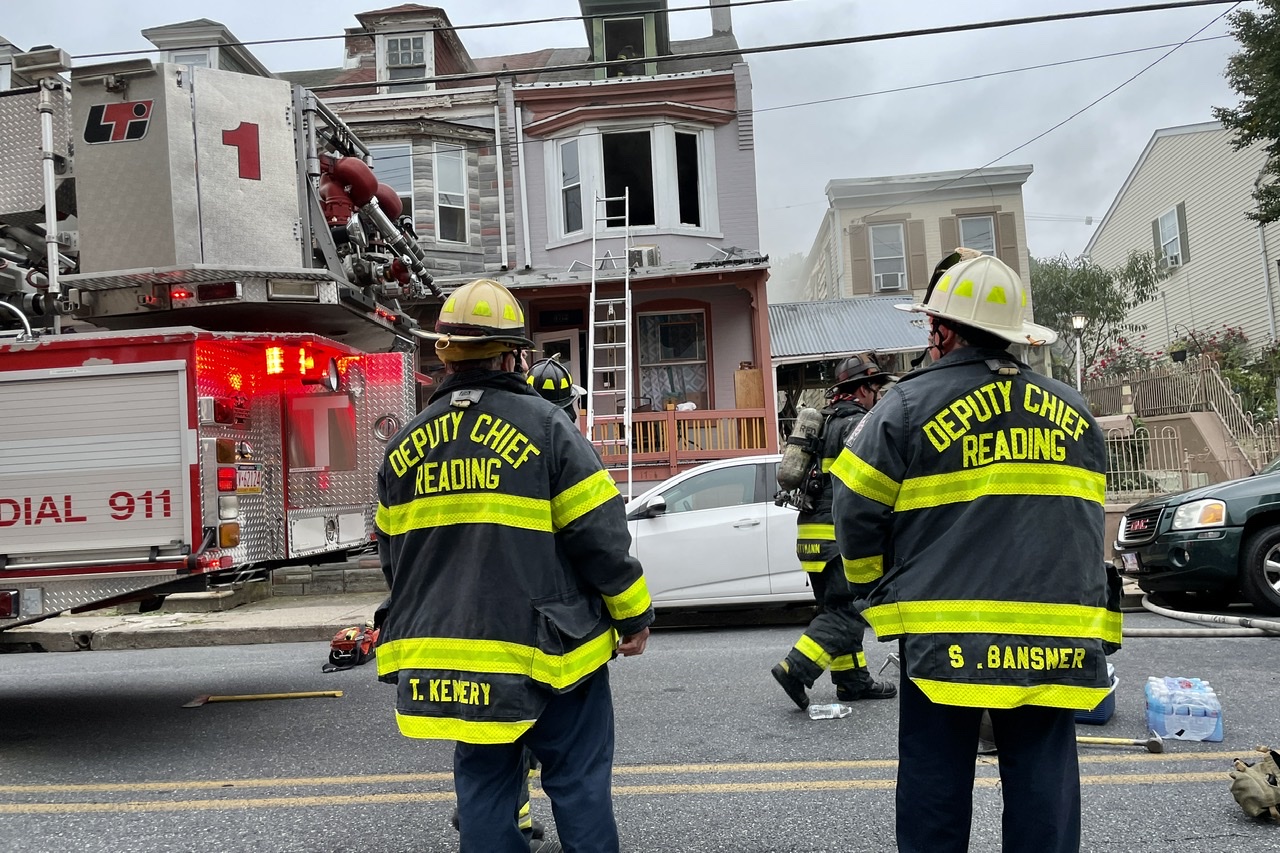 One firefighter was injured and subsequently transported to the hospital. Officials on scene say it was a minor injury.

Soon after the fire was placed under control Police put up crime tape around the scene. A short time later, one person was seen being placed into custody. Police on scene declined to provide any details.

The cause of the fire is under investigation.

This article will be updated when additional information is available.