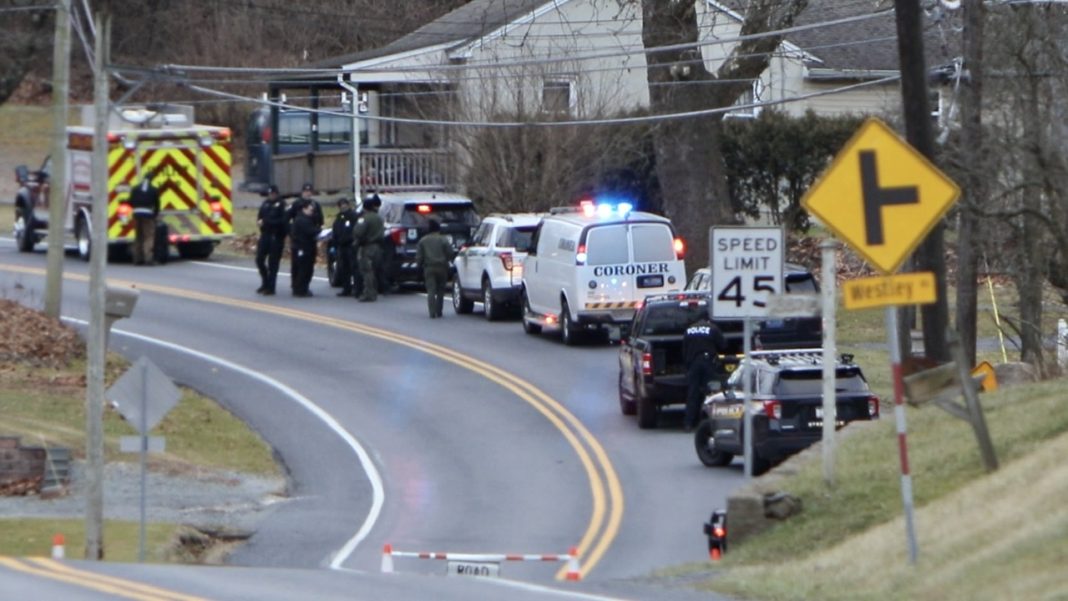 Saturday afternoon’s large police response in Robeson Township, which prompted the closure of Morgantown Road (Route 10) for several hours, was due to a domestic disturbance.

According to a Robeson Township Police Department media release, at approximately 2:02pm, officers were dispatched to a residence on Morgantown Road, south of Westley Road for the report of a domestic disturbance.

Responding officers were advised that a male and female were having a domestic disturbance and the involved male had locked himself in a vehicle, armed with a handgun.

Officers were advised that the female involved had taken shelter in her residence for her protection.

Police say the investigation to this incident is ongoing.