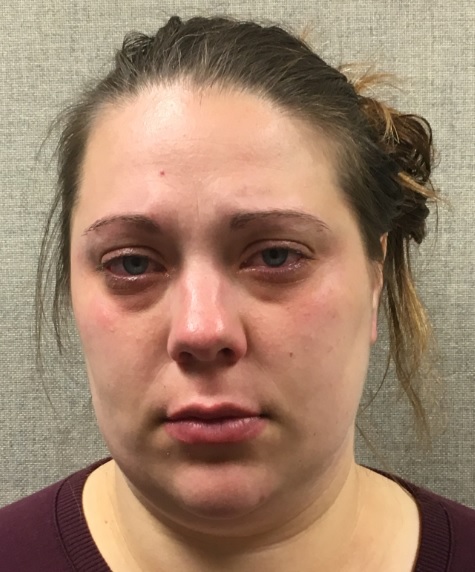 On January 8, 2019, the Berks County Detectives Office received a Childline Referral from the Commonwealth of Pennsylvania, Department of Human Services, which identified an infant who had been neglected and suffered from an extreme case of “failure to thrive.”

The infant was born October 19, 2018. She weighed approximately (6) six pounds and (4) four ounces shortly after birth.

She was approximately (81) eighty-one days old when the Berks County Detectives Office received the Childline Referral.

The defendant, Ashley Elizabeth Sterner, is the biological mother and primary child care provider for this infant, who was in her custody (24) twenty-four hours per day and (7) seven days per week.

Sterner, failed to take her daughter (victim) to any of the scheduled medical appointments from October 24, 2018, up through January 4, 2019.

The infant was admitted into the hospital on January 4, 2019, weighing approximately (5) five pounds and (14) fourteen ounces.

The infant gained weight and her overall health improved while she was admitted at the hospital.

The infant had no known pre-existing medical conditions or concerns.

The Attending Physician at the hospital stated that this was one of the worst cases she has ever seen and described (4) four stages:

The Attending Physician concluded that this infant was in Stage #4 or the “final stage” and that the infant would not have survived without medical intervention.

The infant was described as “skin and bones.”

After spending (10) ten days in the hospital, the infant was medically discharged, weighing (7) seven pounds and (8) eight ounces upon discharge.

The infant (victim) has been placed in foster care at this time.

On May 10, 2019, the Berks County Detectives filed the aforementioned criminal charges against the defendant, Ashley Elizabeth Sterner, at Magisterial District Judge Brian Strand’s Office. M.D.J. Strand issued an Arrest Warrant for the defendant.

On Monday, May 13, 2019, at approximately 9:00 A.M., members of the Berks County Detectives Office took the defendant, Ashley Elizabeth Sterner, into custody and she was immediately escorted to the Central Processing Center and released into the custody of the Berks County Sheriff’s Department.

The defendant, Ashley Elizabeth Sterner was fingerprinted, photographed and her Preliminary Arraignment was held via video. Bail was set at $25,000.00 unsecured and she was released pending a Preliminary Hearing which will be held at a later date.

As in every criminal case, the fact that an arrest has occurred or a complaint has been filed is merely an accusation, and the defendant Ashley Elizabeth Sterner, is presumed innocent until and unless proven guilty. Information in this article was sourced by the Berks County District Attorney’s Office.