One dead after officer-involved shooting in Muhlenberg, DA investigating 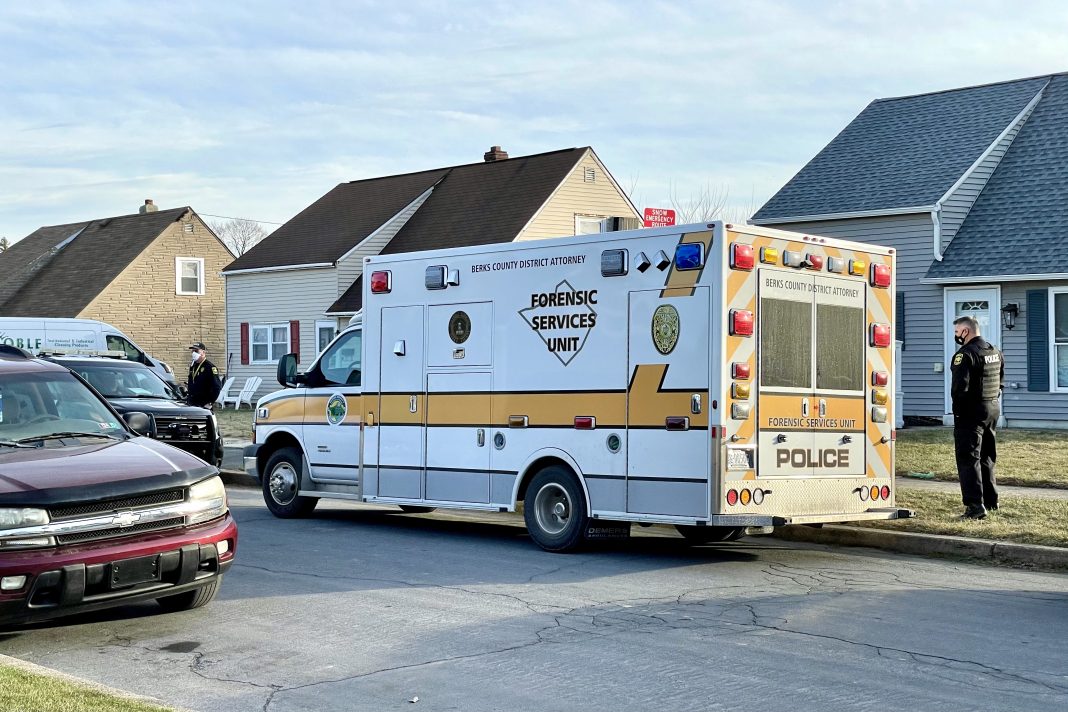 A Muhlenberg Township Police Officer shot and killed a man Monday afternoon, after a man allegedly pulled a knife on a responding officer and refused to drop it, according to the Berks County District Attorney’s Office.

The Berks DA has released additional information on the incident. On Monday afternoon at approximately 2:15pm, the Berks County Department of Emergency Services received a 911 call from a female, reporting a male with a knife, stating a male had threatened her and the phone call disconnected.

The 911 operator dispatched Muhlenberg Township Police Officers to a residence located in the 700 block of Wagon Wheels Lane.

Invesigators say, upon arrival, the uniformed Police Officers entered the residence and the female complainant advised them the male with a knife locked himself inside the 2nd floor bedroom.

Officers proceeded to the 2nd floor. They located a key, which enabled them to unlock and open the bedroom door. The male brandished a knife and after failed verbal commands and attempts to get him to drop the knife, one Officer deployed his taser, which had no effect.

A 2nd Officer discharged his firearm one time, striking the male in the chest area.

The male was rushed to the Trauma Unit at the Reading Hospital. At approximately 3:14pm, the medical staff determined the male was deceased.

Investigators say no Police Officers were injured during this incident.

District Attorney John Adams says he intends to hold a press conference in the near future to discuss the investigation in more detail.

Officials also say it was an isolated incident and there is no longer any danger or threat to the community.

If anyone has any information regarding this incident, please contact the Berks County Detectives at 610-478-7171.