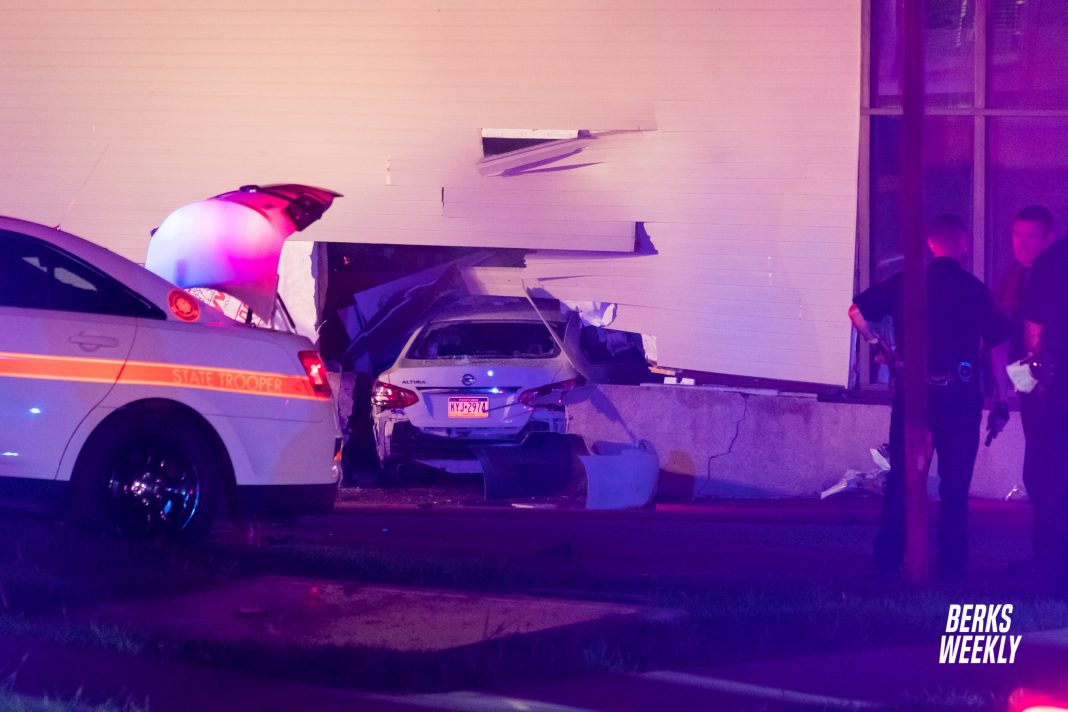 One person was taken into custody Saturday night following a police chase that ended in the 3700 block of Perkiomen Avenue in Exeter Township.

Tuesday, Pennsylvania State Police identified Jason Miller, 40, of Reading, to be the driver of the vehicle that crashed into the Apollo Pools building in Exeter.

According to Police, Miller failed to pull over for Police during a traffic stop in Sinking Spring. The pursuit then traveled through several municipalities including Spring Township, Alsace Township, Ruscombmanor Township, Oley Township, Mt. Penn Borough, Alsace Township, and the City of Reading, before ending in Exeter Township.

During the pursuit, State Police say Miller tried to strike a Fleetwood Borough Police Officer with his car. Soon after, local police requested State Police take over the chase.

Officers in the pursuit say they observed Miller speeding, traveling 60mph in 25mph posted areas, running red lights, and passing cars on both the left and the right. 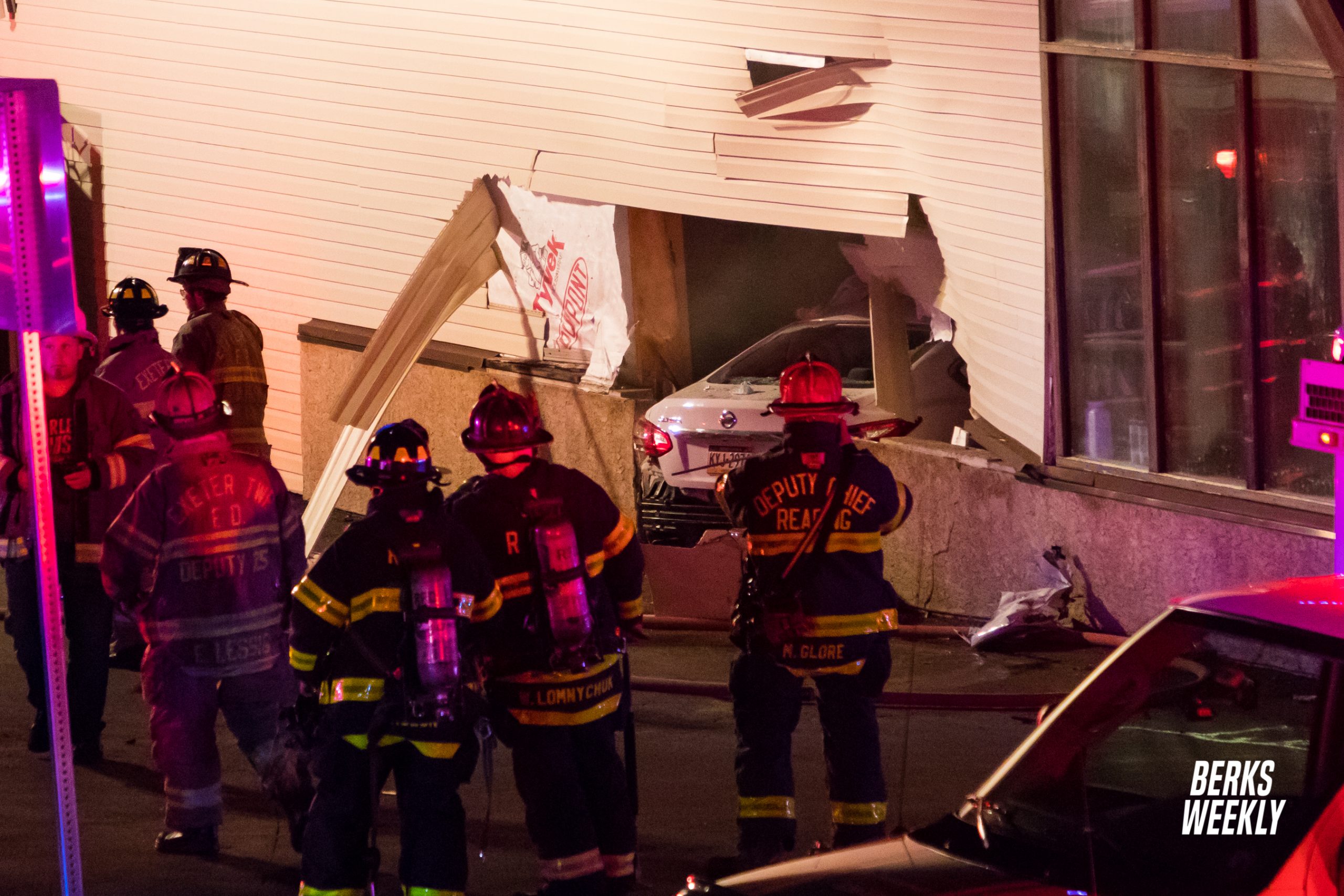 To end the chase, State Police used a PIT maneuver, which lead to Miller loosing control of the vehicle. Crashing into the building, officers say he was not following their verbal commands, so they used Pepper Spray. Miller then exited the car out of the rear window in an attempt to flee.

As a result, Police used a taser, which was ineffective, and ultimately tackled him to the ground. Miller was then transported to the Reading Hospital by ambulance for his injuries.

Following the crash, Perkiomen Ave was shut down in Exeter Township for a few hours as emergency crews secured the building to prevent collapse.

Miller was arraigned with bail set to $30,000. Miller was unable to post bail.