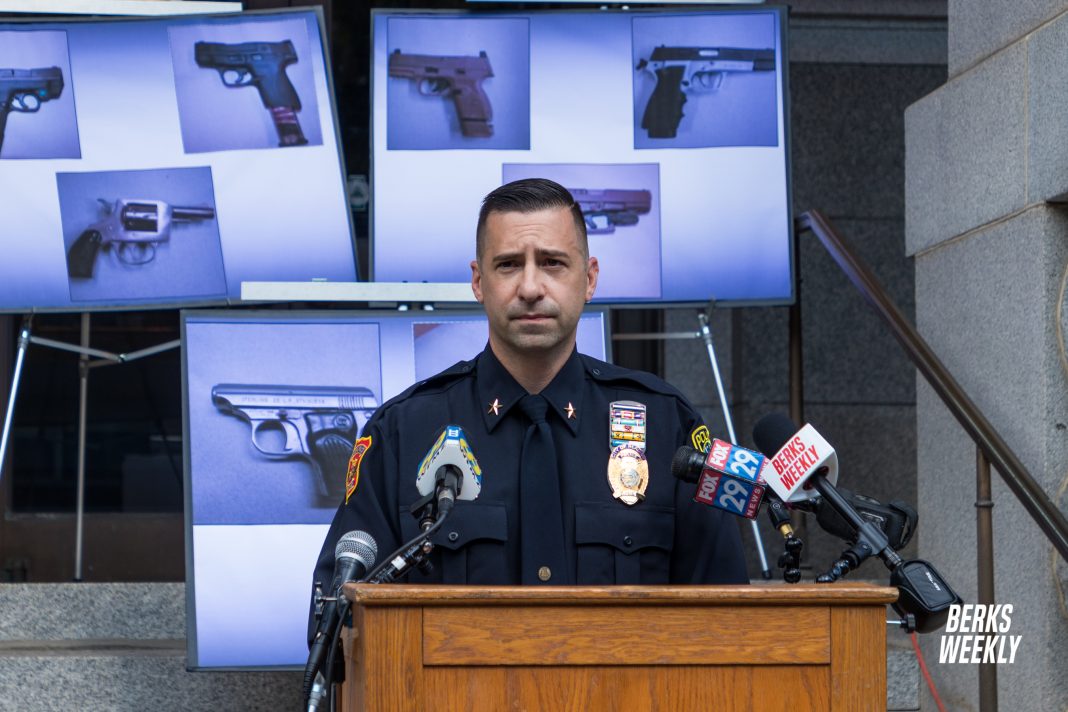 Reading Police say they are actively working to curb the recent increase in shootings and shots fired incidents in the city.

To update the public on their efforts, Chief Richard Tornielli held a press conferece Friday afternoon on the steps of City Hall to announce how this officers are working with State and Federal agents to target violent crimes in the city.

“We’ve been seeing younger and younger violet offenders, in crimes involving firearms, for the past couple of years, and its been kind of an alarming trend” said Tornielli.

On Thursday, Chief Tornielli said his department served a search warrant in 200 block of Pear Street, which lead to the arrest of 3 young adults and 4 juveniles. All were changed with multiple firearms violations.

“Our criminal investigators had done surveillance in the area, and had observed multiple individuals carrying firearms” said Tornielli, explaining the events leading up to Thursday’s raid.

In addition, officers seized 10 illegal firearms, several of which had high capacity magazines. Tornielli said 5 of the 10 were reported stolen. 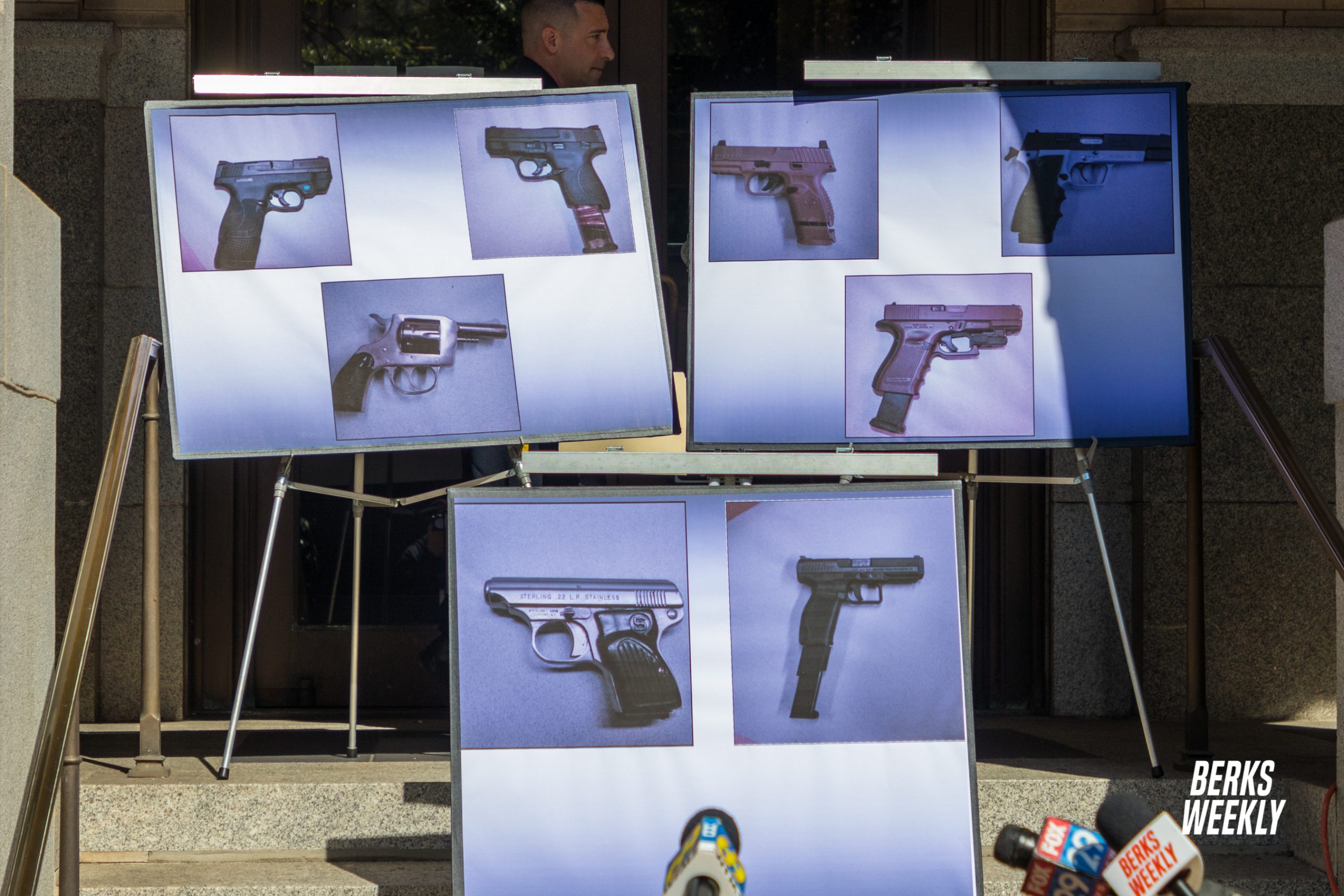 “We will continue to work with our local, state, and federal partners, to make our neighborhoods a safe place for residents and visitors alike. In addition to combating violent crime, Reading Police Department is also working to improve the quality of life in our neighborhoods, through various enforcement initiatives, related to the illegal use of dirt bikes, ATVs, loud music, and parking complaints.”

Chief Tornielli is asking residents who have issues with crime or quality of life concerns to contact their communications center 610-655-6116 or Crime Alert Berks 877-373-9913.