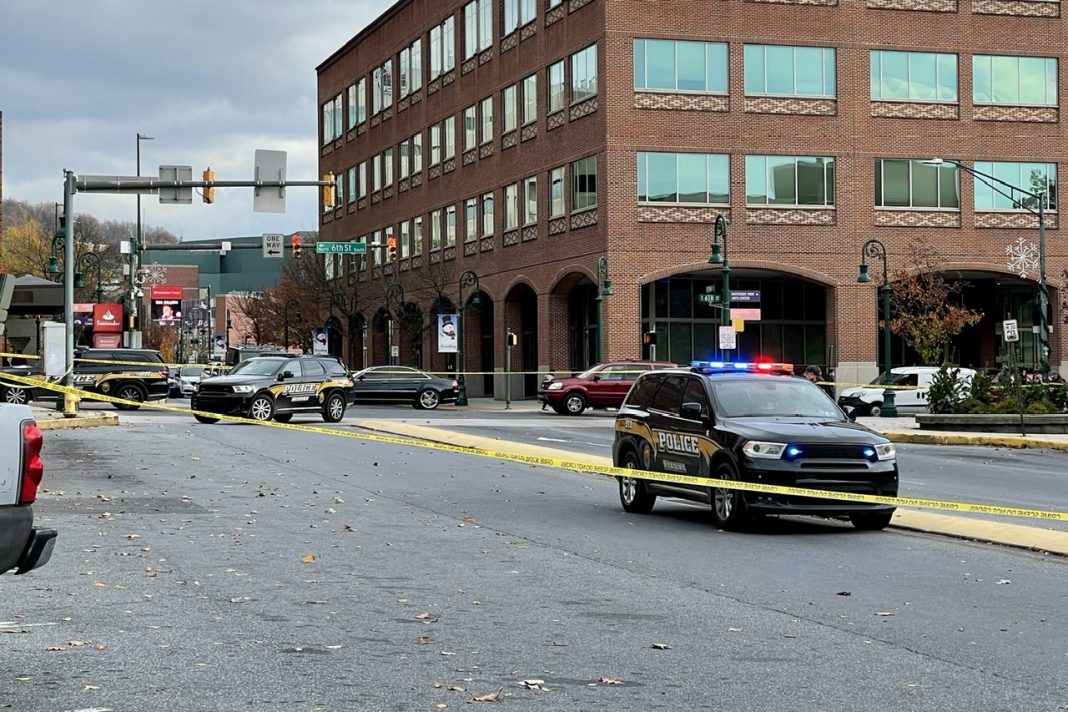 The Reading Police Department has made an arrest in connection with the shooting death of a 30 year-old Exeter Township man Monday in downtown Reading.

When Police got to the scene, they found Leonard King Jr., suffering from multiple gunshot wounds to the chest. He was taken to the Reading Hospital where he died from his injuries.

According to Police, there was some type of altercation which led to the shooting.

As a result of the investigation, an arrest warrant was obtained for Aeneas O’Brien. O’Brien, 19 years-old, has been charged with with 1st Degree Murder, 3rd Degree Murder, and related charges.

At approximately 4:45pm on Tuesday, November 23, 2021, O’Brien was taken into custody without incident by members of the Reading Police Department inside a home in the 1700 block of North 16th Street.