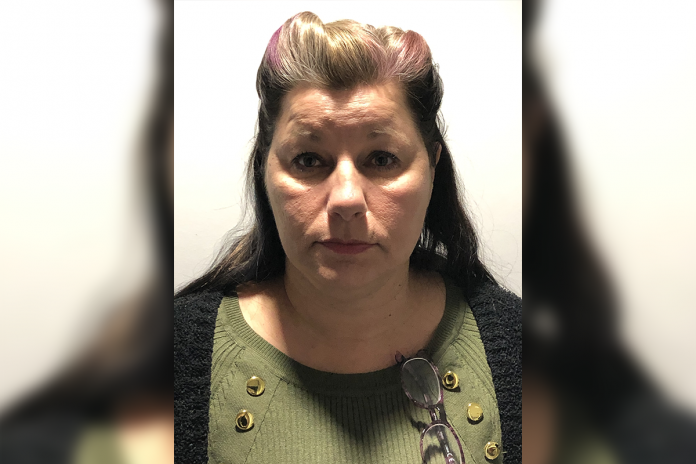 A Reading Women has been charged with theft and embezzlement of more than $1 million dollars over 12 years time while working for the Shillington Social Quarters.

The Berks County Detective’s Office initiated a criminal investigation in February after receiving a complaint relating to the discovery of financial irregularities at the Shillington Social Quarters.

Through the course of this criminal investigation, Detectives interviewed numerous individuals associated with the Shillington Social Quarters, seized records from financial institutions, vendors and the Pennsylvania Liquor Control Board.

In 2015, the Social Quarters was fined for violations pursuant to the Small Games Act and Title 61, specifically citing that punchboards were altered.

According to Police, Macri has been affiliated with the Shillington Social Quarters since 2008. During her tenure, she has been the bar manager, secretary and held the position of trustee for more than (6) six years.

She was entrusted to oversee the entire operation of the Social Quarters, maintain and reconcile the financial records, audit the money and make the timely bank deposits.

During this same timeframe, the Social Quarters bar sales total was $293,839.94, which was the amount they reported to the Pennsylvania Department of Revenue. The net difference being $17,541.31.

In reviewing the purchase records provided by the vendor who supplied the Shillington Social Quarters with the Small Games of Chance, the income that should have generated along with the bar sales, is estimated at $1,105,900.35.

Investigators noted that based on the results of this investigation and in reviewing all the financial documents and business records, the Shillington Social Quarters has suffered a financial loss of approximately $1,088,359.05.

On November 23, 2020, the Berks County Detective’s Office filed criminal charges against Macri and an arrest warrant was issued.

On the morning of November 24 Macri surrendered to the Berks County Detective’s Office.

“This is just another example of monies being stolen from a non-profit organization. Unfortunately, it has occurred too often” said District Attorney John T. Adams.

Cash Stolen from Laundromat Machines in Fleetwood and Topton