The Central Berks Regional Police Department is investigating a shooting that took place in the 2100 block of Perkiomen Ave in Mount Penn, December 8, 2022, around 12:30pm.

According to preliminary information provided by police, the incident began as road rage between two drivers traveling eastbound from the city.

During a confrontation near 22nd Street in Mount Penn, one person was shot in the wrist, sustaining non-life threatening injuries. Police also said one person is in custody from the incident. 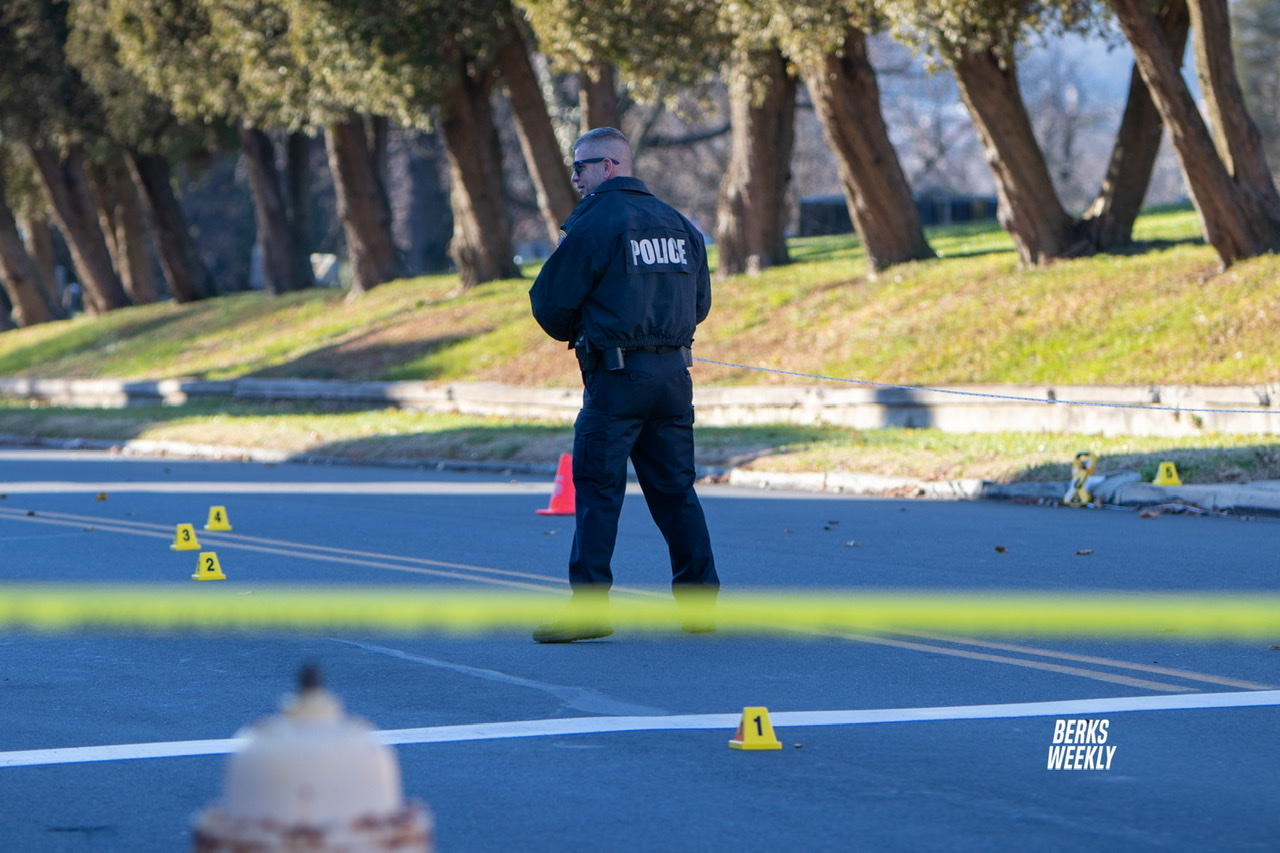 Several evidence markers could be seen on the roadway in front of the Central Berks Regional Police Department station. Perkiomen Ave was closed for several hours for the investigation. It reopened around 3:30pm.

The investigation is ongoing and anyone with information relative to this incident is asked to call Central Berks Regional Police Department at 610-779-1100 or contact Crime Alert Berks at 877-373-9913.