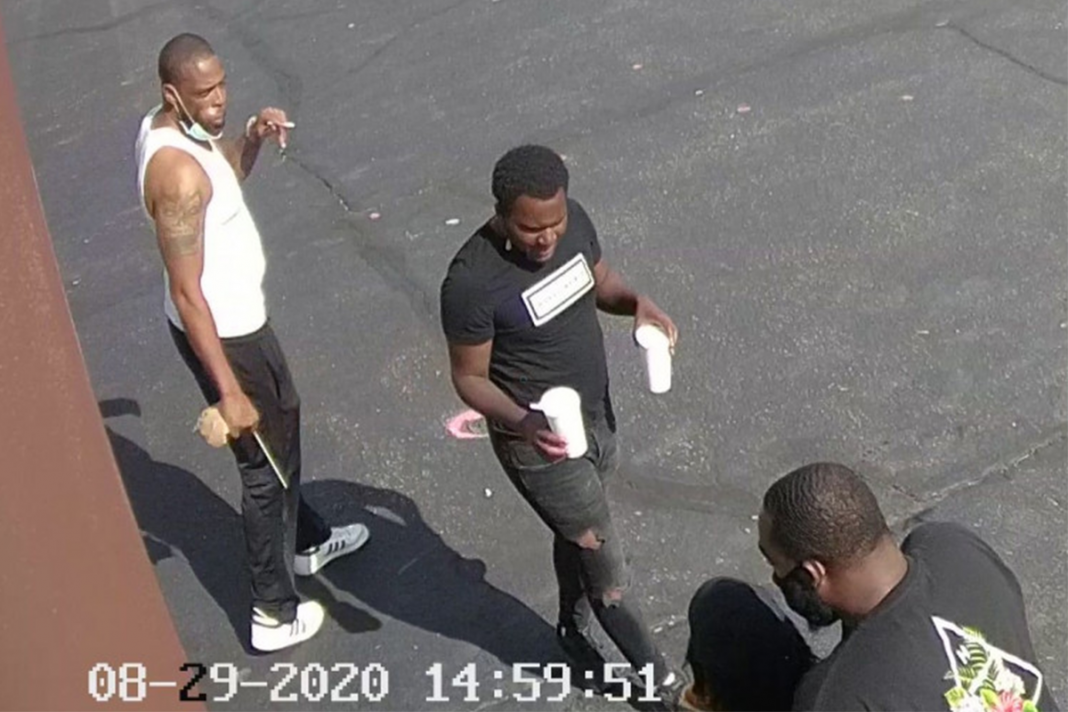 Police in Caernarvon Township are looking for a group of men who stole several firearms during the American Eagle Gun Show held at the Morgantown Classic Auto Mall last weekend.

According to Police, on August 29, five men were observed arriving in two vehicles, a black Jeep Grand Cherokee, and a dark green Chevy Malibu.

The men entered the Gun Show and split up. The man wearing a white sleeveless shirt and tattoos on his right bicep grabbing a gun off of a table display and concealed it under his shirt.

Also on the same date, a man wearing a light blue t-shirt was observed placing his jacket on a table that was left unattended, opened a glass table top display case, and removed a pistol.

Police say other guns were stolen during the Gun Show. However, due to the on going investigation, they have not released any other information.

Anyone with information or who can identify the individuals are asked to contact Caernarvon Township Police or Detective Corporal Chad Eberly at 610-286-1012.