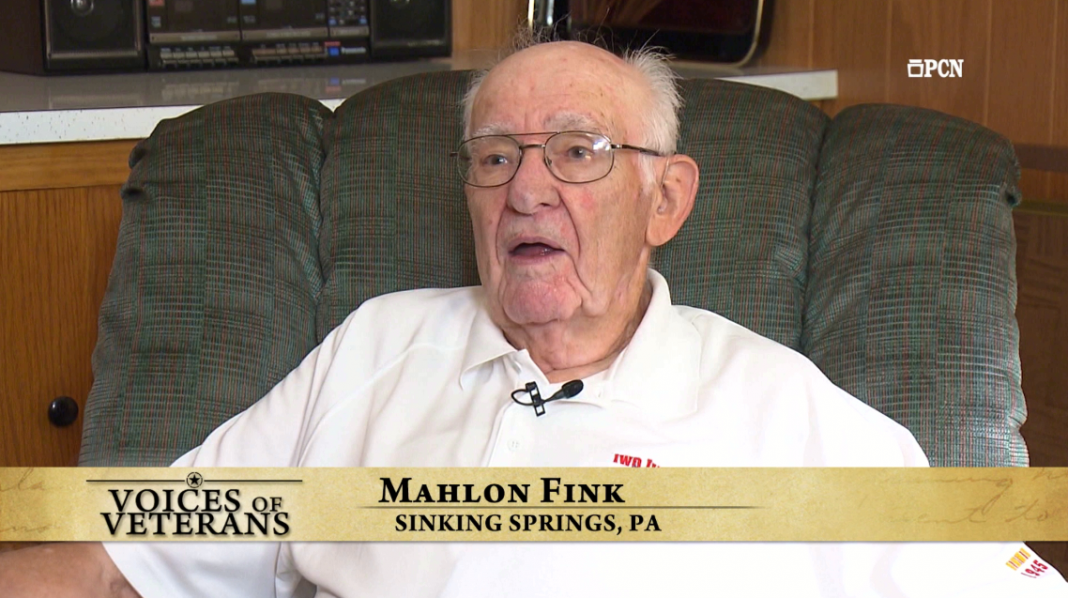 On August 14, 1945, Japan announced its surrender to the Allies on what’s now known as V-J Day, or Victory over Japan Day. V-J Day is celebrated on September 2, the day the declaration was officially signed and World War II came to an end.

In 2002, Pennsylvania Cable Network began interviewing WWII veterans to get a rare glimpse into experiences only those who served can tell.

In 2011, the show expanded to include veterans from all conflicts up through Afghanistan and Iraq, and renamed to Voices of Veterans.

On August 14 at 9pm, and all day on September 2nd, PCN will feature several stories of brave men and women, including Mahlon Fink of Sinking Spring, who was a Corporal in the U.S. Marines during World War II.

Mahlon was a student at Reading High when World War II broke out. He dropped out during his sophomore year to join the US Marines, enlisting for service on his 18th birthday.

He was awarded a Purple Heart for injuries sustained during the battle of Iwo Jima. Mahlon died at the age of 93 on February 27, 2019.

The week-long marathon of Voices of Veterans, begins August 31 through September 6, and can be seen on PCN cable and online with PCN Select in remembrance of VJ Day.

Pennsylvania Cable Network is a private, non-profit cable television network dedicated to 24-hour coverage of government and public affairs in the Commonwealth of Pennsylvania.