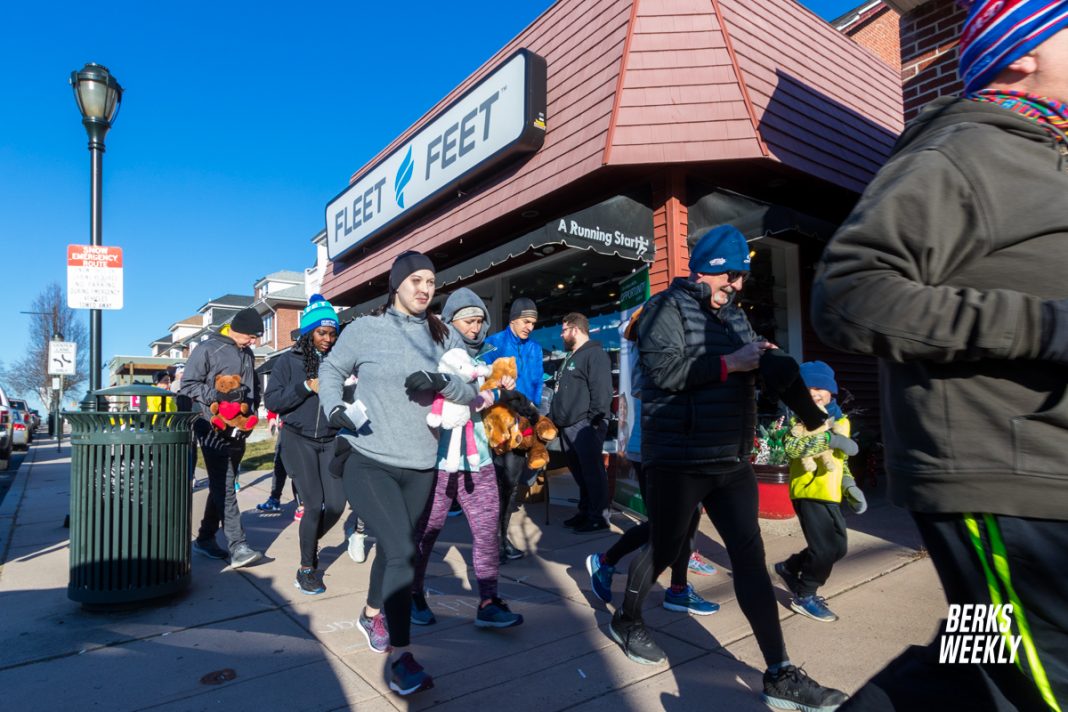 It was a brisk start to the today as 50+ runners gathered in West Reading Saturday morning for the 2nd annual Teddy Bear Run, hosted by Fleet Feet. Benefiting Opportunity House in Reading, runners were encouraged to donate teddy bears for children in the shelter.

Fleet Feet store manager, Zach Barker, was inspired to create the Teddy Bear Run following his visit to the Reading Royals Teddy Bear Toss. “I had just talked to a few friends in the running industry about hosting a charity event for the Opportunity House” said Barker.

“Ironically, I also happened to attend a Royals game where they tossed bears on the ice. I thought that was a cool idea, and thought I could put together an event where people run the bears to the shelter.”

Around the same time, Barker also began selling a Finnish running shoe brand called Karhu at Fleet Feet. Karhu also means bear in Finnish. Barker thought it would be a great opportunity to partner with them to host the charity run. 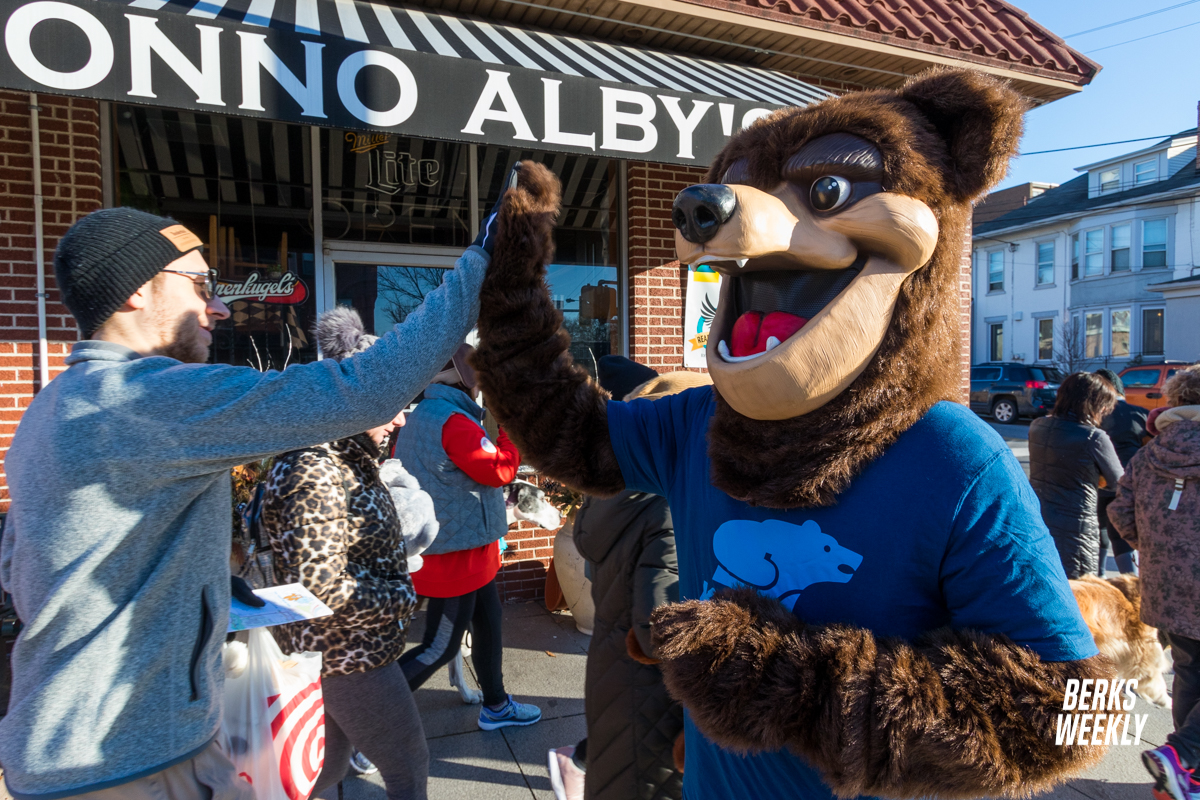 One of the runners braving the freezing weather was Steven Holgate. “Its a healthy social way to give back to the community.”

Unlike typical 5k running races, the Teddy Bear Run was started in waves according to running pace. Walkers and joggers started first, with faster paced runners following soon after.

Once departing West Reading, runners traveled 1.25 miles across the Buttonwood Street bridge into Reading, all to meet at the Opportunity House at the same time. In place of a registration fee, runners were encouraged to make a monetary donation to Opportunity House along with bringing a teddy bear.

“It’s a nice morning, a little bit chilly, but it should be a fun 5 mile run” said Opportunity House president Modesto Fiume as he was warming up for the run.

“We are happy to be the recipient of Fleet Feet’s generosity. Apparently, we learned that it was such a big hit, that other Fleet Feet stores are replicating across the county.” 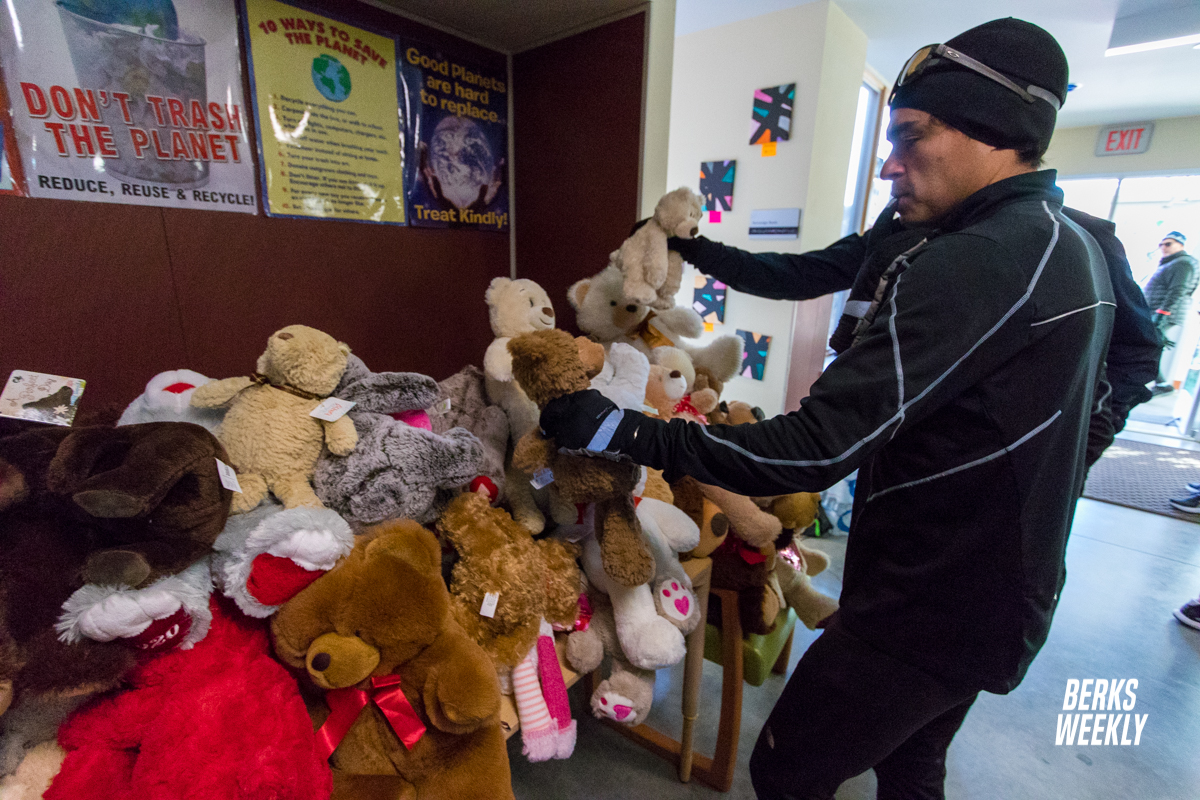 Over 200 kids a year attend the Opportunity House Learning Center from ages 6 weeks to 13. The teddy bears donated will be provided to kids in the homeless shelter, learning center, and Children Alliance Center.

After dropping off the teddy bears, runners traveled another 4 miles through the city following the Schuylkill River Trail, past Reading Hospital, eventually making their way back to Fleet Feet.