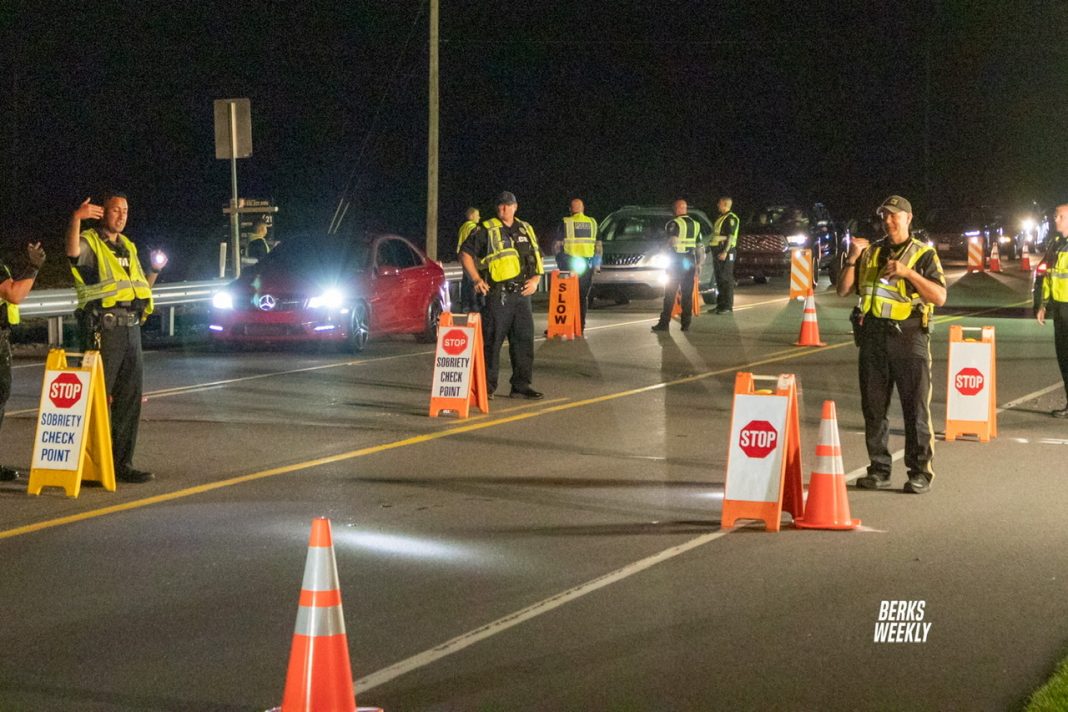 Officials with the North Central Regional DUI Enforcement Program have announced they will be conducting sobriety checkpoints, roving DUI patrols and COPS in SHOPS enforcement operations in an effort to get impaired drivers off local roadways.

“Police Departments throughout Berks County congratulate the graduates who have endeared trying times through the COVID pandemic. We want to remind those graduates police will take a zero tolerance policy for underage drinkers. That same zero tolerance policy will be employed for anyone who is stopped and found to be driving while impaired” reads a statement by the North Central Regional DUI Enforcement Program.

Officials also want to remind the public that adults who serve alcohol to a person under the age of 21 will be arrested, and that the underage person who was found to be drinking will also be arrested.

“Think about those kids; they’ve been drinking, they leave, they get into an accident, they seriously hurt or kill someone in their vehicle, they kill someone else, or kill themselves. That’s a huge liability for the people who hosted the party in the first place.”

In addition to increased underage drinking activities, Police will be conducting Roving Patrols and Sobriety Checkpoints on area roadways looking for impaired drivers.

Travelers are reminded that if they suspect a drunk driver to call 911. To report underage drinking, call 1-888-under-21.

Sobriety Checkpoints and Roving Patrols are funded by the Pennsylvania Department of Transportation and the National Highway Traffic Safety Administration.