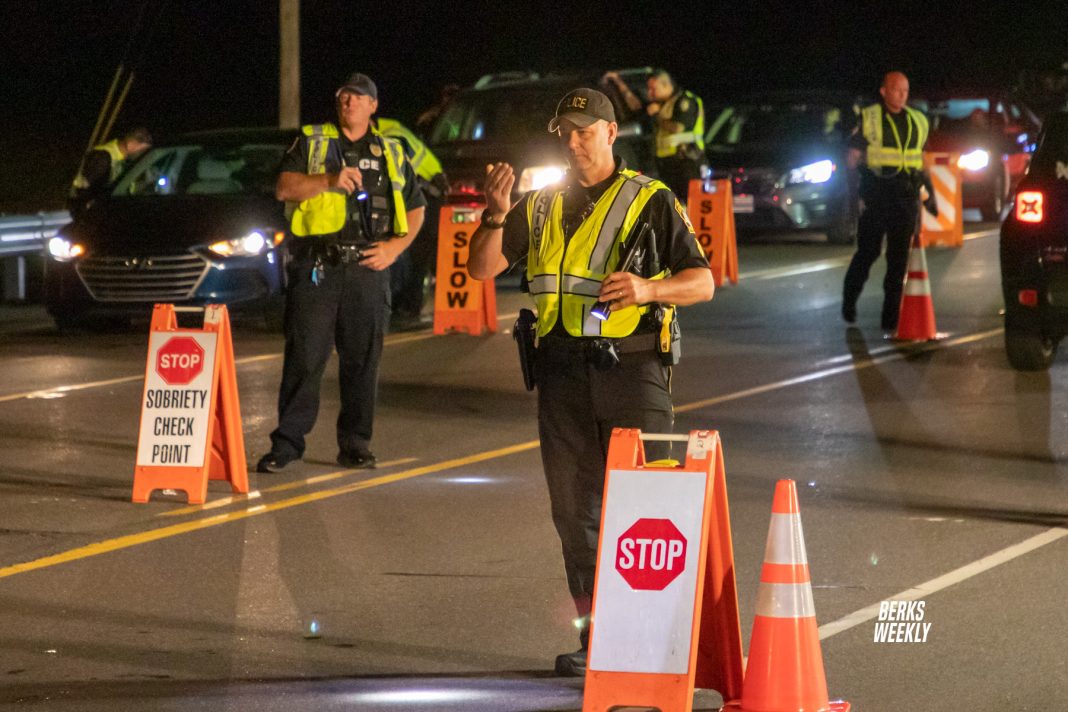 Berks County Police Officers will continue an aggressive driving and DUI enforcement wave through the end of the month.

As summer nights begin to shorten, police officers across Berks County will both participate in aggressive driving details and be vigilent to take impaired drivers off local roads.

The North Central Regional DUI Enforcement Program is reminding all travelers to drive safely as the summer comes to an end. Expecting increased alcohol use and drivers operating under the effects of drugs, police will be conducting increased DUI enforcement this weekend.

“A DUI costs thousands of dollars and puts you and your passengers and everyone on the road at risk. For the cost of a sober ride, that can be avoided and keep people safe. There’s never an excuse to get behind the wheel of a vehicle after you’ve been drinking.”

Sobriety Checkpoints and Roving Patrols are funded by the Pennsylvania Department of Transportation and the National Highway Traffic Safety Administration.