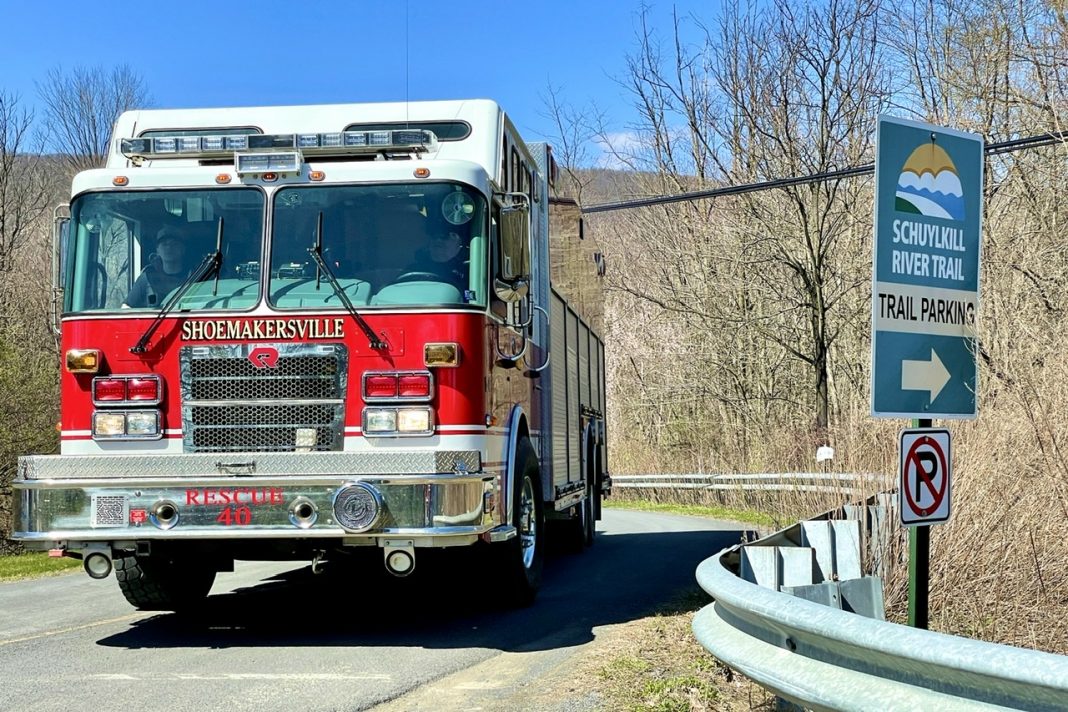 Firefighters in Tilden Township rescued a 64-year-old woman after she fell 50 feet down a cliff from the John Bartram Trail Tuesday afternoon.

Rescue crews were dispatched to mile marker 2.5 of the trail near the Berk/Schuylkill Country line around 1pm for the report of a bike rider who off the trail down a cliff.

Police on-scene say the woman suffered a medical emergency while riding her bike, which caused her to fall off the bike, and down the cliff, eventually landing near railroad tracks.

It took rescue crews more than an hour to locate and extract the woman and her husband, who initially called 9-1-1.

Police say the woman suffered a head trauma during the fall, which prompted rescuers to request the MedEvac helicopter to transport her to the hospital.

Firefighters from Hamburg, Shartlesville, Shoemakersville, and Tilden Township Police assisted in the rescue.