Board Officials Discuss Future of the Reading Public Museum’s Arboretum 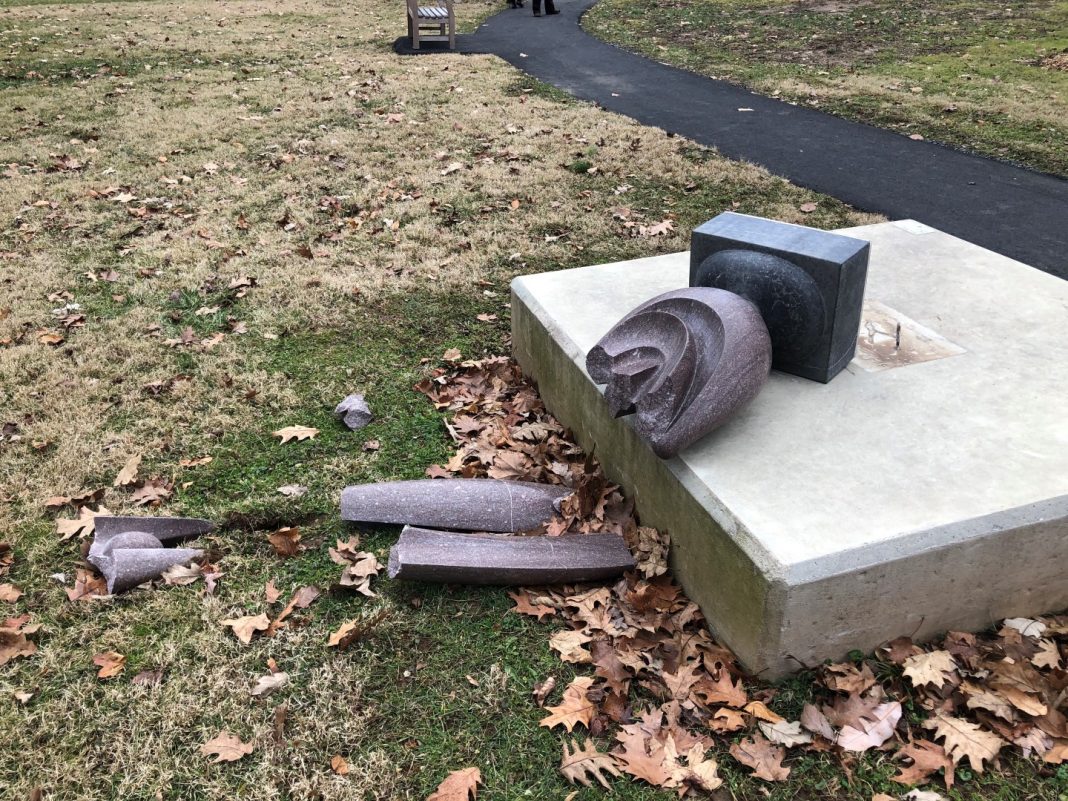 In addition to January’s incident, during which signage and benches were destroyed and an outdoor sculpture was toppled from its mount and irreparably damaged, The Museum has dealt with vandalism and theft at some of its outbuildings, including a highly publicized attack on an animatronic dinosaur during the summer of 2016. In addition to these “man-made” issues, major flooding has occurred in the past two years causing hundreds of thousands of dollars in damage to the arboretum grounds including many improvements recently installed by The Museum.

The Arboretum strives to be a place for the community and families to enjoy walking, biking, and enjoying the landscaped grounds. However, these recent vandalism and flooding incidents have increased The Museum’s concern for the public’s safety, the liability of the Foundation, and the liability of the Reading School District, which owns much of The Museum’s real estate, including the Arboretum. These events raise questions about the financial viability of continuing to fund both the outdoor (Arboretum) and indoor (museum and planetarium) properties.

“In addition to the thousands of volunteer hours spent caring for the arboretum each year, the Foundation for the Reading Public Museum is spending hundreds of thousands of dollars annually in maintaining and improving the grounds,” noted The Museum’s Director John Graydon Smith.

“With the addition of lighting and new sculpture in recent years, as well as the resurfacing of the pathways last summer, The Museum has spent more than a half million dollars in the Arboretum, which doesn’t even include regular care and maintenance of the property.” 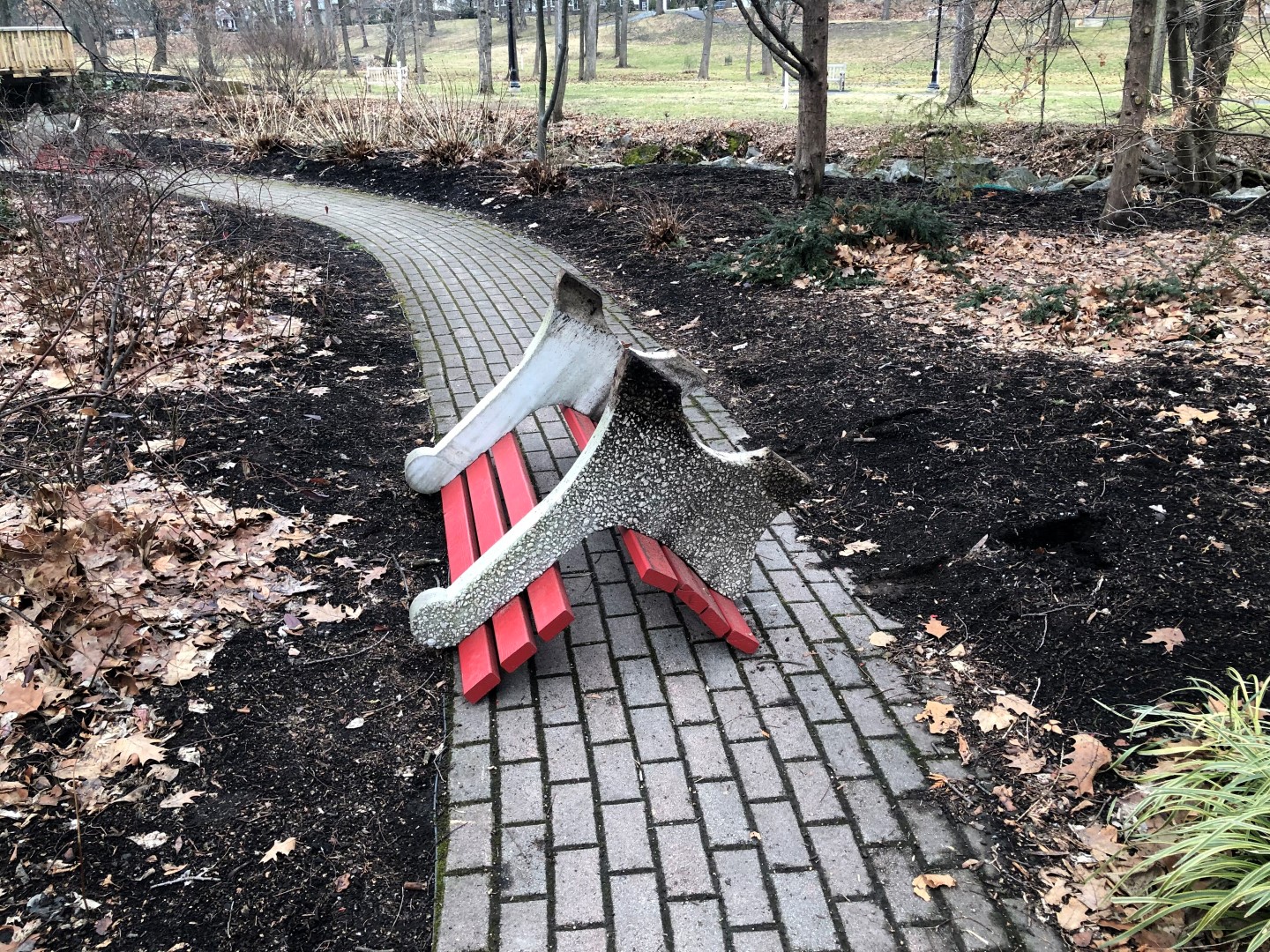 The most recent vandalism destroyed a sculpture entitled Duet by artist Miklos L. Sebek. The sculpture was a gift to The Museum from the artist back in 2018. In addition, several benches in Trudy’s Garden, a dedicated memorial in the Arboretum, were turned over and extensively damaged. Signage was also ripped out and other items were tossed into the Wyomissing creek. The extent of the recent damage to the Arboretum has not yet been ascertained, but is estimated to be approaching $100,000.

In June of 2019, The Museum’s Arboretum was devastated by flooding which caused numerous memorial benches and a sculpture to be swept down the Wyomissing Creek into the Schuylkill River. Since the flooding, most of the benches have been recovered, cleaned, and reinstalled. The sculpture is in the end stages of repair and is scheduled to return to the Arboretum in the next few weeks for installation. Needed repairs to a pedestrian bridge and the creek banks remain unfunded.

Chuck Harenza, the Chair of both the Foundation’s Board and its Building and Grounds Committee, noted, “All of us who grew up visiting the Museum and the Arboretum think about it as one entity – The Museum. The Foundation has strived to continue to make the Arboretum a special place for leisure outdoor activities and to relive past memories while making new ones. The Foundation Board, the countless hard-working volunteer arboretum assistants and The Museum’s Building and Grounds team are justifiably proud of the Arboretum, but it takes a lot of time and costs a lot of money each year to maintain.”

Harenza cited The Museum’s mission statement noting that “‘The mission of the Reading Public Museum, a dynamic center of lifelong learning and discovery, is to educate, enlighten and engage current and future generations through the collection, preservation and interpretation of objects of art, science and civilization.’ Reference to maintaining an arboretum is conspicuously absent. While the Foundation wants to continue to maintain the Arboretum, the vandalism and flooding and the required expenditures to rectify these events in addition to ongoing maintenance may become at odds with our ability to fulfill our primary mission. Being true to that mission may require some hard choices by our Board.”