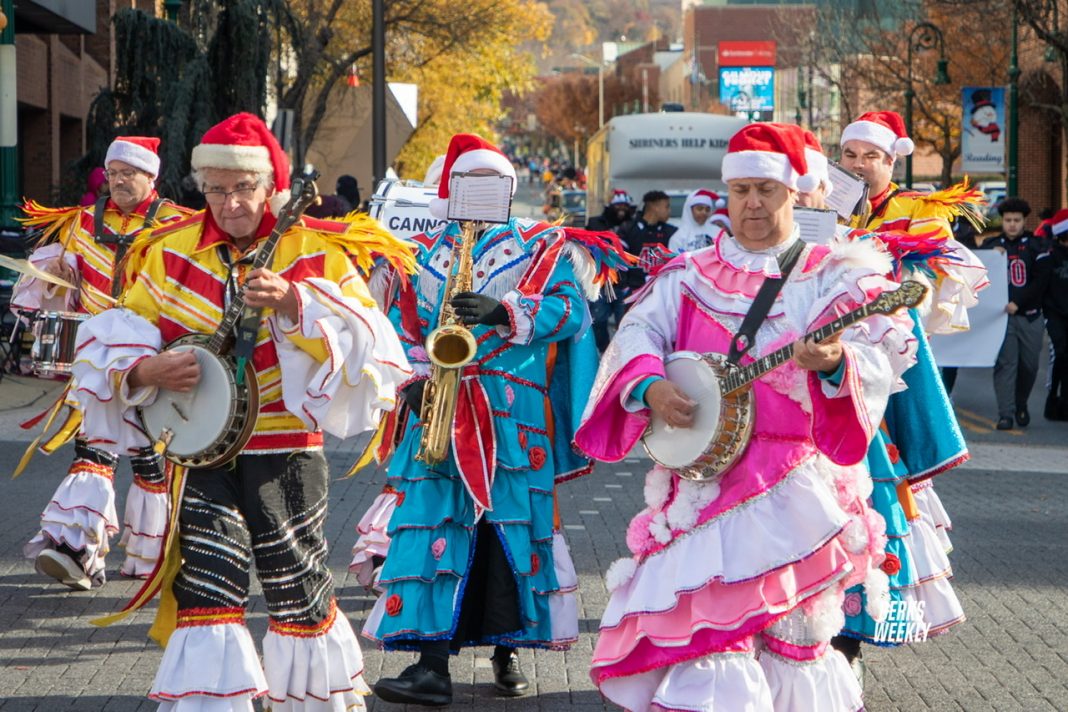 Over 75 area organizations are set to march down Penn Street Saturday, November 19, in the annual Reading Holiday Parade. The parade steps off from 11th and Penn at 10am and features 7 area high school marching bands, the Woodland String Band, which performs annually in the Mummer’s Day Parade, floats, dance groups, and more.

In preparation for the City’s Holiday Parade, those traveling to downtown Reading will experience the following traffic changes:

All vehicles parked along this route need to be moved by 6am Saturday, as traffic enforcement and towing will begin at 6:30am. At approximately 7am, traffic through City Park will be shut down, and parade participants will have access.

All traffic coming into the City via the Penn Street Bridge will be directed to turn left on 2nd Street and right onto Court Street to proceed eastbound.

3rd Street, 4th Street, 8th Street, and 9th Street will remain open for traffic traveling north and south across Penn Street. The traffic at those intersections will be controlled by a Police Officer who will direct traffic across Penn St, but NO traffic will be permitted to turn onto Penn Street.