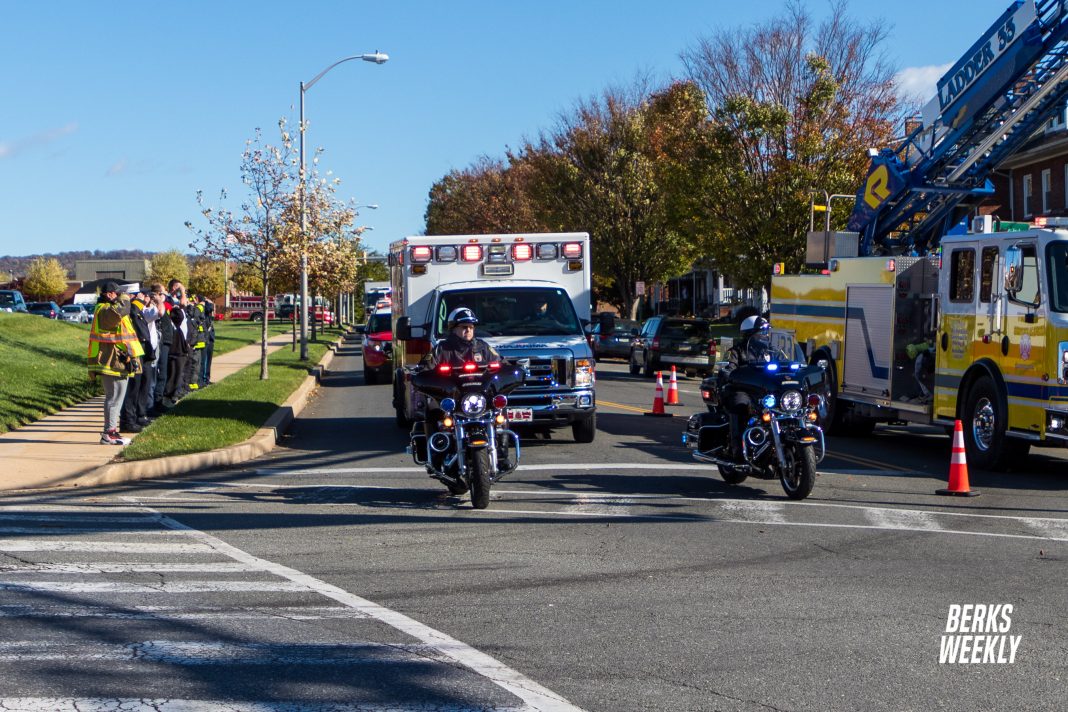 Black drapes hang above the doors of the Neversink Fire Station as the City of Reading Fire Department mourns the loss of Firefighter James “Corky” Lerch Jr., who lost his battle with cancer on October 28, 2020.

Lerch, 49, was a South Heidelberg Township resident and a 19-year veteran of the department. At the time he was also a state fire instructor, and a former volunteer firefighter for the Neversink Fire Company, Kenhorst Fire Company and Sinking Spring Fire Company.

According to his obituary, Lerch was a 1989 graduate of Twin Valley High School, excelling in cross country as a member of the school’s first district championship team.

On Monday afternoon, local first responders from several agencies lined the streets of West Reading to pay their respects as Lerch was moved from Reading Hospital to Kuhn Funeral home.

A celebration of life service is scheduled at Kuhn Funeral Home on November 7th. Lerch is survived by his wife, three daughters, and one granddaughter.