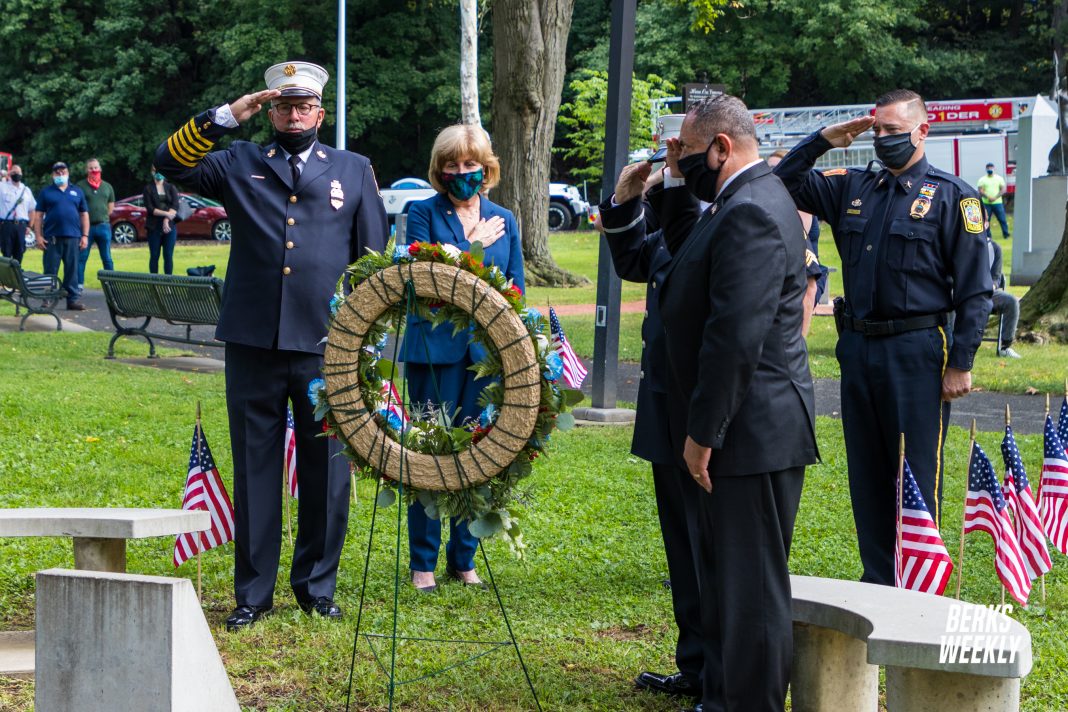 The haunting sound of bagpipes filled the morning air as many gathered at City Park in Reading to commemorate the 19th anniversary since the terrorist attacks of September 11, 2001.

The somber mood of the ceremony was heightened by the masks worn by everyone at the memorial, as Fire Chief Wiliam Stoudt reminded those present to remain masked and maintain social distancing measures.

However, despite the solemnity and reverence of the event, a theme emerged triumphant above the grief–a theme of courage, love of country and of others, and overall, of unity in the face of adversity. 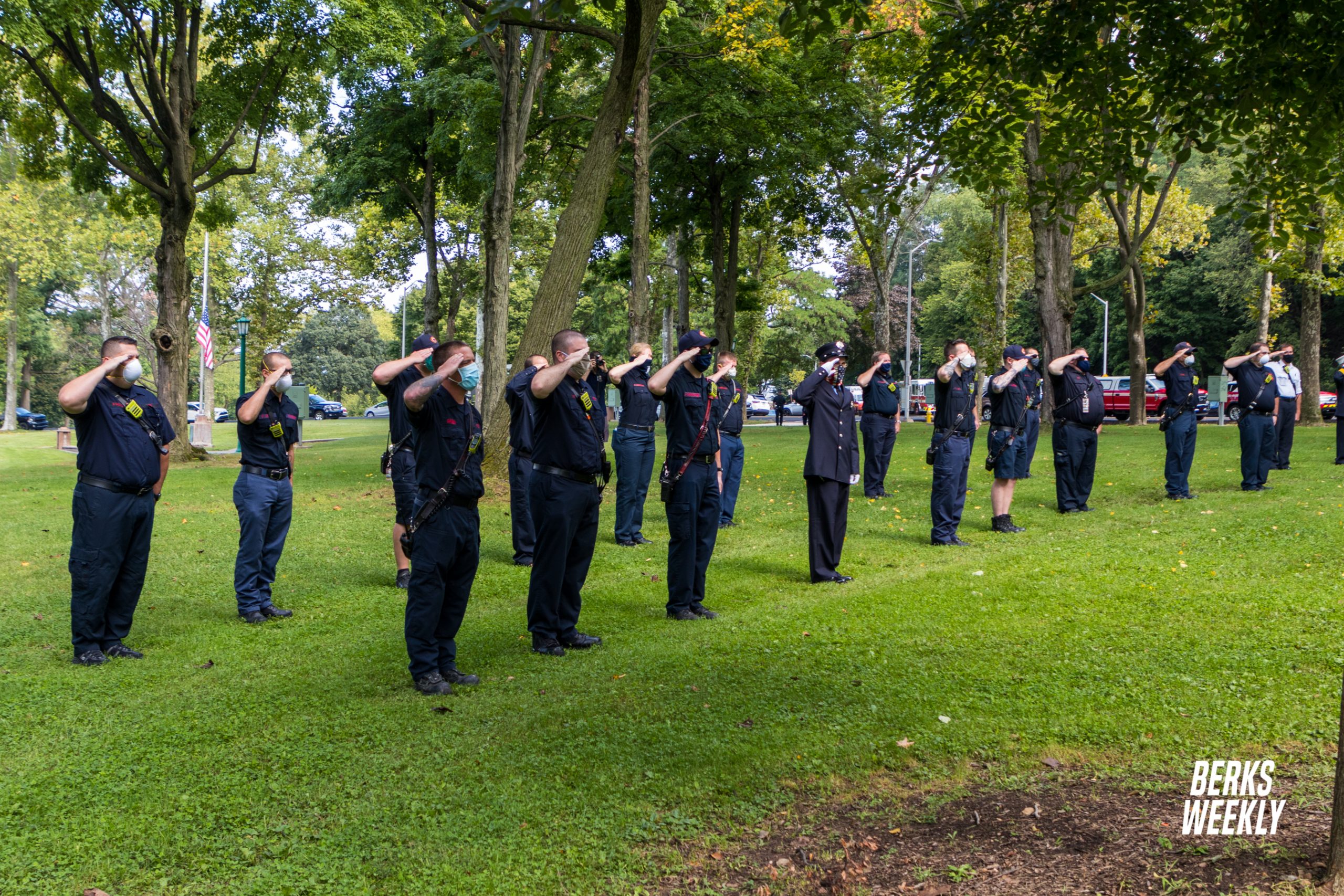 Many of the City of Reading’s finest first responders and elected officials made an appearance at the memorial service, which was both opened and closed in prayer from a local Pastor. In a moving speech prior to the opening prayer, he shared with those present that on September 11, 2001, he was serving as a pastor, probation officer, and Army Chaplain.

Following the opening prayers and remarks, Eddie Moran, Mayor of Reading, delivered a heartwarming speech in which he exhorted those gathered to “never forget the first responders–our heroes,” of that fateful day.

Moran went on to commemorate not only the heartbreak of the attacks, but to commend the “survivors and family members of 9/11 victims, who recovered from grief and rebuilt this country stronger to carry on”, and the “generation [who became] defenders of the United States of America” as a result of witnessing the tragedy of that day. 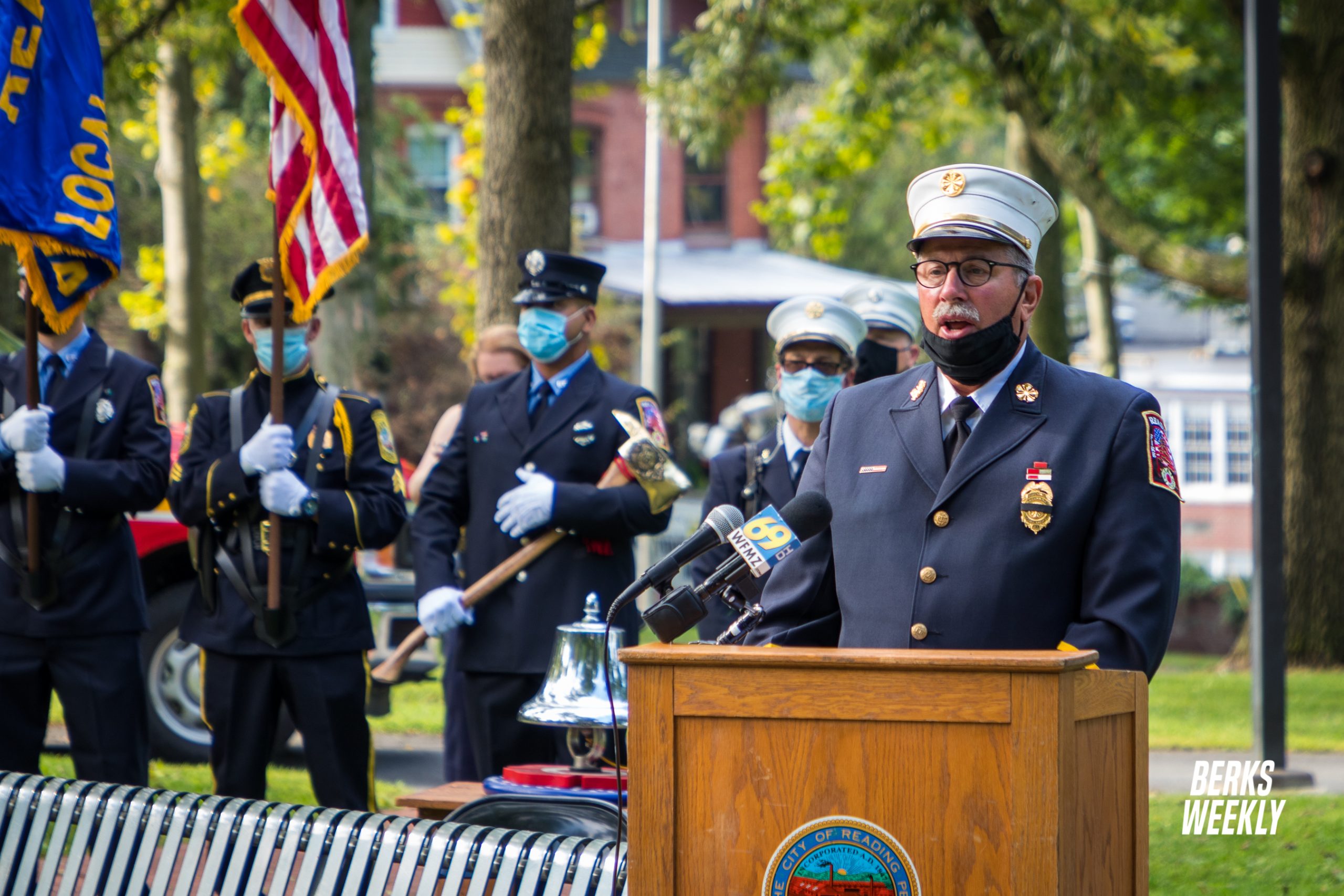 All speeches shared the central values of honoring those lost, commending those left behind, and reminding all gathered of what makes our country great–our patriotism, our love of one another, and the resilience of the American spirit.

Moments of silence were somberly observed at both 9:59 AM and 10:28 AM to commemorate when both the South and North Towers fell, and a series of bells pierced the still morning as those gathered rose to remember the lives lost on that tragic day.

Following the silence and the laying of a wreath to honor those lost, and encouraging words of Jesus from Matthew 5:4 were shared with the crowd: “Blessed are those who mourn, for they will be comforted.”

While 9/11 will always be remembered as a dark day in American history, may the words of Sergeant Mendez’s speech resonate with us all as we look forward to a brighter future:

“Heroism will always beat out terrorism.”